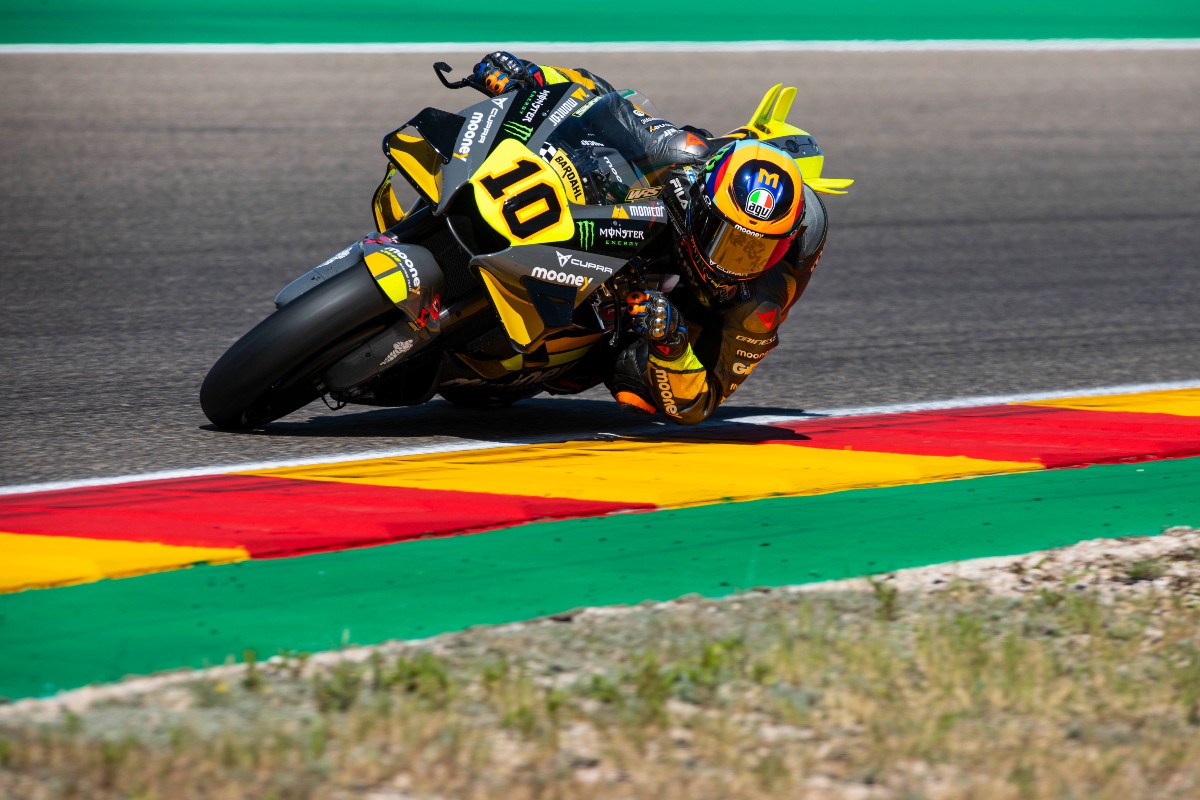 Another beautiful race with both riders in the top 10 just ended for the Mooney VR46 Racing Team at Aragon. Luca Marini crossed the finishing line in seventh place, also recording the fastest race lap (Lap 4, 1’47.795), while Marco Bezzecchi finished in tenth place.

Starting from the P14 on the grid and after an excellent start on the Ducati Desmosedici GP, Luca immediately recovered several positions. Then locked in the battle of the first laps, he lost contact with the very first guys but imposed an excellent pace up to the chequered flag and secured 7th place. With today’s points he is in P12 in the general standings (91 points).

Another growing weekend for Marco, seventh on the grid and penalised by the crashes that characterised the first phase of the race. Forced into 12th place after five laps, he climbed back up the standings and scored his 7th top 10 of the season, confirming himself first among the rookies (74 points, P14 in the general standings) on the eve of the trip to Japan where he will race the next Sunday.

I am super happy with this race and with this very positive result collected in the first of three races in a row. I was fast, I signed the new lap record in the race and I hit a nice P7. Considering that we are in Aragon, a track that is always a bit difficult for me, I can only be satisfied. A pity only for the start, at the beginning in the battle I lost ground, I tried to mend the gap then. I had a good feeling, especially out of the slipstream, while in the group I often lost the front. I am growing as a person and as a rider, with the Team, David, Dani, Idalio and everyone else we have done a great job and I’m sure we will do well in Japan.

A good race and another top 10, I’m happy. I had a good sprint at the start, but right away at Turn 1, I got stuck between two riders and lost a lot of ground. Even in the crashes of Quartararo and Nakagami I was close and I was forced to give up positions in order not to crash. I tried it then, I kept a good pace and I’m happy also in light of the away matches that await us in the coming weeks.