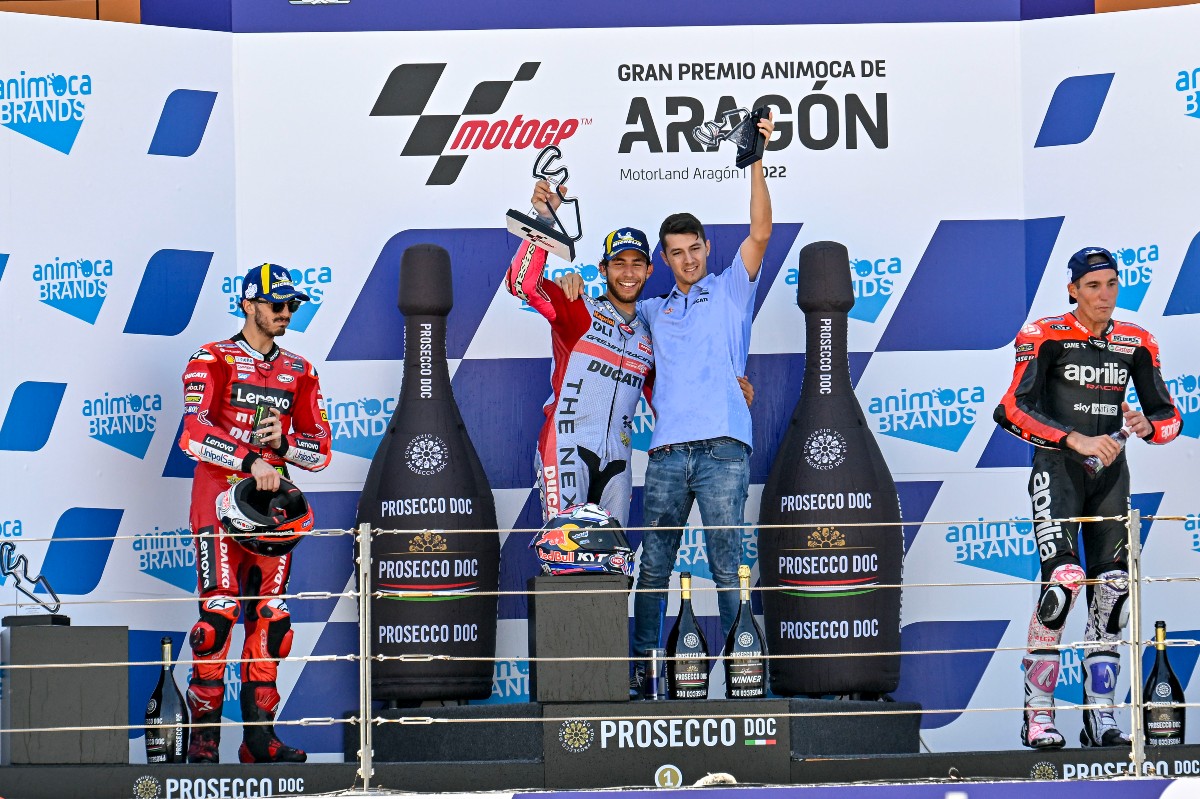 Today’s win by Enea Bastianini at MotorLand Aragón can be considered as favour return after Misano and it is without a doubt the fourth top-step trip of the season for him and Team Gresini Racing MotoGP, one that came at the end of a truly masterful performance by the Italian rider, who delivers the Constructors title to Ducati (also due to Quartararo’s DNF) and narrows the gap to the top of the standings down to 48 points.

Fabio Di Giannantonio’s unlucky weekend carried over into race day as after being held back by yellow flag situations in Q1, today he had to avoid Nakagami as the Japanese rider slid onto the asphalt after a coming together in the early moments of the race. Japan is around the corner, however, and with it a chance to make amends.

Great victory and definitely not an easy one, because just like in Misano Pecco didn’t make any mistake. I made a move in the same moment: I was close, had margin and made it happen. I need to keep the momentum going in these last five GPS; I never raced in Japan with a MotoGP bike but I want to do well and try to always be on the podium.

If yesterday we weren’t lucky enough in Q1, what about today… the crash by another rider during the first lap basically eliminated us from the race. I had a good pace and I surely could have aimed at a good result otherwise. We will try again in Japan.