Espargaro back on the podium with 3rd at #AragonGP, 13th for Viñales 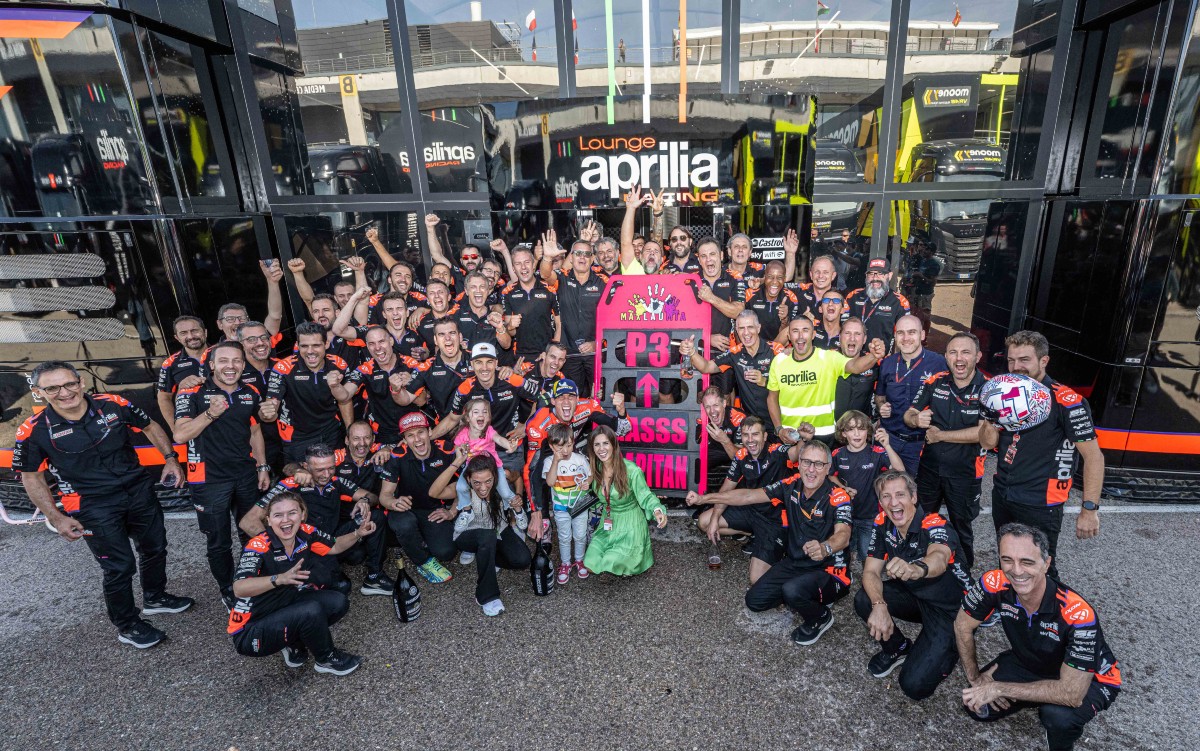 Yet another great race for Aleix Espargaró who, supported well by his Aprilia RS-GP, took a third-place finish in Aragón that earned an impressive 16 points on leader Quartararo and takes him to just 17 points behind the championship lead. Now, ahead of the Asian double-header in Japan and Thailand, this keeps Aleix firmly in the running for the championship title battle and confirms his status as one of the top protagonists of the 2022 season.

At the same time, Aprilia has now overtaken Yamaha in the Constructor championship for second place – a reward for the hard work the Italian factory has done in this exceptional season.

In the race, a group of five riders quickly moved out into the front of the pack and Aleix established himself firmly, first in fifth place and then in fourth after overtaking Miller. After staying behind Binder for a long time, he launched his attack on the penultimate lap, then defending third place all the way to the chequered flag.

For Maverick Viñales, one of the fastest riders throughout the weekend, the race was compromised by his qualifiers which, due to a crash in the decisive session, had relegated him to the sixth row. On top of that, Maverick was hindered on the first lap due to a crash in front of him. He rode a difficult catch-up race where, in any case, he finished thirteenth and took home three championship points.

What a race! It was not a simple weekend. Pressure was high before we even arrived here and maybe that had an influence on me. I had to rebuild my confidence lap after lap but in the end, in the race, despite not having the pace to win, I achieved the best possible result. In the early laps, I decided not to push too hard and that allowed me to still have something left in the finale to overtake Binder. After what happened to Fabio, the championship is clearly more wide open than ever. There are riders who are faster than me right now but they are in a position where they have to win, whereas for us a good result is already a great satisfaction, so we’ll try our best and have fun all the way to the end!

To be honest, we had the pace to battle in the top spots today. Unfortunately, we didn’t work well on Friday and Saturday and we paid the price for that. It’s a pity. We need to think about what happened and get back to the level we know we can maintain. On the other hand, we are back in the battle for the title with Aleix and that is the most important thing. In the upcoming races, being fast will also mean being able to help my team mate.