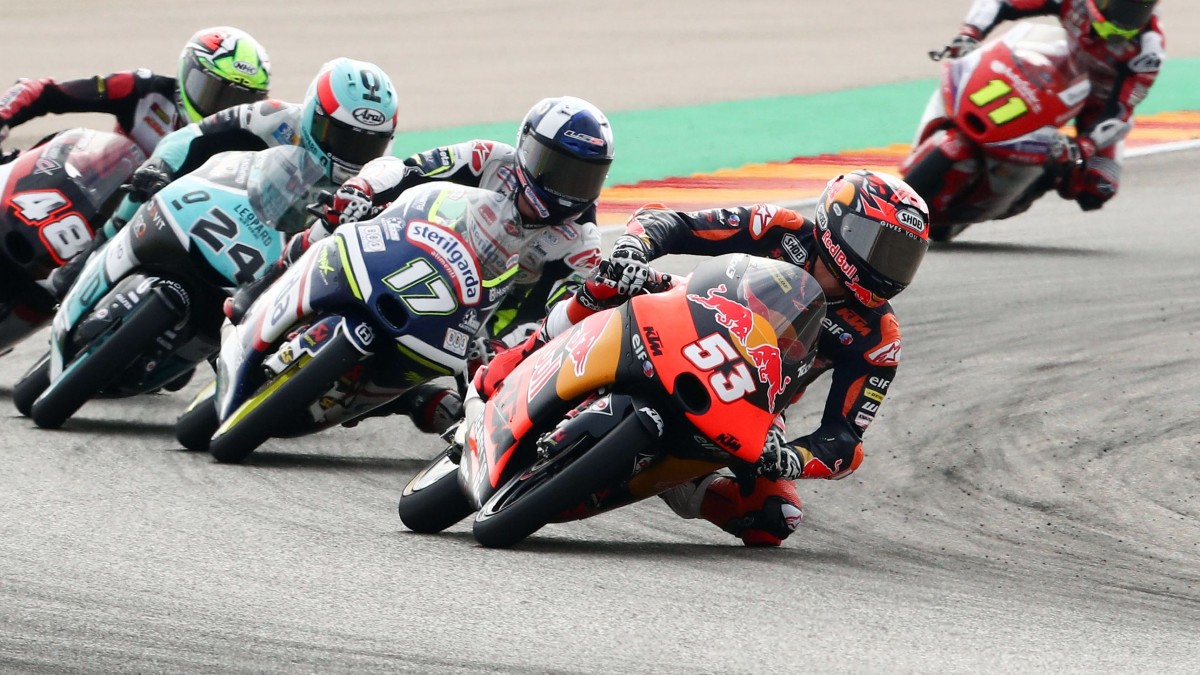 Red Bull KTM Tech3 will be traveling to Asia with big smiles on everyone’s face as the crew is leaving MotorLand Aragon with their best team’s result of the season as both Deniz Oncu and Adrian Fernandez finished in the top 5 today.

Fast on track all weekend, Deniz Oncu was starting the Gran Premio Animoca Brands de Aragón from P13 following a disappointing qualifying session during which he encountered a technical issue. When the lights went out at 11:00 (GMT+2) this morning, he made it to the top 5 within five laps but the top 3 riders had already made the gap, making it harder for Deniz to catch up with them. He rode in a similar pace to the top front guys, even setting a new fastest lap record (1’57.896). He finished fourth and grabbed another thirteen points for the championship before heading to Japan.

Teammate Adrian Fernandez was starting from P15 but had been feeling confident all weekend with promising lap times. When the race started, Adrian took a really good start and jumped to the Top 10 within a couple of laps. Clearly wanting for a good result today, he attacked the entire race as he progressively made his way to P5 behind his teammate. The following lap, he got pushed away and found himself in P14, but produced an incredible comeback all the way to P5. The Spaniard grabs his best Moto3 result and will head to Motegi Circuit with high hopes of replicating this performance.

I tried to take a good start, but the top 3 guys made the gap really quickly, so it was difficult to catch up with them. I did my best again today and tried everything I could. It is another P4 for me and important points for the championship before we head to Asia.

Fantastic day. I have no other words. It was not an easy race at all, there were a lot of battles with other riders but I was feeling really good on the bike. I was focused and did some good overtakes. To finish in P5 from P15 is incredible and I am really proud of the work we have done with the team. Thank you for their support this weekend. Let’s head to Asia now!