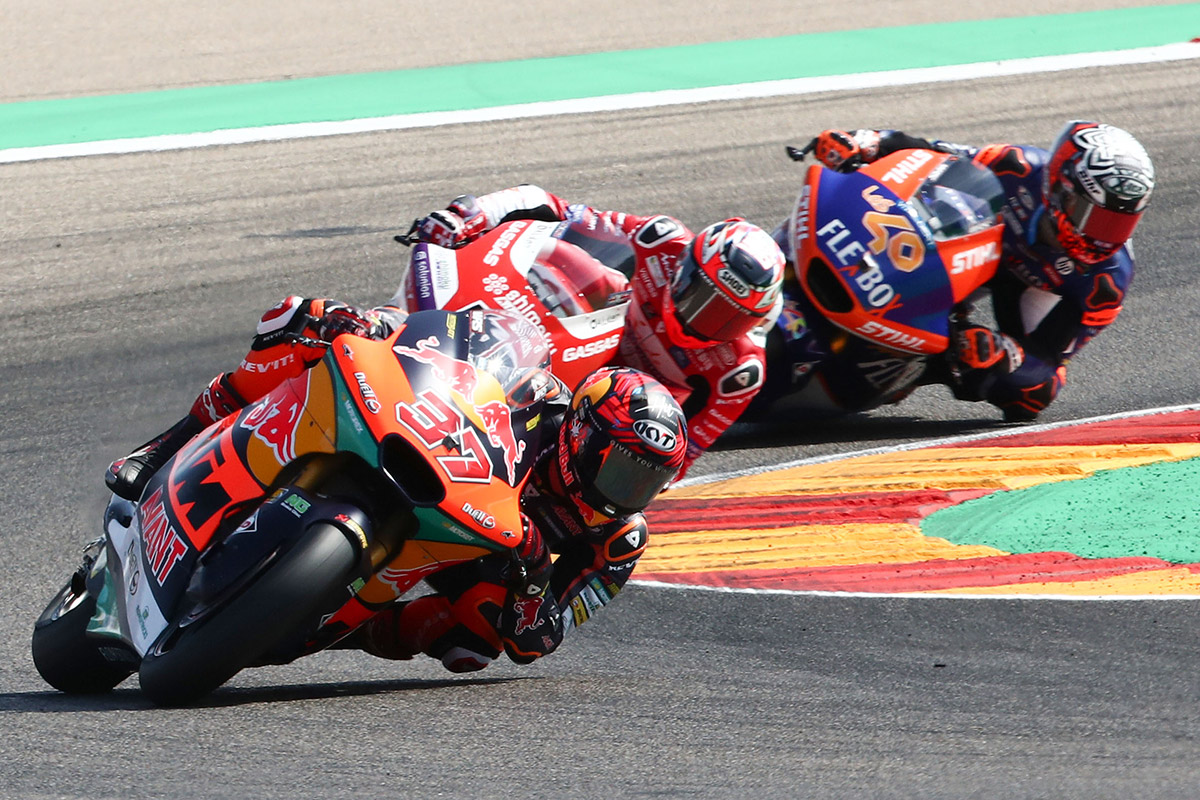 Red Bull KTM Ajo Moto2 had a great race at the Aragon Grand Prix, as Pedro Acosta took victory at MotorLand and was joined on the podium by Augusto Fernandez.

Fernandez was on the front row and moved into the lead in the early stages of the Aragon Grand Prix. Whilst he would hold the position for a number of laps, the Red Bull KTM Ajo rider was eventually passed by his teammate and another rider, holding on to secure a podium finish in third. With 214 points, he remains the leader of the Moto2 World Championship.

Acosta had started the race from the second row, sixth on the grid, and made steady progress up the order before reaching second place. Behind Fernandez, he maintained a good race pace under the high temperatures present at the Spanish track, then overtook his teammate at the midway mark and found some extra speed to break away. He crossed the line with a two-second lead over his nearest rival. Acosta is now sixth in the overall standings, with 123 points.

Red Bull KTM Ajo travel to Japan this week to contest the sixteenth round of the season, held from September 23rd-25th at Motegi.

#37 AUGUSTO FERNANDEZ
“I am happy with this podium. We increased the advantage in the title chase, so we are pleased about that. It is bittersweet for me, because I wanted to fight for the victory and I pushed hard from the beginning. At the end of the race I did not feel so comfortable and the front tyre prevented me from pushing more. Today was not the day to take more risks than necessary, but rather to score as many points as possible.”

#51 PEDRO ACOSTA
“It was a good race. The team gave me the peace of mind to do well and took the pressure off me. If we didn’t get the victory, it didn’t matter. That was one of the keys that determined the final result. I have to thank the team for all their work, as I felt very comfortable today. The pace of the race was high and I was able to fight for the victory. We will try to get a good result in the next races.”