Disappointing Saturday for Bastianini and Di Giannantonio, 15th and 16th on the #JapaneseGP grid 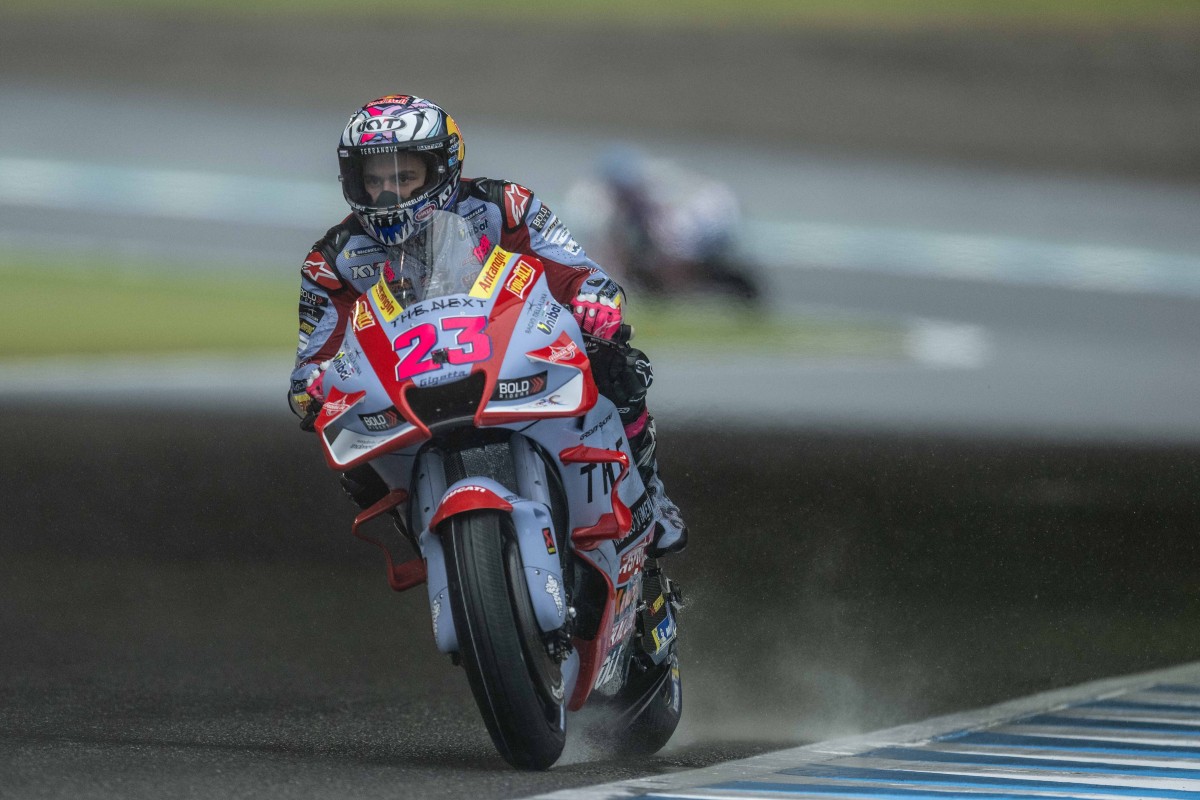 Everything that could have happened did happen, or if we look at it from a different point of view, nothing really happened. Due to the wet conditions, FP2 did not have impact on the battle for the direct seed to Q2. A thunderstorm then led to the cancellation to FP3 and pushed Q1 back by more than an hour.

On the wet Motegi track, Enea Bastianini made the same type of mistake as on Friday while battling for a spot into Q2: a low side at turn five with two minutes left took away any hope to fight for a valuable spot on the grid.

Fabio Di Giannantonio’s feeling improved; he was only 24th yesterday, while the step forward today was considerable. The rider #49 finished qualifying right behind his teammate (+0.302secs). From 15:00 local time tomorrow (GMT+9), they will try a comeback as the weather on paper looks to be a lot less adverse.

I was confident for the afternoon because we were quick in the morning in wet conditions. The crash ruined our plans as without it I would have gone for another quick lap attempt. I didn’t do anything wrong at turn five, even data confirmed it. I think we can do well tomorrow anyway; I will try to stay close to the best riders and move up quickly.

The feeling was good this morning, I had fun in the rain. Then conditions worsened and in qualifying I unfortunately didn’t have the same feeling with the front-end, especially under braking. We did a good job in the end: in Q1 there were a lot of strong riders in the rain, and it was difficult to make it into Q2. We can do well in the race, so we must prepare at our best during warm up.