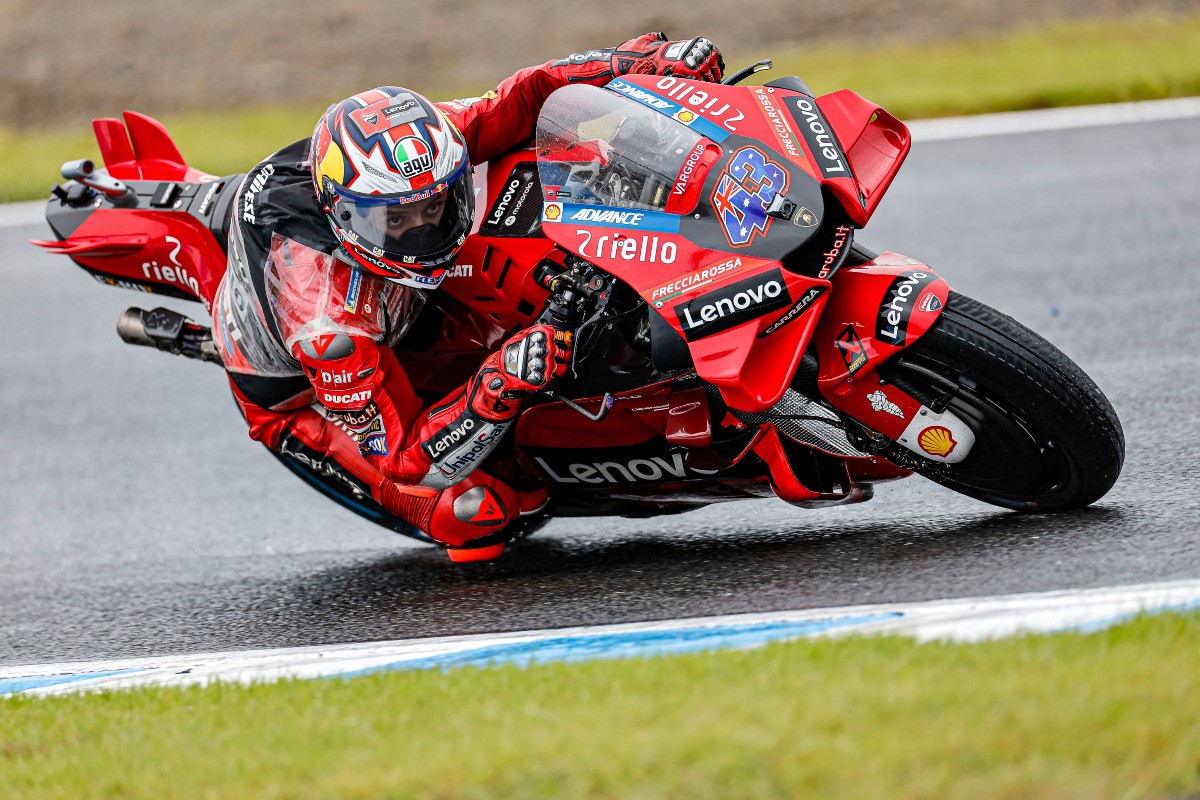 Adverse weather conditions heavily hampered Saturday of the Japanese GP: after a wet FP2 session, which kept Friday’s timesheets unchanged, the intensification of rain during the Moto2 Q2 forced the organisers to delay the remainder of Saturday’s programme and then cancel the MotoGP FP3 session, which was scheduled for 2:25pm local time.

Jack Miller and Pecco Bagnaia, respectively first and second at the end of Friday, took part directly in Q2, two hours later than initially scheduled. Miller, who had set the third fastest time in the morning in the wet, did not find the same feeling with his Desmosedici GP in the afternoon, finishing seventh. The Australian rider will therefore start tomorrow’s race from the third row. On the other side of the garage, Bagnaia will have to start from the fourth row as he could not go beyond the twelfth fastest time in qualifying.

Tomorrow is expected to be dry and will start with the warm-up at 10:40am local time for the MotoGP riders. The race will get underway at 3:00 pm (8:00am in Italy) over a 24-lap distance.

In qualifying, I suffered a lot from the lack of grip on the front: I risked crashing on several occasions, and that’s why I couldn’t be fast. Starting from the third row is definitely not ideal for tomorrow’s race, but the bike is working well, and I am ready for any conditions. Many riders with a good race pace will start behind me, so we can aim for a good result.

Unfortunately, this year we still can’t be as competitive as last year in the wet. Something is not working as it should, and we need to analyse today’s data well to understand exactly the problem. In qualifying, I had no feeling with the bike, and I couldn’t ride as I wanted to. Tomorrow’s race could be held in dry conditions, and, in this case, we know we are competitive because in FP1 yesterday, we were already able to find a good setup for the race. Tomorrow’s strategy will be to get a good start and push immediately. Even if I start from the back, I aim to fight for the win. I have already made some great comebacks in the past, so tomorrow we will try again.