Quartararo and Morbidelli take 9th and 14th on #JapaneseGP grid 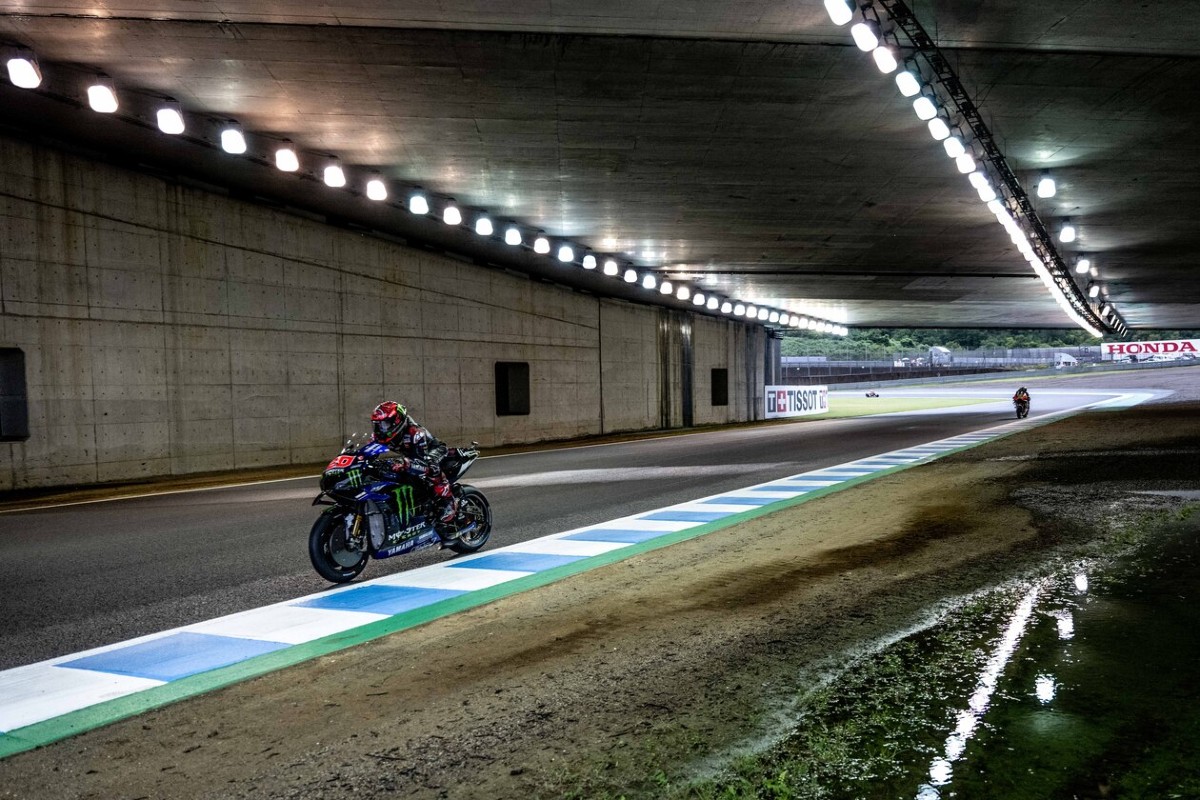 Fabio Quartararo and Franco Morbidelli‘s patience and adaptability were tested today at the Mobility Resort Motegi track. Following multiple delays due to stormy weather and tricky track conditions, the Monster Energy Yamaha MotoGP duo put in brave rides to find the limit on the still wet surface. They secured 9th and 14th place on the grid respectively.

Quartararo had been keeping a close eye on the weather and track conditions from pit lane during the Moto2 qualifying and MotoGP Q1 sessions. He put his best foot forward right from the get-go of the 15-minute shoot-out. His 1‘56.326s first attempt put him in provisional second place. However, he struggled to make further strides. He was on a good lap on his eighth and final try, but a big wobble in the third sector denied him a time improvement. He ended the session in ninth place, 1.112s from first.

Morbidelli was the first rider out in Q1, wasting no time to get a lap in. His 1‘57.368s benchmark lap earned him provisional first place with a 0.476s margin to his closest rival. But with the track conditions improving, the Yamaha man knew he needed to keep pushing. As expected, the pace picked up in the final stages. The Italian was firing in one hot lap after another but was unable to get into the top 2. He ended the session in fourth place, 0.706s from first, with a 1‘56.006s best time set on lap 7/8. He will start tomorrow‘s race from P14.

I expected much better. We’re still finding our way in the wet at this track. The feeling is good, but how to make the lap time is difficult. Our gap to first in the wet has gone down a bit, but not enough. We didn’t have so much dry track time this weekend, so we’re discussing the plan for tomorrow, and most of all the tyres. Both tyres, soft and medium, are working well, so let’s see. It will be interesting to see who will pick which tyre and what happens in terms of tyre degradation. This race will not be an easy job.

It was a complicated day because of the rain. The programme changed. FP3 was cancelled, so we couldn’t make the modifications that we wanted to make. We needed to stay still and go into qualifying with some known issues. But anyway, we tried to maximise in qualifying. I think we did a good job, but it was not enough to get into Q2. Maybe a harder front tyre would have helped us. We really have to squeeze the performance in braking here, and with the soft tyre I couldn’t really do it. I think our potential was a bit higher today, but anyway it looks like we can fight for top positions.