Augusto Fernandez 2nd and Pedro Acosta 7th at the #JapaneseGP 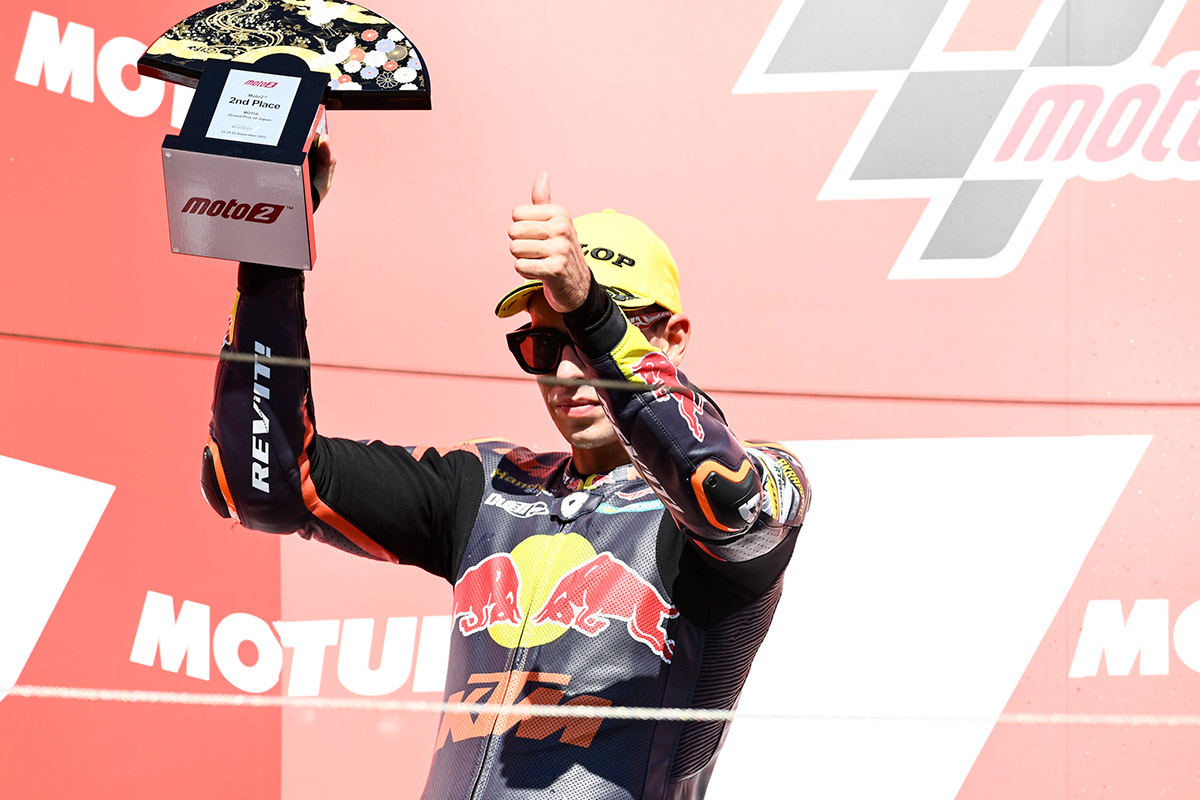 The Japanese Grand Prix weekend concluded with a great race for the Red Bull KTM Ajo Moto2 riders. Augusto Fernandez was one of the fastest competitors and finished runner-up, with Pedro Acosta gaining more than ten positions and placing seventh.

Fernandez started from the third row of the grid, in eleventh. He held his position when the lights went out, before moving his way up the order and reaching fourth by Lap 9. The Red Bull KTM Ajo Moto2 rider maintained a high pace in the race to catch up with the frontrunners and take second place. His latest podium keeps him in the lead of the overall standings, with 234 points.

Acosta was competing at Motegi for the first time, and in the race the track conditions were very different from those in qualifying. Despite starting from eighteenth on the grid, he maintained a good pace to make a steady climb through the field. After entering the Top 10, he moved up to seventh place and kept the position through to the chequered flag. Acosta is the best rookie in the class with 132 points and occupies sixth in the standings.

The Moto2 riders now move on to the seventeenth round of the season, the Thai Grand Prix, which will be held from September 29th to October 2nd.

#37 AUGUSTO FERNANDEZ
“I’m very happy with this second place. I had to push a lot from the start, without taking too many risks, as we couldn’t make mistakes. I managed to get into the top positions and maintain a good pace. It was important to get a result like this to add points for the title fight. We’ll see how it goes in Thailand, but we’re going to give 100% from the get-go.”

#51 PEDRO ACOSTA
“It’s been a good day in which we have learned a lot. What we lacked was knowing how to adapt better to the situation, especially from the middle of the race onwards. It was important to ride here because it was a new circuit for me, and we finished in the Top 10, so it’s a good result. Now we are focusing on Thailand.”