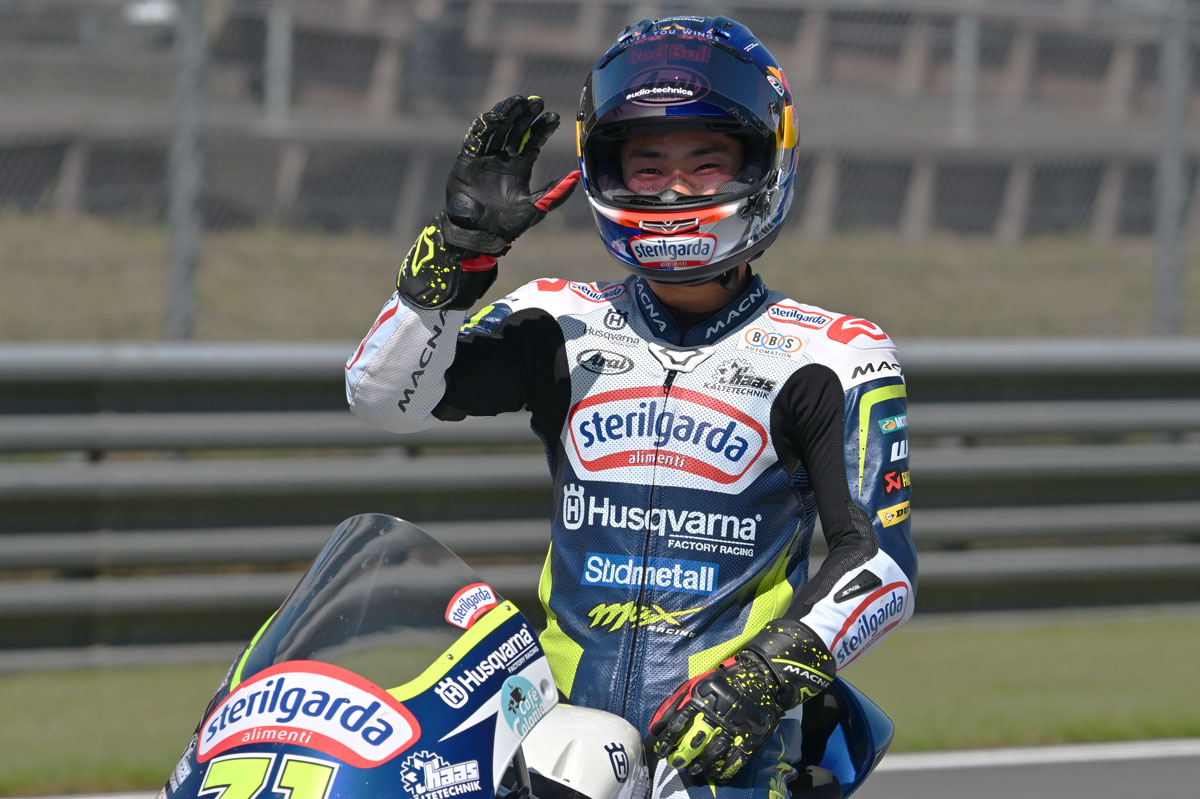 It’s nothing new to see Ayumu fighting for the victory. In fact, in the last six races Ayumu made two zeros, while in the other four races he reached the podium, obtaining on two occasions the victory.

For Ayumu this was his home race and his is the first podium of a Japanese driver in the Japanese Grand Prix, since 2009. He started very well from the third position on the grid and, after taking measurements with the track, on the fourth lap he took the first position. With a frenzied pace he held the lead of the race up to five laps from the end, achieving in the fifth lap, the third fastest lap of the race, with a time of 1’57.462. In the last two laps he suffered two overtakings, after which he crossed the line in third position. With the sixteen points of this podium, Ayumu consolidates his fourth position in the championship.

AYUMU SASAKI :
“I feel good to be on the podium in my home race. Obviously I wanted a little bit more, as I vas leading almost all the race, up to five laps from the end. I was constantly on the front, but when Guevara passed me I lost a little bit of rhythm, and then when Masia also passed me and he crashed, I have accumulated a small gap. In the last few laps I couldn’t close the gap. I had the same pace as Ian, but we had a small gap, and it was difficult to catch. I felt a little bit of a tire drop in the rear, so it was a difficult race, but finally I could lead many laps in my home GP. I could see a lot of fans out there, so I am happy to finish on the podium and hopefully we can bounce back for the win in Thailand.”

It was a solid race for John who, starting from twelfth position on the grid, on the finish line of the first lap managed to keep that position. John fought in the first group of pursuers, consisting of three other riders. During the race he defended himself with great strength, making many overtakings. After passing fifth on the penultimate lap. John crossed the finish line in seventh place. He scored the sixth fastest lap of the race, with a time of 1’57.636, made on the fourth lap.

JOHN MCPHEE :
“Today I was able to fight good in the race. This has been the weak point for me in the last half of the season, as I have been feeling very fast, but not able to pass in the race. Today we take this small joy. I think unfortunately for me in the last lap I was in the lap with maybe the three hardest brakers in this category, so even to be able to pass them on the brake was good. I just didn’t have anything left in the last lap to be able to be a little bit closer to the front. I think that with the way I am riding and the overall speed in the race, is a good step in the right direction for these next races.”