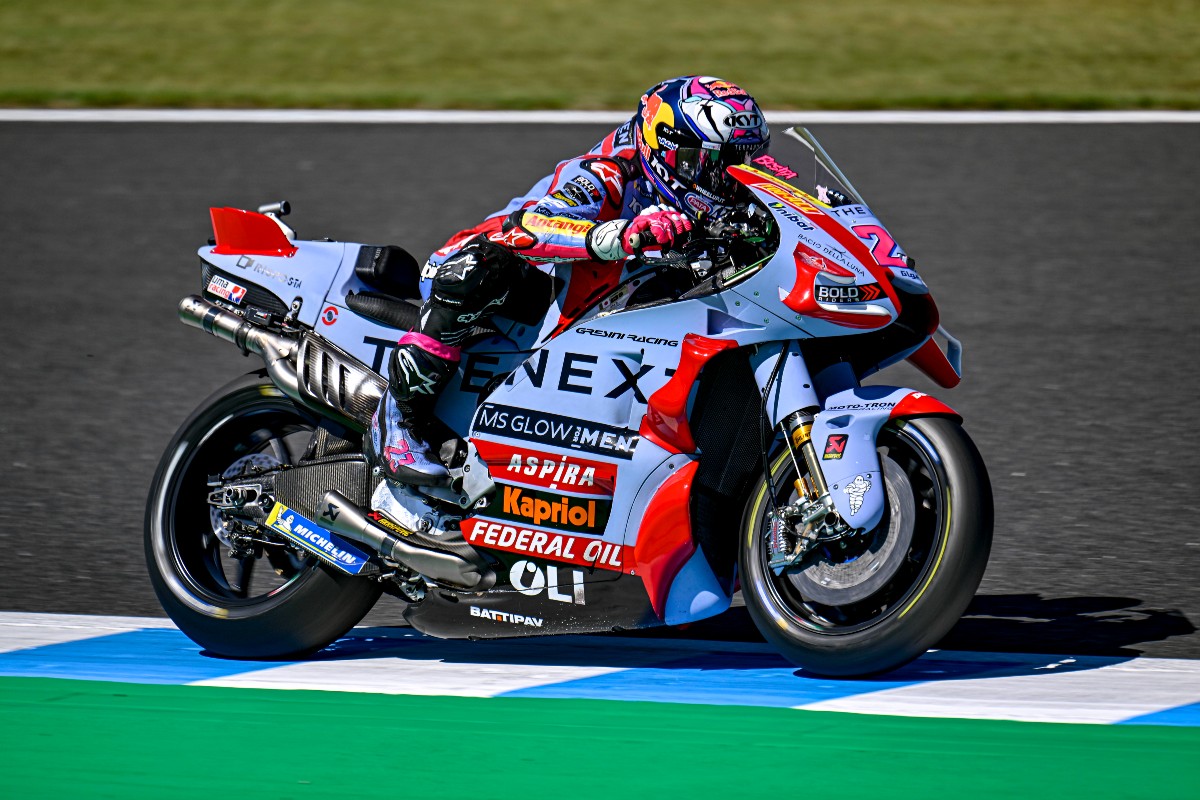 Enea Bastianini put together a good comeback in the sixteenth race of the season, which took place at the iconic Twin Ring Motegi. The rider #23, who opted for a soft tyre at the rear-end in what was a warm Sunday afternoon did well in managing a difficult race and securing a top-ten finish.

The encounter itself was a challenging one for all the other top protagonists: from Espargaró who started the race from pit-lane, to Bagnaia down on the last lap, but also with the leader in the standings – and reigning champion – Fabio Quartararo only eighth at the chequered flag. All of the above translates into Bastianini now only 24 points shy of the top three in the riders’ standings.

It was a good GP also for Fabio Di Giannantonio, who was 17th at the finish line on a track that saw him down to 24th place in the only dry session held this weekend (FP1 on Friday). The Italian rider managed to gather plenty of data to analyse with the team ahead of the next races for this Asian-Oceanian tour, which continues with the Thai GP at Buriram in less than a week’s time.

In the end we did a good race. I didn’t manage to make the best use of the soft tyre at the beginning, which could have given us a little more performance-wise. We were lapping consistently in the low 1’46secs and we gathered some important data. It wasn’t easy to pass Pecco as he was braking very late; in the final part of the race, with the tyre wear there was not much I could do. It’s a shame that we started from way back.

It was a positive race, because with such little time in the dry we were still able to defend ourselves. We improved under braking and in cornering, and I was also able to make a few overtakes… Too bad for a small technical issue that prevented us from showing our full potential – which would have likely led to a few points. Generally speaking, however, we did a good job.