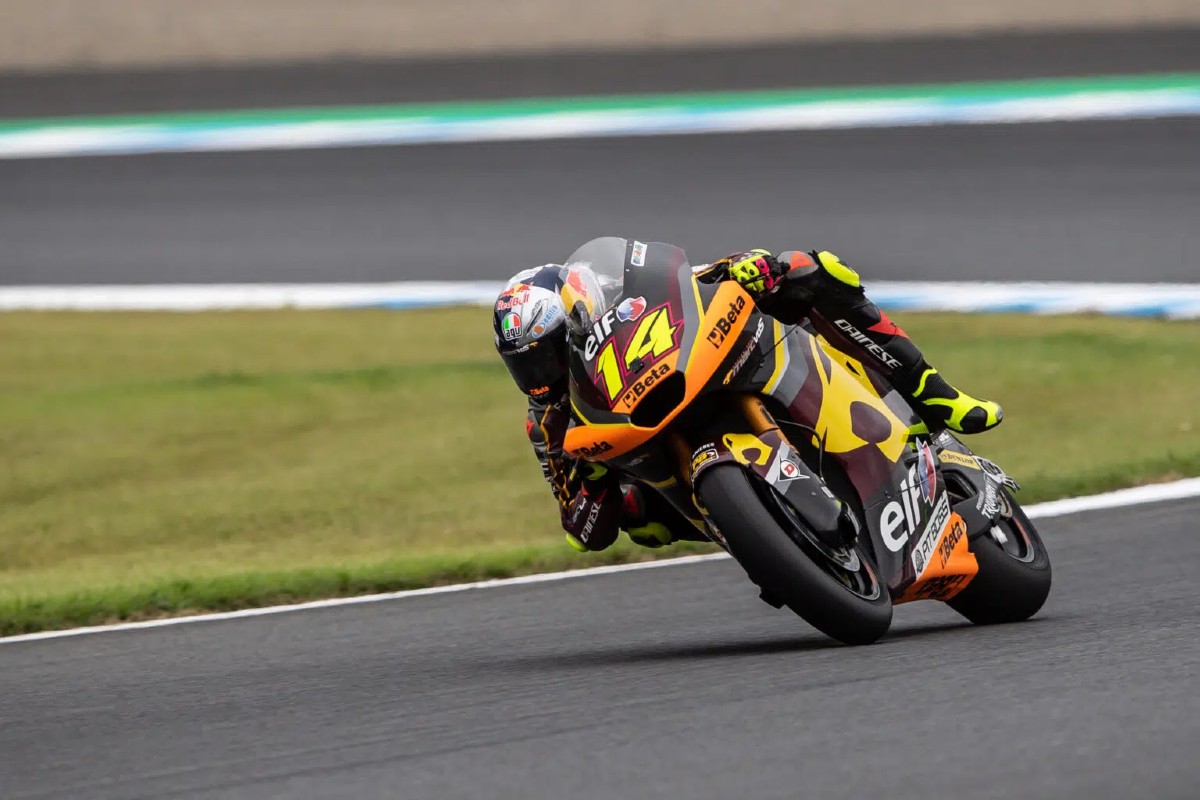 After challenging for the podium in the first half of the Japanese GP, Tony Arbolino eventually collected ten important points for sixth.

In a contrast to qualifying day, clear, sunny skies and ambient temperatures of 30 degrees greeted the Moto2 field for the first race on Japanese soil at the Mobility Resort Motegi since 2019.

Tony Arbolino was the only Elf Marc VDS Racing Team rider competing on race day as Sam Lowes withdrew from Sunday’s action due to a lack of dry track time before the race. The Briton will be back on action next week at the Thai GP.

In a fast, frenetic start, Tony got off the line well and held his qualifying position of fourth on the first lap. After early leader Aron Canet’s crash, the Italian was involved in an exciting four-way fight for victory with Alonso Lopez, Ai Ogura and Somkiat Chantra.

A mistake at the final corner on the twelfth lap saw the 22-year old drop from 3rd to 5th however, and from there he wasn’t quite able to maintain the podium pace. Tony came home in 6th, 14s back of race winner Ai Ogura.

Tony still remains in 5th in the World Championship thanks to his 7th top six result of the year. The Italian has 138 points, 96 back of the leader, 24 of the 4th.

It was a tough race. It was really, really similar to Aragon. We have a really amazing feeling in the first part of the race but then we start to lose this a bit. My arm was also getting a bit tired because this is a really tough track physically. So, we need to improve the feeling from around half-race distance until the end and try to get back on the podium. I think we have the potential to fight for the win at every race. I’m confident about that. We’re working really hard so we just need to keep focussed and go for it.

#JapaneseGP
Get All Our Latest News Sent Direct To Your Inbox
Join 30,271 other subscribers.
Follow on Social Media
Get the VROOM Podcast
Download our Vroom.GP App