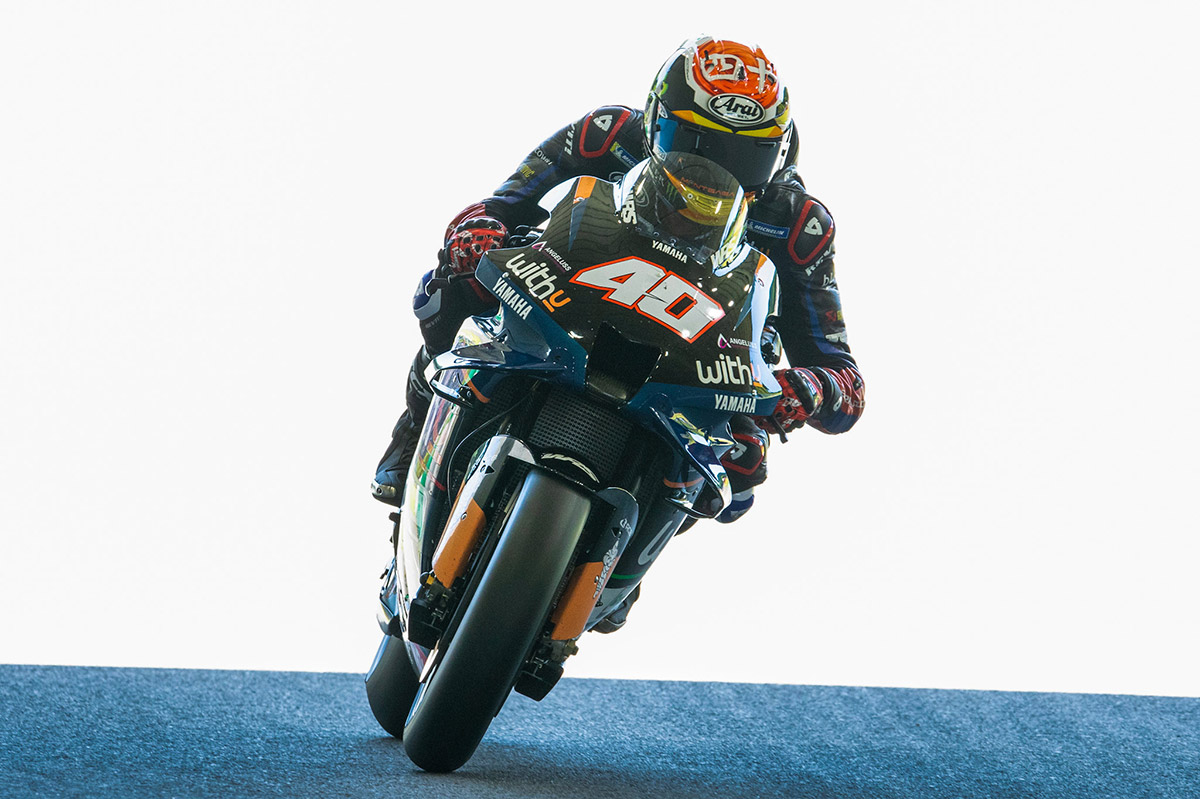 The Japan Grand Prix, round 16 of the MotoGP World Championship 2022 saw plenty of action from Friday until Sunday afternoon. Following only one dry practice session and a rainy Saturday that was cut short, riders and teams had to go into the race today in sunny and warm conditions, which saw some surprises.

Cal Crutchlow, who is doing just his second race weekend this year with the WithU Yamaha RNF MotoGP Team showed a strong performance. The Englishman started from P23 on the grid and made up two positions in the first lap of the race. He moved up several more spots in the first half of the race, but was really on the gas when the second half started, where he was nearly in podium pace and therewith climbed up further in the standings to eventually cross the line in P15, collecting one World Championship point.

On the other hand, Darryn Binder delivered one of his incredible starts once again, shooting forward from P24 on the grid to 17th position at the end of the first lap. He managed to keep this place for several laps, but later on dropped a bit. Halfway through the 24 laps race, he was in P18 and tried to hold on to his teammate in front of him. Unluckily, he lost the front in lap 14, tried to rejoin the race, but had to eventually give up and return to the garage.

In less than one week, Crutchlow and Binder will have another chance to score points when the championship moves over to Buriram, Thailand for the 17th round of the 2022 season.

“Honestly, the mistake made is I forgot to press the launch control devices so I started really badly. As you know with the Yamaha, the straight line speed is not amazing with the acceleration, so I was just being patient with the whole race. I came from a long way back to the position that I am in. I’m happy with the race that I did, I couldn’t have done anymore. My pace in the middle of the race was really good and I’m pleased with that. I think I would have been in the top 10 today easily with the pace that I had if i started in a good way and also if I qualified in a good way. So, I’m disappointed with that, but I can be proud with the way I rode today.”

“Today was a disappointing end to the race, crashing out in lap 14. I had a good start and had quite a good rhythm during the race. Cal had just got past me and he had a good pace and I was trying to follow him. But unfortunately, at lap 14 I had a small crash and a disappointing end to the race. Anyway, we take the positives, we had such a short track time this weekend especially during the practise with just one session, I felt I could do quite a ride in the race until I went down. But we’ll try again in Buriram.”