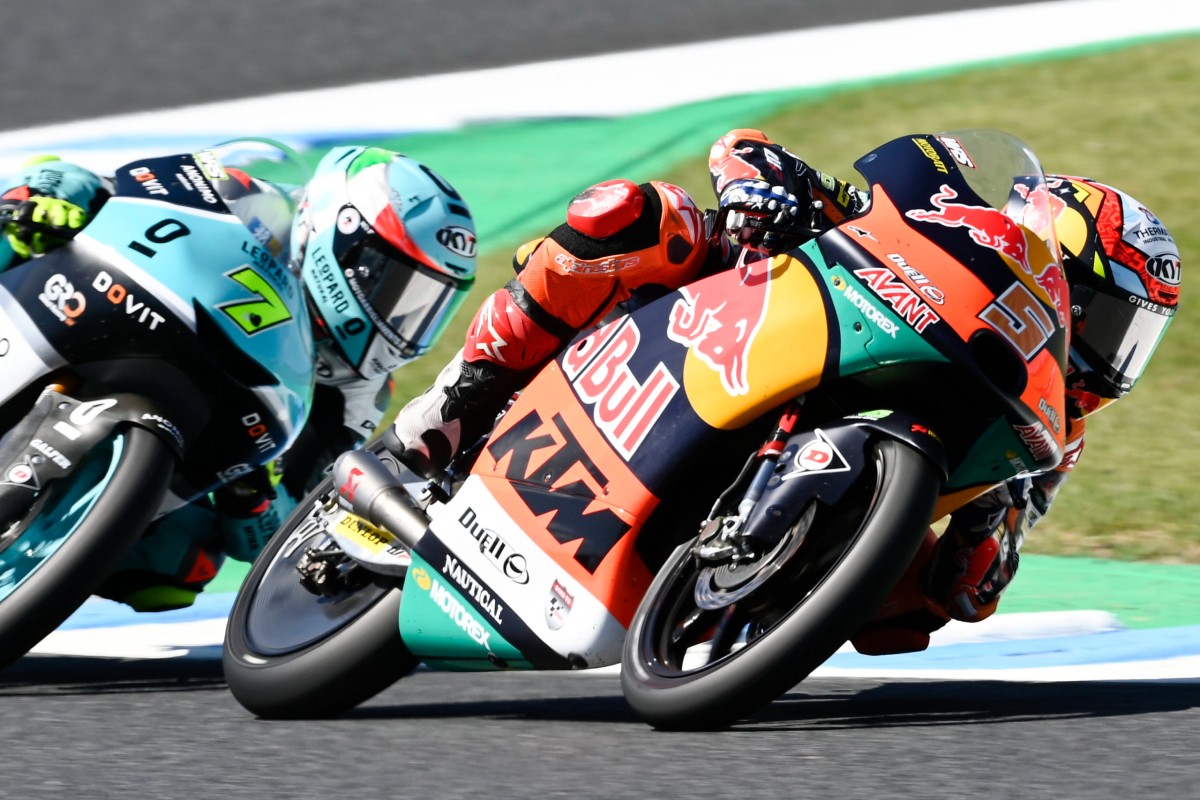 Red Bull KTM Ajo Moto3 had a tough end to their weekend at Motegi. At the conclusion to an atypical Japanese Grand Prix, with less track time than usual and constant changes in conditions, Jaume Masia and Dani Holgado both crashed out in the race.

Masia started the Japanese Grand Prix race from the fourth row of the grid. The Red Bull KTM Ajo Moto3 rider was able to gain several positions in the early stages, and even set the fastest lap of the contest, as he pushed to reduce the gap to the front group. He moved up into the podium spots and made an attack for second place, but after taking the position he suffered a crash at Turn 12 with three laps remaining that took him out of the race. Masia is fifth in the overall standings with 155 points.

Holgado took part in his first Japanese Grand Prix starting from 21st on the grid, but confident of a fightback on raceday. Despite the little data that he had been able to accumulate over the weekend due to the weather conditions, Holgado was able to gain five places to open the race. Unfortunately, he suffered a crash on Lap 3 and was unable to rejoin. Despite this, he continues to be the best rookie in Moto3, occupying ninth position in the standings with 83 points.

The Thai Grand Prix is next up for the Red Bull KTM Ajo riders, running from September 29th to October 2nd at the Chang International Circuit.

The race was difficult. We started a bit far back but I started to fight back and I felt strong enough to try and fight for the podium. The tyres wore out a lot because of that and on the final straight I found it a little tough. The pace was fast and it was hard to cut the distance to the front group. It was a shame about the crash, because we were very close to getting another podium. We’ll take away the positives and go to Thailand to try to do well again.

It was a difficult weekend in Japan. We had a good feeling from FP1 but things did not go as we wanted. We were not able to start the race in the best way, and although I made up positions I had a big crash on the fourth lap. Now we move on to Thailand; it’s a new circuit so I’m really looking forward to learning it.