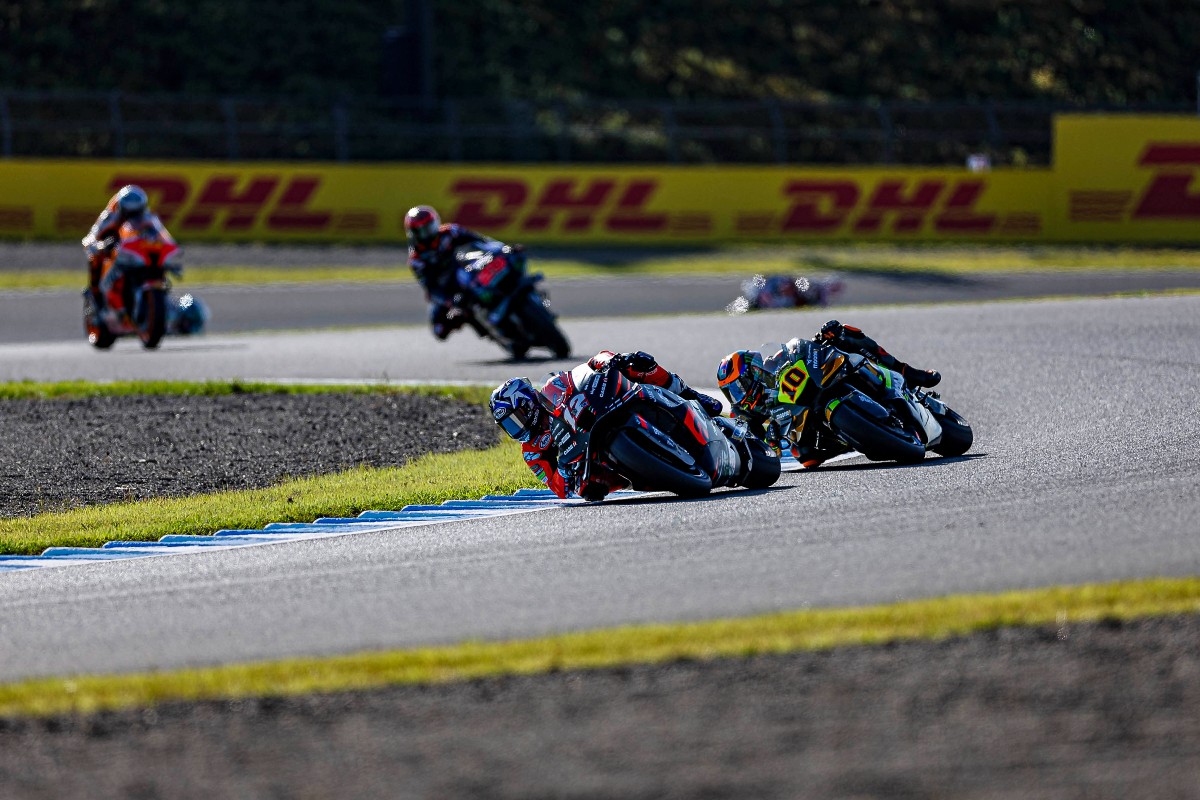 In the setting of an undoubtedly extraordinary season for Aprilia, the GP of Japan held today leaves a bitter taste because all the conditions were there for a high level race. Aleix had the pace for a podium finish, the main rivals in contention for the title race were struggling, and Maverick was ready for the final step in his growth process with the RS-GP.

The harsh reality of the numbers, on the other hand, tells the story of a missed chance. The electronic problem on Aleix’s bike during the sighting lap forced him to start from pit lane with his second RS-GP, effectively compromising a weekend that had been impeccable up to that point. Thanks in part to the mediocre performances of Quartararo and Bagnaia, the battle for the championship title is still wide open.

Even Maverick cannot say that he is entirely satisfied. His seventh place finish, earned by battling from start to finish, does not accurately reflect the performance Viñales demonstrated over these three days. However, as the Spanish rider reminds us, it’s all part of the process of adapting to a new bike and a new team.

Both will have a chance for redemption for the Japanese weekend straight away, less than one week from now in Buriram, Thailand.

It was a difficult race. I struggle with lack of grip at the rear from the first lap. I had a hard time stopping the bike and it was a battle for a seventh-place finish which is not a result to turn up our noses at but I’m convinced that our potential was higher. We made the more conservative choice, namely the medium compound, whereas in the warmup I had good feelings with the soft and maybe that was a mistake. We’ll learn from this, as always, because we must not forget that our growth process is still in evolution. In these situations, the important thing is to take home the best possible result and that’s what we did.

We had a great opportunity to make up points today because I was faster than my direct championship contender rivals. From this point of view, the problem on the bike during the sighting lap really penalised us. It’s disappointing and there’s no point in denying it. I can’t say that I’m happy but we are a team and we need to remember that precisely at times like this. We have fought hard together to get to this level and we’ll give it our best all the way to the last lap of the last race.