Raul Fernandez 18th and Remy Gardner 19th in the #JapaneseGP 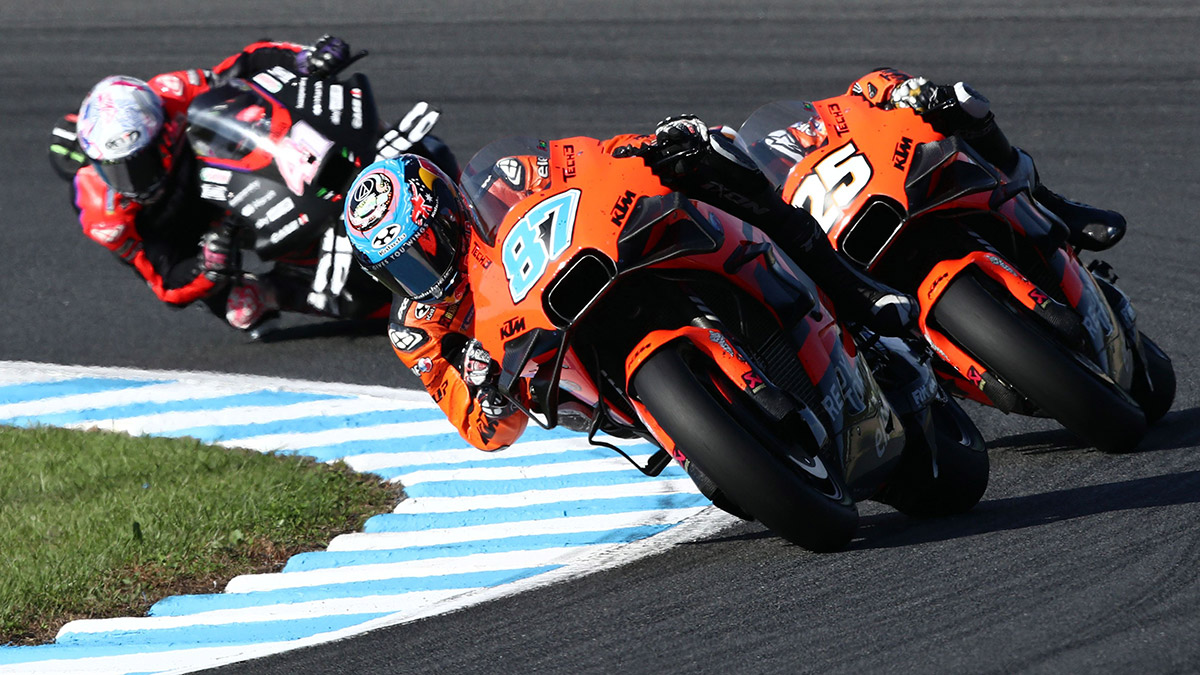 Following a rainy Saturday in Motegi which saw the schedule slightly disrupted, everything went back to normal today as the sun was shining over the Mobility Resort Motegi for the Grand Prix of Japan. Raul Fernandez and Remy Gardner were starting from P20 and P22 as the lights went out for the opening round of the overseas tour, at 15:00 (GMT+9).

Both Raul and Remy took a decent start to their Japanese GP and stayed within their starting positions. They both settled in their Grand Prix with a good race pace, although a bit behind from the front group, which allowed them to gain massive experience today. Towards the end, both rookies had a little battle in good memory from the past season, before Raul Fernandez eventually came out in front eighteenth followed by Remy Gardner in nineteenth.

No points were scored today, but both KTM riders provided a solid race, considering that it was their first time on a MotoGP bike on this layout they had not raced since 2019, in addition to the reduced track time overall this weekend. We will now head to Buriram, Thailand for the third and final race of the ongoing MotoGP triple-header.

“Today’s race was not bad in terms of time although it was difficult to be within the last riders. The entire race was interesting and I think that I learned a lot today. We had a good fight towards the end with Remy though, but I think that had we not had this fight, I could have ended close to the top 15. This fight reminded me a lot about last year when I was fighting for the wins, so it was really fun. Brad Binder was on the podium today, so this is incredible. He is from another world: I do all my laps in the limits and I’m not even close to him, and when I try riding like him, I end up crashing because my riding style is smoother. We have a similar rhythm to him, but he standouts on small details which make the difference. We have access to his data, so we will analyse it for next week.”

“I gave my 100% today in the race. I was on the limit all the time and it was a tough one. We lacked pace, grip, braking, I was not comfortable with the front tyre so I did what I could today. Brad Binder and Miguel Oliveira were fast today. They gain time over us on braking and acceleration at straight line speed, so I am struggling to understand why: we are being told that we have the same materials as them, but I really struggle to believe this. There is no way that I can do what they are doing with the bike I am given, otherwise I will crash. Other than that, we had a good fight with Raul towards the end over the final lap until the final line so it was good fun in memory of last season.”