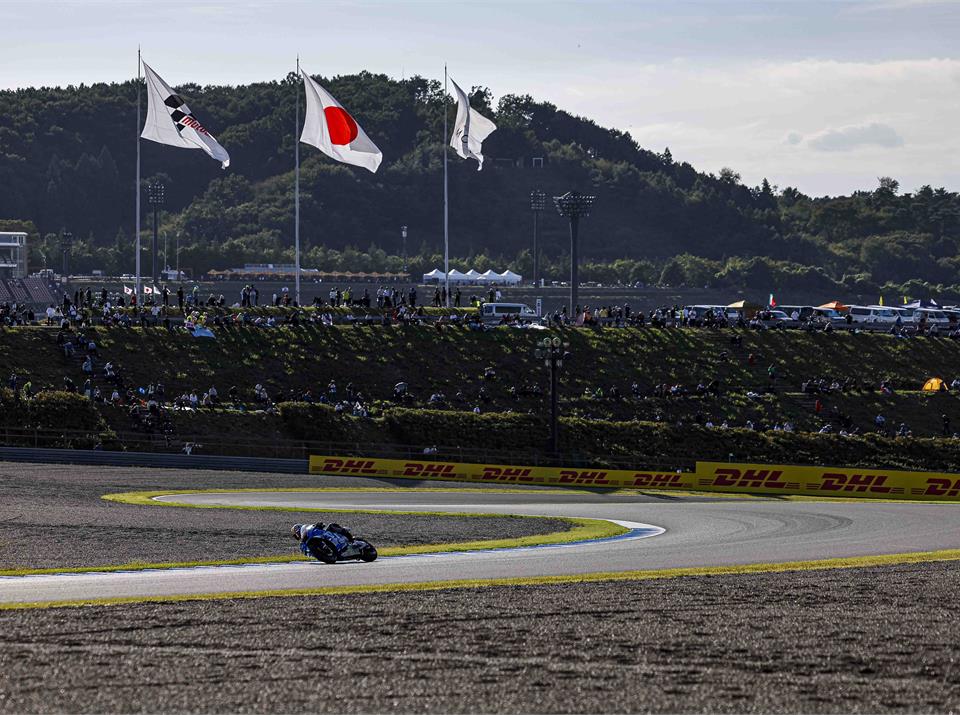 MotoGP fans filled Motegi in their masses, offering a welcoming and truly passionate atmosphere to the assembled riders.

The race was always going to be an uphill battle for Rins, who started 18th on the grid after a challenging qualifying session. However, there were positive signs at the start of the race, with Rins coming through to 12th and sitting in a highly competitive group of riders. But as the laps wore on he started to drop positions and struggle to regain them. He eventually pitted in on the 15th lap of the race with front end issues; these proved to have been caused by a bend in the rim under hard braking on the kerbs in the early laps, which meant a loss of pressure, eventually making the bike unrideable.

Tsuda, riding as Joan Mir’s replacement, had a somewhat more shocking end to his race after an oil leak dripped onto the exhaust of his GSX-RR, causing a fire in the bellypan on Lap 12 of the GP. Tsuda quickly pulled off the track and calmly jumped off his bike, avoiding any injury to himself or others.

Team Suzuki Ecstar will be back on track in Thailand in just five days’ time.

“It was a really bad race for us. The start actually went well and I made up quite a lot of positions, but then at Turn 3 I decided to overtake some riders on the outside, on the kerb. After that I started to lose front feeling, it seemed that the tyre was deflating little by little. I lost a lot of places and I felt I was going to crash on every corner, so I returned to the box. My crew confirmed an air leak caused by a dent in the wheel rim. I wish things had gone differently, I really wanted to reward the fans for their support.”

“I had a good start but then I started to feel something strange with the engine, so I was cautious and paying attention. I felt a drop in the power, and then the fire happened and I had to stop. I actually had a very good feeling with the chassis so it’s really disappointing. Anyway, overall, I had a very good experience this weekend and I would like to thank the team for giving me this opportunity.”

“Naturally, this is not how we wanted Suzuki’s home GP to go, and not how we wanted to say goodbye to all the amazing Japanese fans. Tsuda’s GSX-RR caught fire after a small leak, but luckily he is fine. Alex picked up some damage to his front wheel under hard braking on the kerbs and he had to pit in. The only positive is that we don’t have time to brood on today’s upsetting results, because we’ll move directly to Thailand and start focusing on that.”