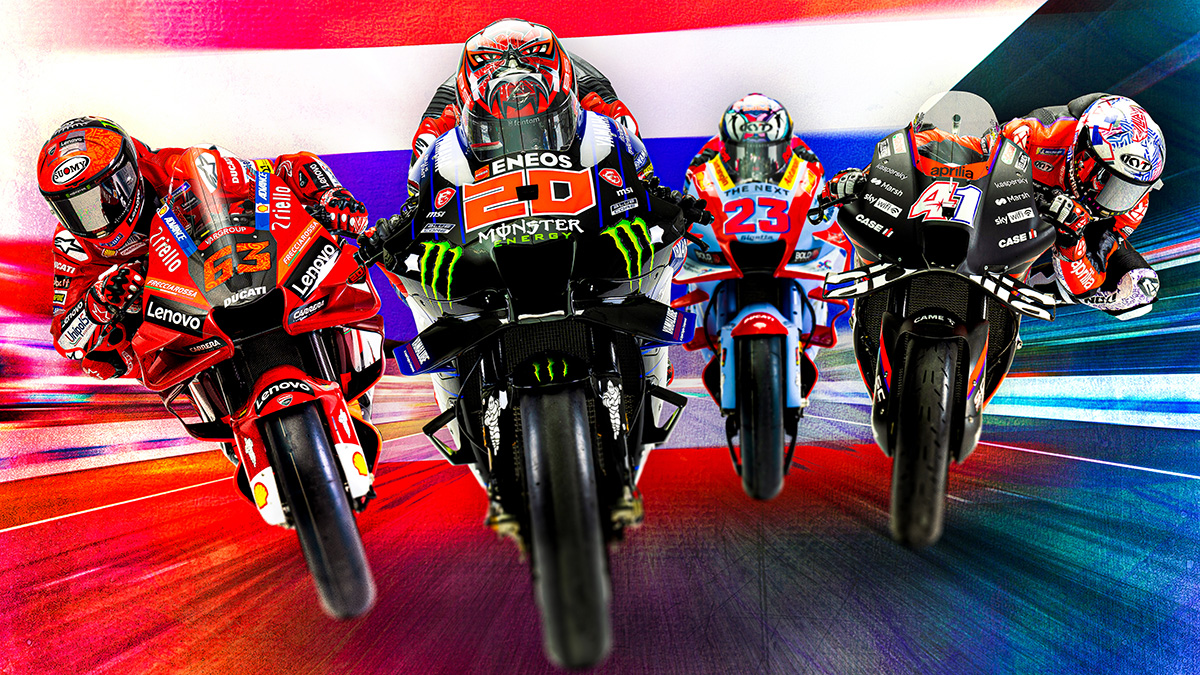 The dust has no time to settle in the wake of a dramatic Motegi, with the paddock having already touched down in Thailand and the title contenders all reset and reloaded. Fabio Quartararo (Monster Energy Yamaha MotoGP™) is looking for a lot more than eighth, and at a track where the second half of the lap should certainly suit a little more, Aleix Espargaro (Aprilia Racing) will be looking for a drama-free weekend after losing the chance to capitalise in Japan, and Francesco Bagnaia (Ducati Lenovo Team) will have one thing on his mind: redemption.

The gaps remain fairly tight despite the drama in Japan, but with the rounds counting down fast the pressure is on. 18 points is more significant now there are only 100 left in play, and Quartararo will hope good memories of Buriram can replay this weekend as he aims to get back on the podium and start from the front row – with the Frenchman finding overtaking close to the limit.

For Aleix Espargaro the frustration was also palpable, but for different reasons. The Aprilia rider had a solid race and his pace was good, too – he just had to start from pitlane after his first bike was left in fuel saving mode. What can he do this weekend? Teammate Maverick Viñales likewise left Japan with less than he’d hoped for, and he said it was the tyre choice that hampered a podium charge. Therein lie a couple of lessons to be learned for the Noale factory – but given the incredible progress already made, a specific focus is a positive when looking for that next step.

And so, Bagnaia. As teammate Jack Miller sprinted clear at the front, putting in one of the serious statement rides of the last few years of MotoGP™, Pecco faltered. “The only sweet taste today is for Jack,” the Italian said after his late crash out, but the saving grace for Ducati wasn’t just Miller’s Thriller at the front: it was also Quartararo’s eighth place and Aleix Espargaro’s tour of pitlane. Nevertheless, a comeback is now needed as Quartararo pulls a podium worth of points clear at the top, and parts of Buriram should play to the Ducati’s strengths. (Although it’s worth asking – are there any real weaknesses for the bike anymore?)

Enea Bastianini (Gresini Racing MotoGP™) could be another to watch. It was a middling weekend at Motegi and he only lost a point to Quartararo, but with the biggest deficit to make up of the riders who remain more than simply mathematical challengers for the crown, it wasn’t enough –  and Buriram will need to be much more to keep the ‘Beast’ in with a shot. With Jorge Martin (Prima Pramac Racing)taking a podium too, it wasn’t just being Jack Miller that was the key to solid points in Japan, so Bastianini and Johann Zarco (Prima Pramac Racing) will want to hit back at Buriram.

For KTM, Japan definitely did taste sweet. Both Red Bull KTM Factory Racingmachines finished in the top five – only Ducati managed the same or better – and Brad Binder took a second dry weather podium of the season. After rain in qualifying saw the South African boss it on Saturday, a front row start – his first in the premier class – certainly helped the cause, but teammate Miguel Oliveira was a little further back and also managed his Sunday charge. Was it a turning point? Can they find a bit more in qualifying and make it more of a habit?

There was, of course, one huge headline at Japan, aside from the title contenders and the actual winner of the Grand Prix: Marc Marquez (Repsol Honda Team). His pole position on Saturday saw him back on top for the first time in 1071 days, and the number 93 was no slouch on race day either. Motegi is a tough track, physically, so a fourth place is another sign of the soft Jaws music starting to creep back in from the eight-time World Champion. Buriram is another he’s ruled, and although rain in qualifying at Motegi saw him able to play his dice to perfection, we can likely expect him to feature highly on the grid in Thailand too – and maybe take another step on Sunday.

Speaking of, there was a definite step from Pol Espargaro (Repsol Honda Team)too, which was encouraging for Honda overall. Alex Marquez (LCR Honda Castrol)will want more from Buriram though, and we’ll also have Tetsuta Nagashima (LCR Honda Idemitsu) back in action, this time as an injury replacement for Takaaki Nakagami as the Japanese rider takes a little time to recover from a torn tendon.

Finally, at Suzuki, after a home round to forget, Alex Rins (Team Suzuki Ecstar) will want more in Thailand and he’ll have a fresh face on the other side of the garage: Danilo Petrucci. The now-MotoAmerica rider and Grand Prix winner brings his unique brand of Petrux back to MotoGP™ to replace Joan Mir, and he does know the track – although he doesn’t know the bike. How will he do?

With a final corner set up to deliver a showdown, Buriram promises much as the final race of the triple header.

Ai Ogura (Idemitsu Honda Team Asia) showed off his well-known nerves of steel at Motegi to take a historic home win, but with Championship leader Augusto Fernandez (Red Bull KTM Ajo) doing exactly what he needed to in the situation too – damage limitation in second – it’s just two points between the duo with 100 left on the table. As the tension mounts, a mistake would be costly… so will the two prove the class of the field again in Thailand?

Ogura’s teammate Somkiat Chantra will be hoping not. Both he and compatriot Keminth Kubo (Yamaha VR46 Master Camp) race on home turf, and Chantra’s GP record at the venue already contains a top ten – on a Moto3™ wildcard appearance, no less. Alonso Lopez (Beta Tools SpeedUp) will also want to make life difficult for the rest once again, with the rookie continuing to impress.

Izan Guevara (Gaviota GASGAS Aspar Team) is now truly in the driving seat in Moto3™, both in the standings and on track. After another win, this time at a venue he’s never ridden before, the race is on for those around him to hit back before it’s too late  – because 45 points ahead of Buriram is already in the ballpark to set up a match point in Australia.

So can his teammate Sergio Garcia, or Motegi podium finishers Dennis Foggia (Leopard Racing) and Ayumu Sasaki (Sterilgarda Max Racing Team) bring that gap back down at Buriram?