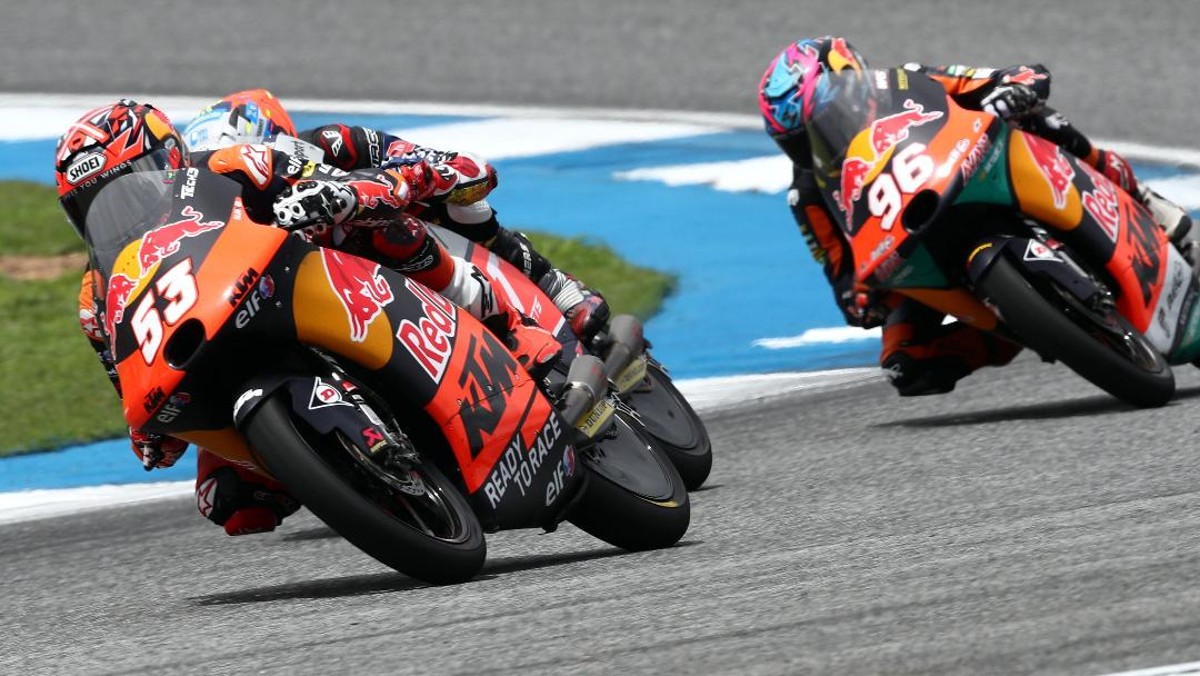 Set to start the OR Grand Prix of Thailand from seventeenth and nineteenth, Deniz Oncu and Adrian Fernandez were both looking forward to grabbing a good result before the first week off after three weeks in a row away.

Still disturbed by his little fingers injured just a week ago in Japan, Deniz Oncu continued to struggle today on his bike, starting with the warm up at the end of which he finished twenty-seventh. When the Moto3 race’s lights went out, the Turkish rider took a rather good start from his P17 and powered himself to the top 10 with some wild overtakes. Unfortunately, he was given two long lap penalties due to exceeding track limit, which stopped his efforts as he lost the positions gained. As he pushed until the final lap to make it back for the lost time, he passed the chequered flag in P16, but was demoted to P17 for exceeding track limits again. This is the first time of the season that the Turkish rider heads home without any points.

Teammate Adrian Fernandez did not have the Sunday hoped for neither. After finishing the warm up in nineteenth, he was hoping that the race would be another story. When the race started, the Spaniard tried to make a place for himself within the usual Moto3 traffic, but a late braking caused him to crash, bringing another rider down too. Adrian Fernandez has received a double long lap penalty for the next round in Phillip Island. It is now time to head home after three races in a row, get some rest and reset, and we will be back in two weeks time with the determination to be back in the points in Australia.

It is the first time this season that I could not be in the points. Unfortunately, I have been struggling a lot this week with my finger injured last week in Japan. Today, I tried my best. I was doing well at the start, overtaking, but then the long lap penalties cut my efforts and I lost the group. This is the end of three races in a row, so I am looking forward to going home and rest, and we’ll be back in Phillip Island in two weeks, very motivated.

It was not an easy race. The start of the race was typical Moto3 chaos. I started well but in the first lap I had to brake later than the other rider which caused a crash with Sergio Garcia. I have already apologised to him, but I would like to say again that I am sorry for today. We will now get some rest and come back stronger in Australia.