Cal Crutchlow and Darryn Binder struggle in the wet at Buriram 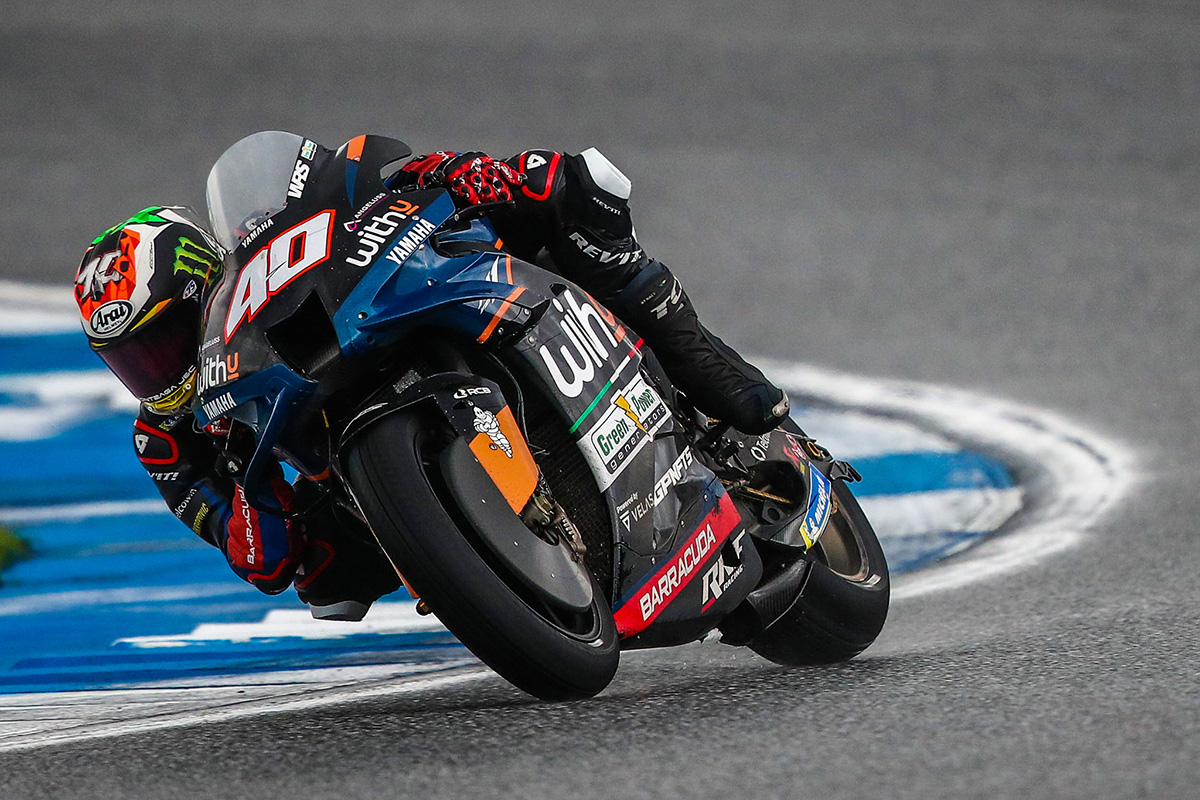 The Thailand Grand Prix developed to be a tricky one for the WithU Yamaha RNF MotoGP Team today. After all sessions throughout the weekend took place in dry conditions, rain hit the Chang International Circuit this afternoon and delivered some delays to race start, which was shortened to 25 laps in the end.

After he equalled the best qualifying position for WithU Yamaha RNF in 2022 with P15 yesterday, Cal Crutchlow struggled during the start and landed in 20th position in the first lap. He then made some steady progress and moved up to P17 passing by current World Championship leader, Fabio Quartararo halfway through the race. However, pushing hard to keep his pace, he fell back at the last couple of laps and could not make up faster time eventually crossing the finish line in P19.

On the other side of the garage, as he normally does, Darryn Binder made a strong start even in wet conditions pushing up to P18 by lap 1 after starting from 23rd on the grid today. But, the wet track proved to be tricky as he was gradually pushed back being crossed by some riders throughout the race and managed to only finish his 17th race of his rookie season in P21.

The whole WithU Yamaha RNF MotoGP Team now has a little break to rest after a long three weeks of back to back racing and will then head to Australia for Round 18, and the final three rounds of the 2022 season.

“I struggled today, first of all I think it was very dangerous on the first lap, you can’t see anything from the back. The other riders were closing throttle in fifth gear and to me it’s strange when you still have the straight left. Anyway, it was a difficult race for Yamaha today, it seem that we all have very similar problems with the tyre pressure and the tyre heating. It’s a shame because this weekend in the dry, we had a great pace but our problems were exaggerated in the rain. It was the same problem in the dry but we got away with it in the dry. So it was a disappointing day, I think if it was in the dry, we could have had a great race, but honestly speaking the speed of my bike this weekend was not good in the straight compared to Aragon and Motegi where i was the fastest Yamaha, came this weekend it was a surprise to not have a fast bike to be competitive in this rain. This is the situation, we have to now look ahead and go for it in Australia and the last two rounds.”

“I’m quite disappointed to be really honest, it’s always difficult to be going straight into the rain race not having some final laps in the wet before. I had a good start, I felt quite good in the first laps but you couldn’t see anything going from turn 1 to 3 then to 4, it was shocking, I think I was riding like fourth gear on the straight in the first four laps cause I couldn’t see where I was going. But anyway, I was making passes, I passed a couple of riders and building my way up, and in lap 4 or 5 I caught up to Fabio (Quartararo) and I was feeling good lining up where I was going to pass him, but the next thing I just started to lock the front everywhere, I don’t know if the front tyre started to heat but then I was just making mistake as I keep locking the front so I ran off a couple of times and got back on. I tried my best to keep the same pace and everyone was just getting faster but I was staying the same so I’m really disappointed. I really thought I was going to get going but it is what it is. So, we try again in Phillip Island and I can’t wait.”