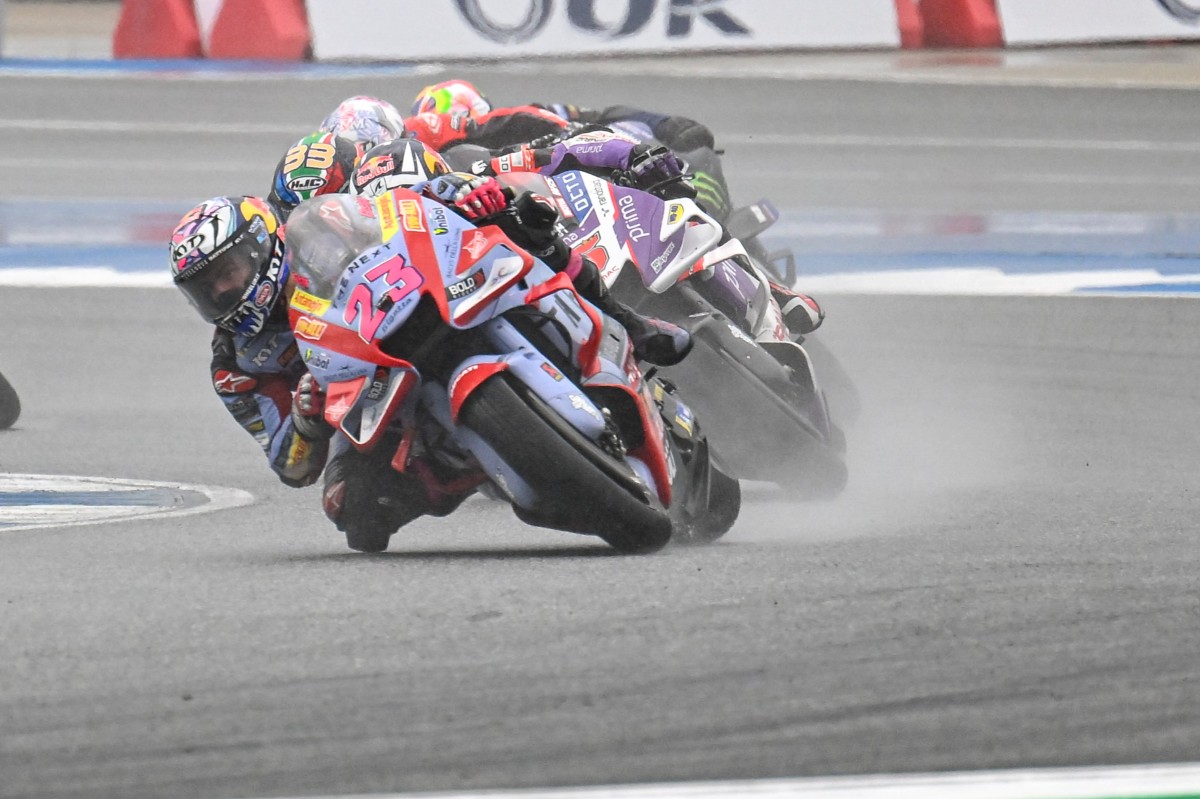 With three races left to be contested, today’s sixth place by Enea Bastianini leaves many scenarios open for the championship standings. The rider #23 is defending fourth place from Miller (who trails him by only one point), but looks ahead to Aleix Espargaró’s third place, which is now 19 points away.

The Thai race was a very complicated one, with Oliveira the surprising winner (probably not even that much) and Quartararo incredibly empty handed. This 17th round was scary at times in some laps – as Enea himself claimed – due to pouring rain at times even ‘terrifying’.

The encounter was a very challenging one for Fabio Di Giannantonio, who was hoping for rain to put together a comeback, but ultimately was unable to capitalise due to the poor feeling with his Ducati machine, especially on corner exit.

Now a deserved week of break before the final stretch with Phillip Island being the first venue that the series will visit.

6th – ENEA BASTIANINI (4th in the championship standings with 180 points)

I’m quite happy. Too bad for the start as my mapping was inadequate and I couldn’t push as hard as I could have during the first lap. I was able to change it and stayed with the same settings for the whole race. The first ten laps were quite difficult, and I can’t deny I was scared… you couldn’t see a thing. Then the rain lowered its intensity and I think sixth today was our real goal. We got it and it’s good. Now we need to keep believing in the last three races, the classification is very tight at the top with many potential winners.

So far we always had a good feeling in wet conditions, but that wasn’t the case today. I was losing a lot of ground on corner exit and despite being very strong under braking, I was then unable to make ground when accelerating. I lost many places in the first three laps. Too bad, because it was another race in which we could have done well, but we weren’t in the right place set-up wise.