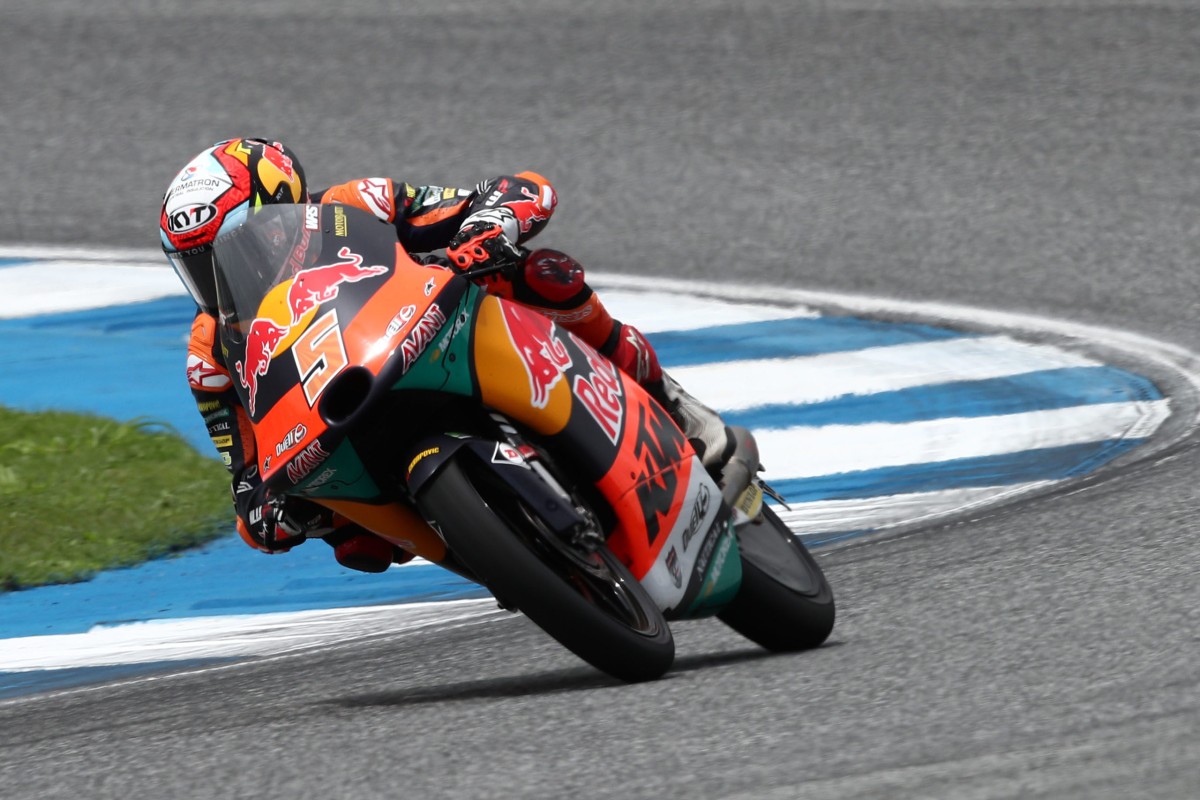 The Red Bull KTM Ajo Moto3 duo took part in the Thailand Grand Prix on Sunday, with Jaume Masia fighting in the lead group and finishing in eighth place and Dani Holgado in the Top 10 throughout the race before placing eleventh.

Masia started from the front row of the grid and was chasing a good result having been one of the fastest riders in the morning warmup. He lost several places off the start, although he remained in the front group. As a high pace was run from the get-go, he fought to not allow the leading riders to break away. Masia gave it his best and on the last lap battled to stay in the Top 10, taking the chequered flag eighth. He is fifth in the overall standings with 163 points.

Holgado faced a demanding contest at the Chang International Circuit. The Red Bull KTM Ajo rookie was in the second group after dropping places off the line. He worked hard to stay in the Top 10 in his first race at the Thai track. After the midway point of the race, he was left out of the group and completed the race alone in eleventh position. With 88 points, he is ninth in the overall standings and remains the best rookie in the class.

The Australian Grand Prix will be the next round on the calendar, held at Phillip Island from October 13-16th.

We were in a good position at the start, but I lost some places at the beginning that kept me in the group and I couldn’t break away. I gave it my best until the last lap in a difficult race. Now we have a week off, and then we travel to Australia for another race.

It was a difficult race for me. I suffered a lot because I didn’t have a good feeling. We were fast throughout the weekend, although today we didn’t choose the best setup. Things don’t always go our way, and today we made a mistake from which we have to learn. It helps me to go to Australia with more motivation and show that we can fight for victories in the final races of the year.