Lopez is 5th as rain stops the #ThaiGP, DNF for Aldeguer 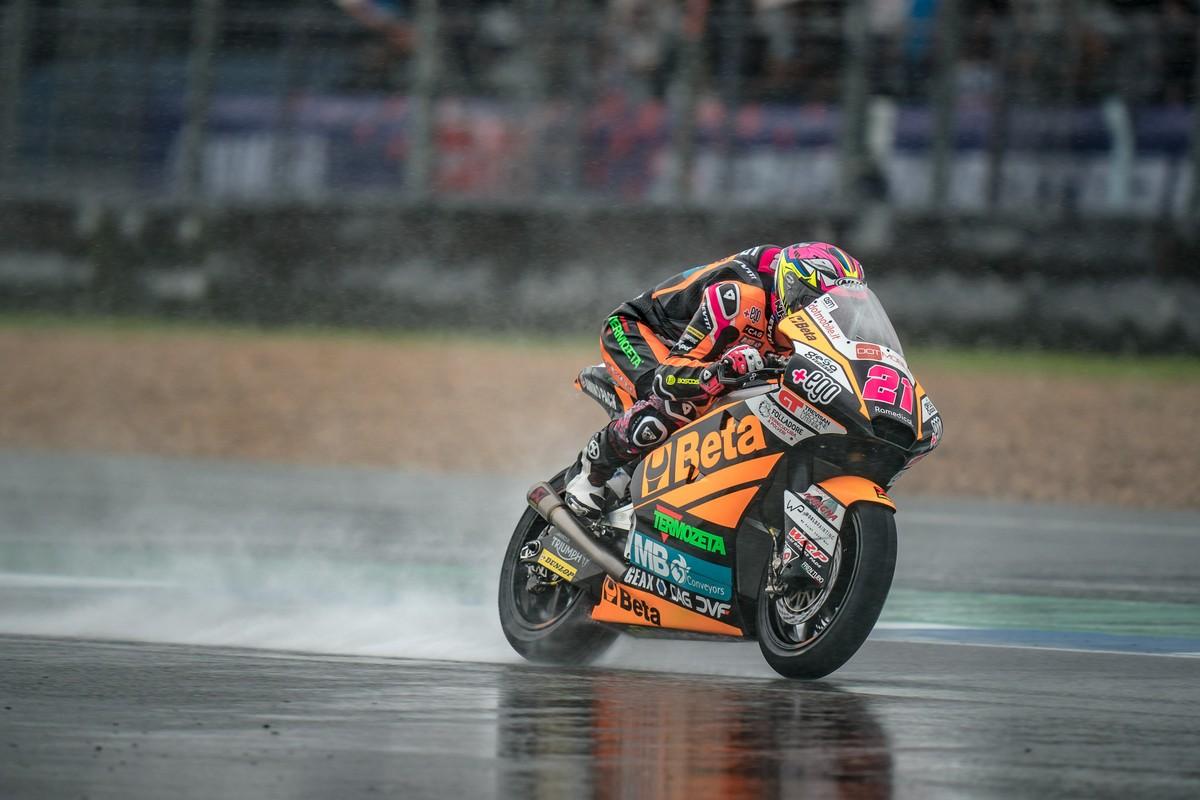 Today, at the Chang International Circuit, the Moto2 Thailand Grand Prix was stopped due to terrible weather conditions.

Until a few minutes before the start, not a drop had fallen on the Thai track. Just the time to enter the grid that the predicted rain began to drop, forcing the riders and staff to get ready in the short time available for the wet race.

López got off to a good start, putting himself behind Chantra who soon fell to the ground and left number #21 of the BETA TOOLS SpeedUp team to lead the race. After a couple of laps the rain became more intense and the driving conditions more and more complicated. Alonso lost a few positions but continued apace in fifth position until he saw the red flag waving due to bad weather. The race direction then stated that it would not be possible to resume the Moto2 race by confirming the order of the riders in the race as the final result of the Thai Grand Prix.

Unlucky race for Fermín Aldeguer who, after having hoped so much in the rain, given his skills also in the wet, was unable to finish the second lap, crashing at the first corner surprised by the track conditions.

I don’t know how I am because it was the strangest race of my life. It seemed we were starting on a dry track, and we were very motivated after the feeling we had in the morning warm up, but then the situation turned around and that’s what it was. I think that with better conditions we could have had a really good race, but in any case, I’m super happy with the feeling I have on the bike!

I spent the whole night hoping it would rain and just when the rain came out we missed the opportunity to show our potential even in the wet. We made a rookie mistake by crashing on lap two and I have to say luck is not on our side. Now we just have to recharge the batteries and go to Australia more focused than ever.