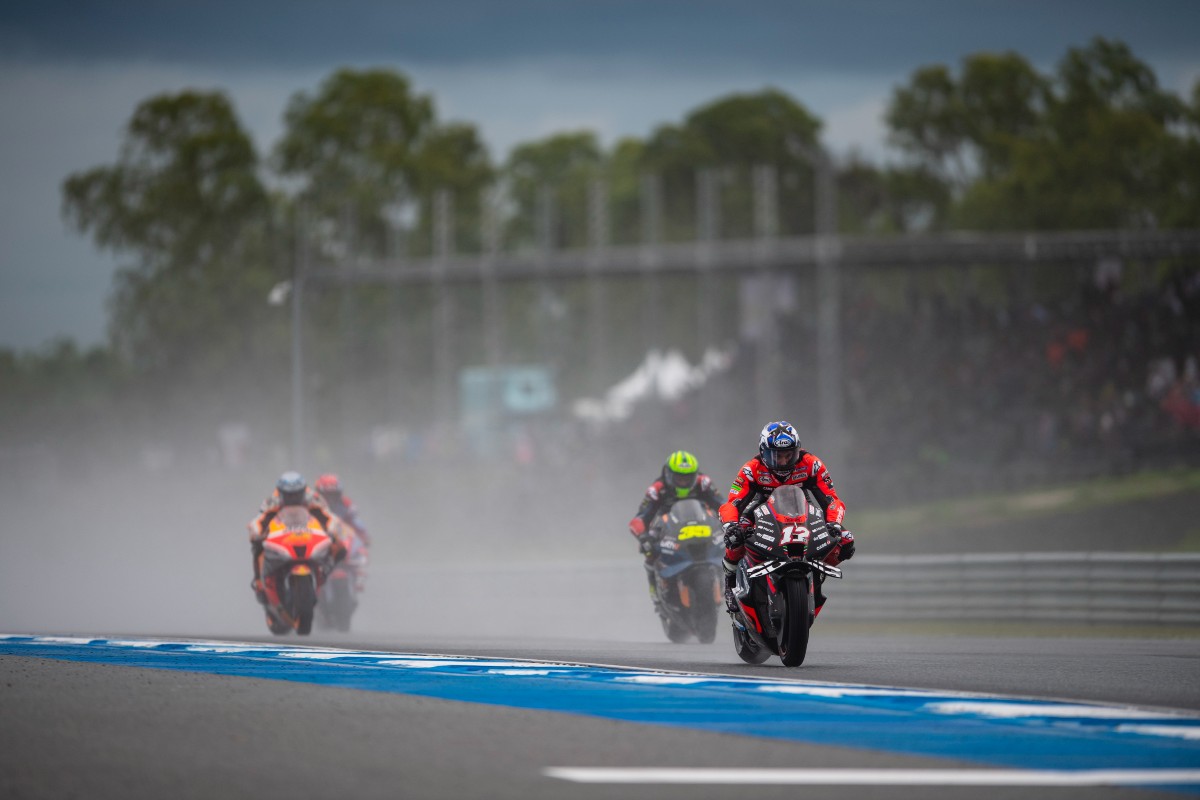 The big surprise everyone had been expecting arrived today, just before the MotoGP race in Buriram. The rain storm that hit the Thai circuit caused a delayed start and a 26-lap race on wet asphalt. In these difficult conditions, Maverick and Aleix gave it their best, making up positions straight away.

While Viñales was rewarded with a deserved seventh place, Espargaró had to reckon with a (rather dubious) penalty after contact whilst overtaking. The more than 4 seconds he lost on the long lap kept him from finishing any better than eleventh, also with a broken aerodynamic winglet on his RS-GP.

A pity but, in spite of it all, Aleix closed the gap behind championship leader Quartararo and is now ready to tackle two favourable tracks for him – Phillip Island and Sepang.

In the early laps, visibility was truly reduced to a minimum. I did the straight practically without seeing anything! In any case, the feeling today was really good. I recuperated a lot of positions and I’m confident that, with better qualifiers, I would have been a podium contender. Anyway, the important thing is that we learn from these weekends. This morning in the dry we took a step forward in terms of setup although I don’t think it would have been enough to be competitive the way we were in the wet.

I was competitive today. I had a good pace and I managed to make up a lot of positions. Then there was the contact with Brad which I personally feel was a normal racing situation since I was already alongside him on the straight going into the corner on the inside (to his right). That cost me an eternal long-lap penalty and then I kept pushing but I couldn’t do any better than eleventh. Anyway, we’re leaving Buriram with multiple positive points. First of all, I’m headed home to my family and I’ll be able to prepare as best as possible for the upcoming races on two circuits where we’ll have fun. Then there’s the fact that we closed the gap behind Fabio who, as championship leader, is still the man to beat.