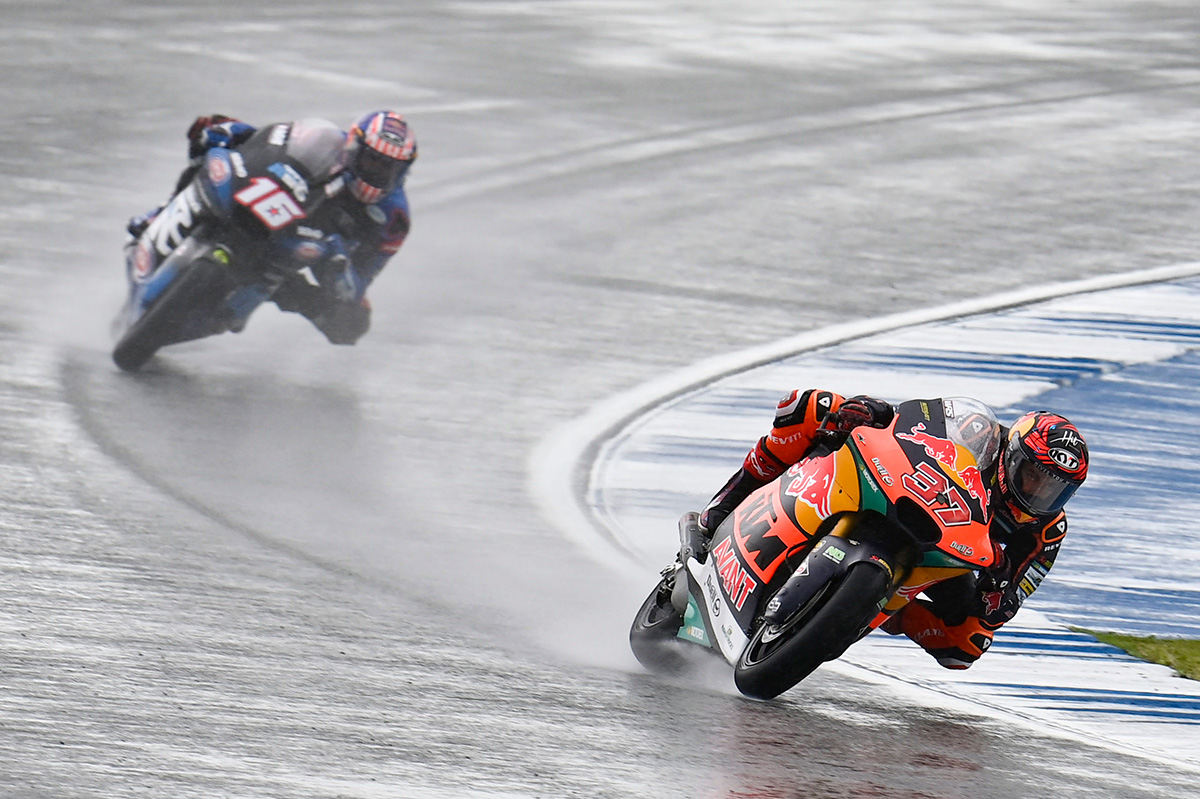 The Moto2 Thailand Grand Prix on Sunday was heavily affected by rain. After having been reduced to 16 laps, the contest was curtailed by a red flag with only eight laps undertaken, with a downpour subsequently preventing a restart. Augusto Fernandez was seventh and remains the leader of the Moto2 standings, whilst Pedro Acosta finished sixteenth after dropping several positions.

Fernandez started from the third row of the grid, in eighth position. He lost a place early on but would move his way up into the lead. After a series of overtaking moves and a decision made by the rider to avoid unnecessary risks in the intense rain, any plan for a late attack was denied by the red flag. He finished in seventh position and earned half points due to the shortened race distance. He now has 238.5 points for the season.

Acosta would drop down to thirteenth on the opening laps of the Thai Grand Prix, and the delicate state of the track required a change of strategy by the Red Bull KTM Ajo rider. He was running in sixteenth position when the final countback was made and is sixth in the overall standings with 132 points.

Red Bull KTM Ajo Moto2 will return to action at the Australian Grand Prix, which will take place from October 13th-16th at Phillip Island.

#37 AUGUSTO FERNANDEZ
“It was a very difficult race to manage. It was very risky to ride in such intense rain. The sessions we did in the wet weren’t bad, so I tried to score as many points as possible and gain confidence little-by-little. With every lap I could go a bit faster and I tried damage limitation in this race, so I’m more than happy with the result bearing in mind the conditions.”

#51 PEDRO ACOSTA
“It was a bit of a crazy race. We gained confidence gradually, but the conditions were very tough with so much rain. It was a short race, as we were only able to do 8 laps, but we already know that it is another point in that we can improve on for next year.”