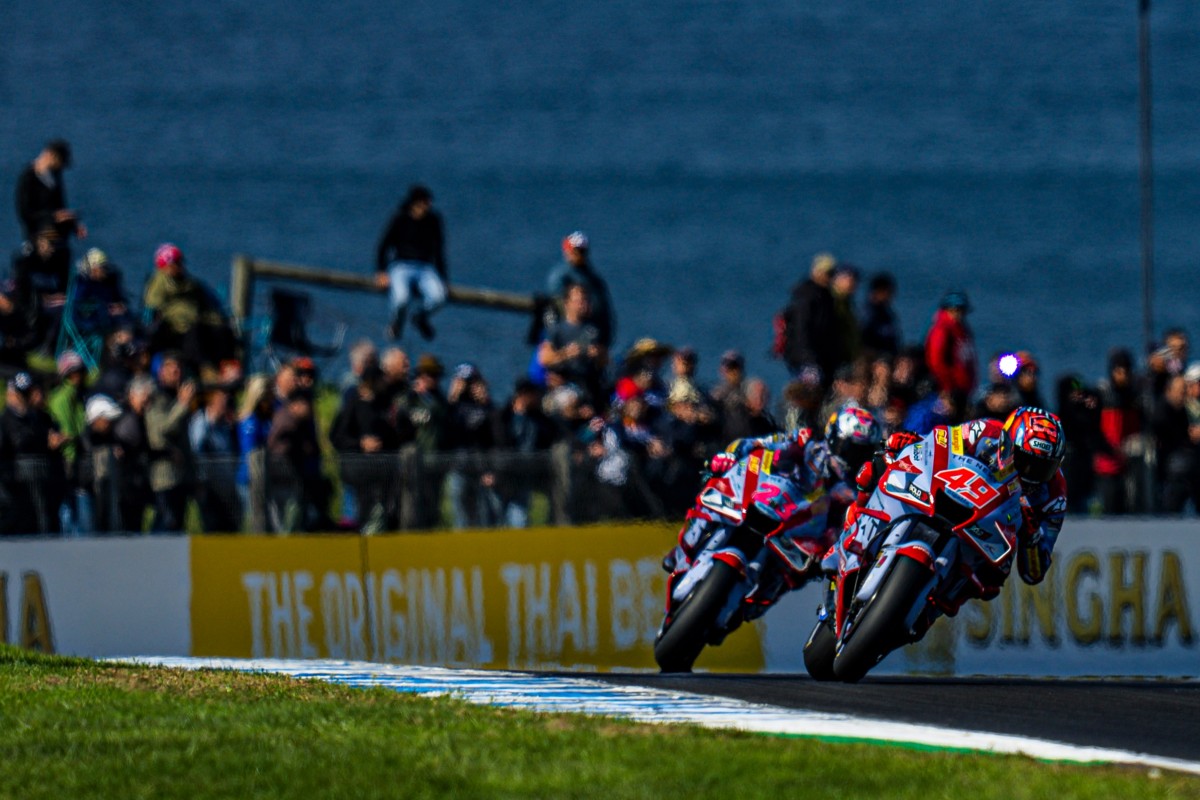 The on-track action finished earlier than expected today for Team Gresini MotoGP at Phillip Island, as neither Enea Bastianini nor Fabio Di Giannantonio were able to make it through Q1 – a session that today was conditioned by a few unclear situations on the track. If for Fabio Di Giannantonio qualifying was affected by a not-too-perfect feeling with the Desmosedici #49 machine, the story for Enea Bastianini is a whole lot different.

Everything happens on the last quick-lap attempt when Oliveira first stopped in the middle of the track between turns two and three for a practice start – before the end of the session – and then rode slowly in the racing line in the downhill section leading to turn ten. The result?

On top of the damage caused to the rider #23 as he was slowed down in his last attempt, Bastianini’s last lap was ultimately cancelled due to the yellow flags being deployed by the marshals – who were mistakenly convinced that the session was over already.

From a possible Q2 admission – lost for a few milliseconds – to the 15th position in a matter of moments: Enea will have to put together a big comeback in order to remain in the battle for the top positions in the standings. Nothing is impossible, but ‘lady luck’ has surely been looking elsewhere today.

What can I say about today… We could have surely been much closer to the front: in Q2 or in the worst-case scenario, in thirteenth place. But we’re on the last spot of row five because of some not-too-rational situations… They got in the way, but it’s of no use to make a drama out of it. Obviously I’m upset, but we can still have our say in the race tomorrow – although there are some things left to address set-up wise in the warm up.

I must say we’re good pace-wise. We have a good feeling with both medium and harder options – I tried the latter today – and we can consider ourselves satisfied with the work done. We could and should have done better in qualifying, though: unfortunately, it took us a while to find the best settings and we were still not fully ready in Q1. We will try to make amends tomorrow, even though we’re starting from way back on the grid.