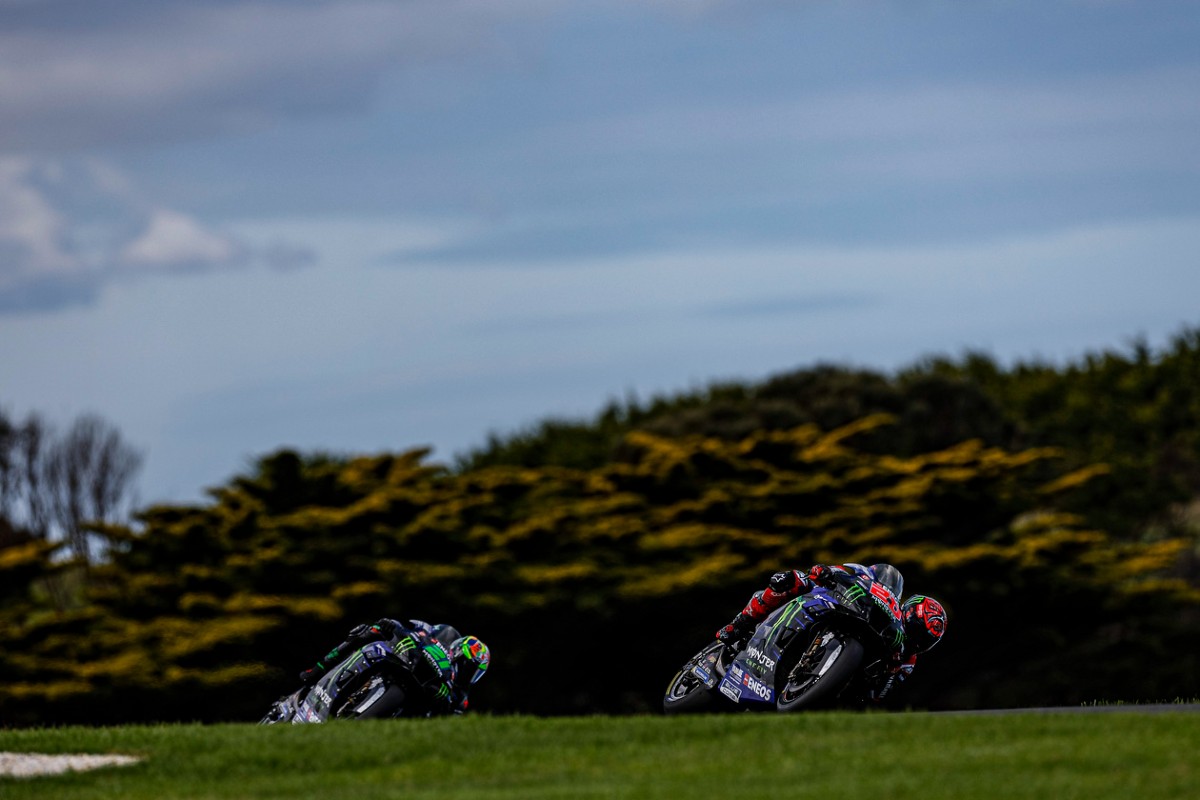 Monster Energy Yamaha MotoGP‘s Fabio Quartararo was keen to make the most of the 15-minute Q2 session of the Australian Motorcycle Grand Prix. Competing with many strong riders for a place on the first two rows, he secured fifth place. Franco Morbidelli didn‘t find the improvements he had hoped for on Day 2 at the Phillip Island Grand Prix Circuit. After a tough Q1 session, he will start the race from 23rd place.

Quartararo let the majority of the other Q2 riders exit pit lane ahead of him. His benchmark lap briefly put him in fifth, but his second attempt, a 1‘28.174s, moved him up to third provisional spot on the front row. He then returned to the pits for a fresh soft rear tyre.

Morbidelli wasted no time at the start of Q1. His benchmark lap put him in eighth place, and with more heat in his soft-soft tyre combination he then improved to a 1‘29.307 on lap 3. However, the Italian still found himself in 11th place in the provisional rankings as he hurried back to pit lane.

With over four minutes left on the clock, the number-21 rider returned to the track, this time riding with medium-soft tyres. He was hoping to move further up the order with a 1‘29.146s, set on lap 6, but with the pace quickening he dropped down the rankings. Unable to make further improvements, that lap saw him finish the session in 13th place, 1.014s from the top, putting him in 23rd place on the grid.

I’m satisfied with my qualifying but a bit frustrated about my position. This can happen. I made some great laps, but it wasn’t enough for the front row. Our pace is not so bad though, and the first two rows were the main objective here. It will be a race where tyre consumption will play a big role. I think this track is the most demanding of the 2022 season in terms of tyre degradation. So, it will be interesting, it will be a great challenge! I will be taking care of my rear tyre, especially towards the end.