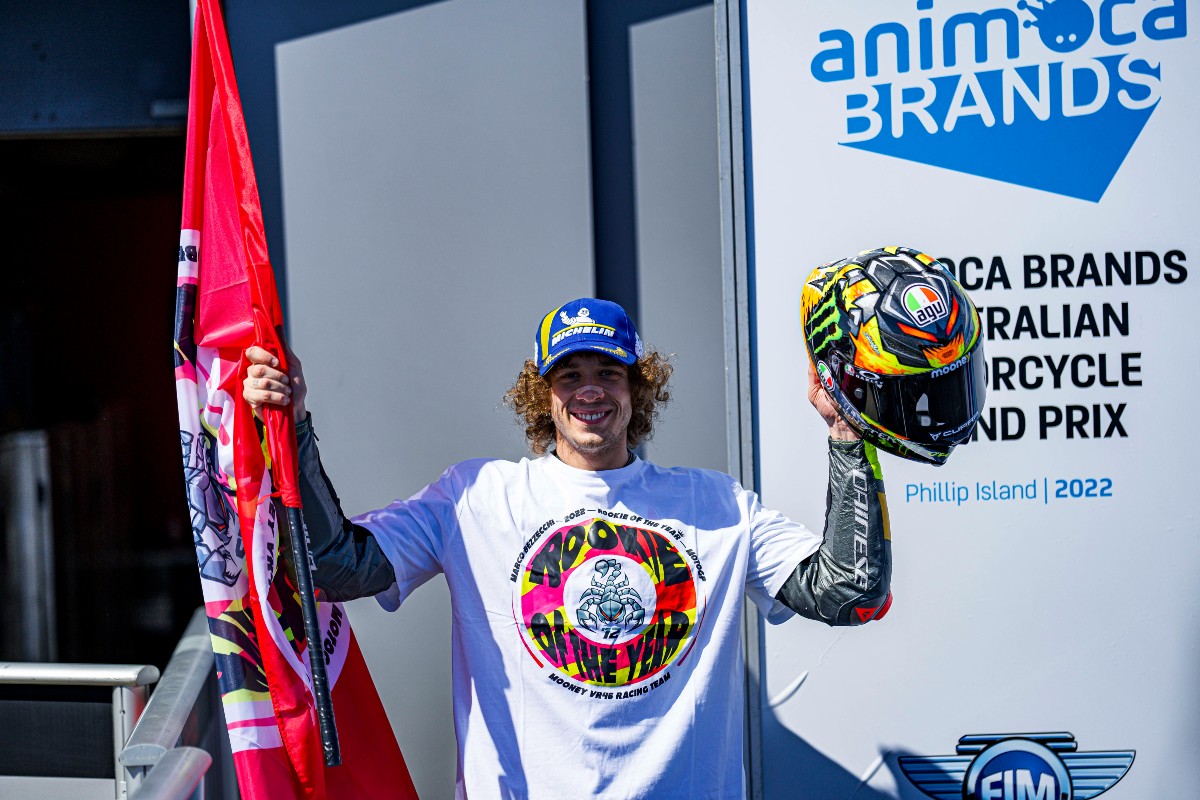 A Sunday to be framed for the Mooney VR46 Racing Team at Phillip Island where the Australian GP was held today. Riding the Ducati Desmosedici GP, Marco Bezzecchi is confirmed as the Rookie of the Year, a title enriched by a beautiful fourth place at the finishing line, first among the riders of the Independent Teams. Very important P6 for Luca Marini, thanks to a very solid pace.

At the start from the ninth place on the grid, Marco struggled to catch the pace of the strongest riders during the first laps. Tenth after 5 laps, he was capable of a beautiful recovery that took him to the P2 in the second half of the race. Fourth 3 laps from the chequered flag, he confirmed the position that means the seasonal primacy among the rookies in the premier class with 93 points (14th overall) the result of nine top 10 placings so far and the second place in Assen.

More than positive race also for Luca who started from P7. After a good sprint at the start, he got stuck in the battle of the first laps (P8) before being able to climb the rankings and touching the top 5. Also for him this is the ninth time in the top 10 since the start of the season and he is in 12th place in the overall standings with 111 points.

I am very happy with the race and the title of Rookie of the Year. We have done a lot of good things since the beginning of the year, we have grown a lot and it’s not over yet. What a GP: fantastic, stunning, I was fast and I fought for the victory until the finishing line even though I have struggled in the last laps. Pecco (Bagnaia) was solid in braking, Marc (Marquez) and Alex (Rins) had something more, but I gave it all and I can’t complain. What a battle, I am very happy for the Team, we are a special group, my family, the Academy and Vale, for sure, who has always believed in me.

A different race from all those faced up this year, but beautiful! I would say perfect tyre management throughout the long run and amazing overtakings. I really enjoyed it. In the end I lost something, I’m sorry, maybe I could have done better, but in the contacts at the start I lost a lot of time and then I had to recover. We have to be happy: we have always been in the group in front, we have calculated the consumption of the tyres in the best possible way and continue on this positive trend. We are establishing ourselves as one of the best Teams and among the best riders in the world: I’m really satisfied.