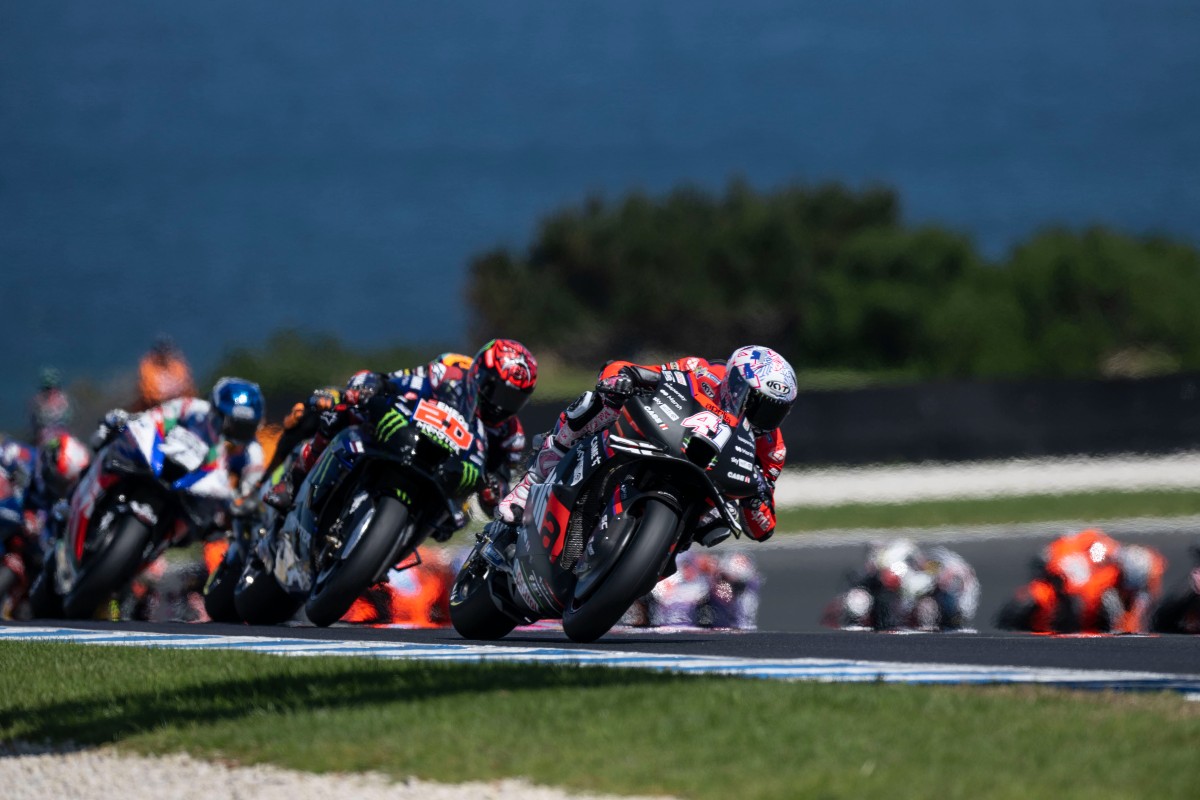 It would be impossible not to talk about the disappointment in the race today at Phillip Island. Especially in light of what was demonstrated during the practice sessions, where Aleix and Maverick had shown the right feeling, pace, and confidence in race configuration.

The script for the race, on the other hand, took an unexpected turn. Aleix, after starting well from the fourth spot on the grid, began his race aggressively, staying with the leading group with the intention of not forcing the pace during the initial stages. However, there was an abrupt drop in performance that kept Espargaró from fending off the attacks from behind and forcing him to finish ninth.

Maverick, extremely fast in FP4, had to battle with an even clearer drop in grip at the rear which, in fact, brought any ambitions of a good result to an end early on in the race.

It is a situation that demands careful analysis by the team, both to ascertain the causes and to improve the working method.

In the early part of the race today, everything was going according to plan. I started well overtaking Fabio and managed to stay easily with the leading group. Even when I made a small mistake, I was able to quickly close the gap, even doing the second fastest lap of the race. Then the situation took a strange turn. The electronics began to cut a lot of power and, despite pushing hard to make up ground on the braking sections, I didn’t have the acceleration to stay with the others. It’s a pity. These are mistakes that we can’t make if we want to battle for the championship title, especially because we demonstrated that we have the speed to do so.

I don’t understand what happened today, to be honest. We still need to carefully analyse the data, but clearly something didn’t work right. I didn’t even come close to the pace that I had in the FP4 simulations on the same tyres. It’s hard to identify the reason now, so we’ll have to get to work and simply capitalise on this experience to improve.