Ayumu Sasaki fourth and John McPhee sixth in the #AustralianGP 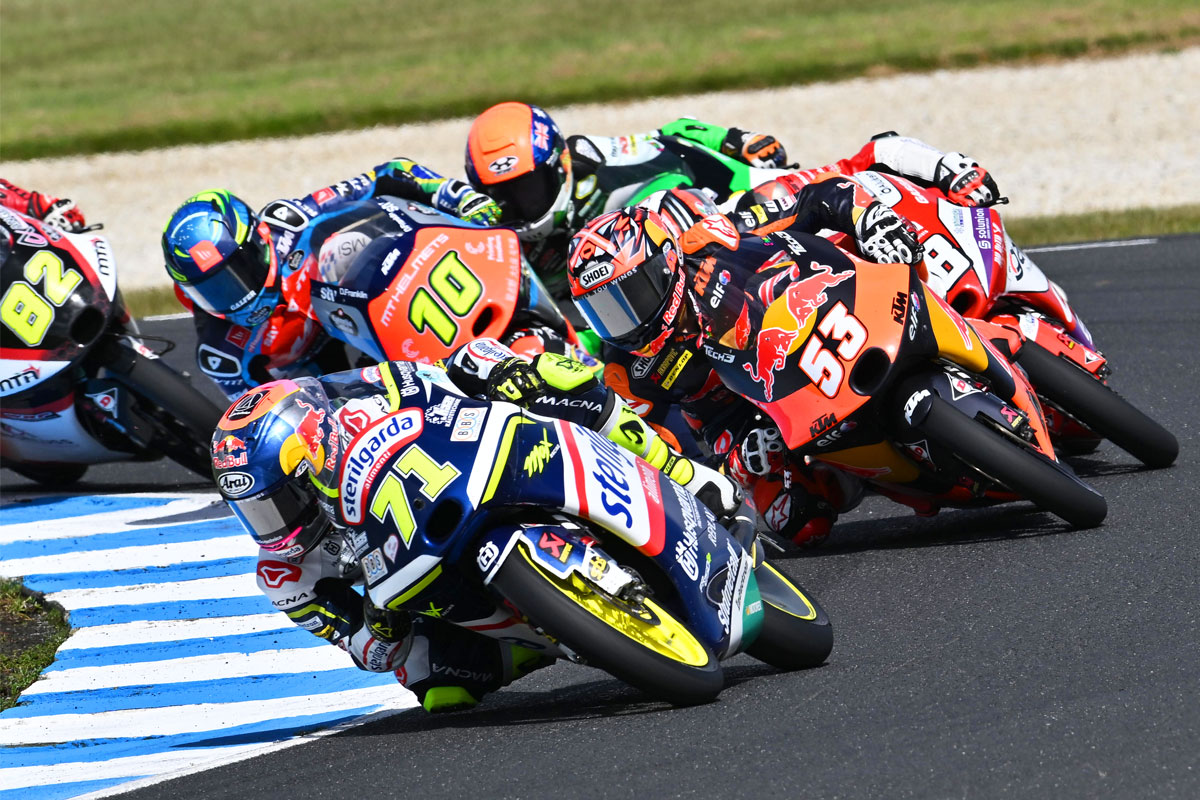 The weekend at the Phillip Island Circuit ended with a good team result for the Max Sterilgarda outfit, as Ayumu Sasaki took fourth place, with the second fastest lap of the race.

Ayumu after getting the measure of the track, still wet in some points, began to push and at the beginning of the third lap, with a big overtaking at the last corner, he led the race. Soon with the passing of the laps two small groups were created. The leading group including Ayumu with a great pace increased its advantage. Numerous changes in front seen during the 23 laps of the race, with very spectacular overtakings. In different situations Ayumu led the race and showed great speed, obtaining on lap 10 an excellent 1’36.923. He started the penultimate lap in first position and in the next two laps, the numerous overtakings that followed, relegated him to fourth position, just over half a second from the podium.

AYUMU SASAKI :
“It was a crazy difficult race. It started with a half wet track. So in the first 10 laps we kept it steady, but then the front guys could start to push, so I started pushing as well. Three other riders were in a good pace, so finally we could make a small group, which was great. Then, after that we had an incredible fight in the last 7 laps, and unfortunately I ended up 4th. This is a little disappointing because I could be on the podium, but I gave my best. The position could change in every lap, so it was difficult, but I am still satisfied with the weekend. We were strong and fast, so we take that as a positive and I just look forward for the next race in Malaysia.”

John showed in Australia showed what he’s made of in the race, he was very fast, exhibiting a great comeback. He started very well from the sixteenth position and after a few corners he moved into twelfth position. 1’36.886 is the fastest lap of the race, which John got on lap eight, time very close to the track record. He fought in the second group and for a few thousandths he missed the fifth position. After the high side on Friday, John did not lose heart and, without making any mistake, on a track that in the early laps was quite tricky, he brought home very important points for his ranking. For the Scottish rider this sixth place is the second-best result of 2022, after the fifth place in the opening race.

JOHN MCPHEE :
“After the weekend we had so far I think P6 is definitely a good step in the right direction. Finally I was able to enjoy riding the bike again in the race. It has been a tough weekend, probably one of the most difficult for me this year. I just felt completely lost throughout all the weekend with the bike and the feeling. I was not really making progresses, finally in qualy we made a good step with the rear. In the race I was determined to finish at my absolute maximum. This is my favourite track and I gave everything I had today, To get a good result. I hope that in Malaysia I can have a good feeling from FP1 onwards.”