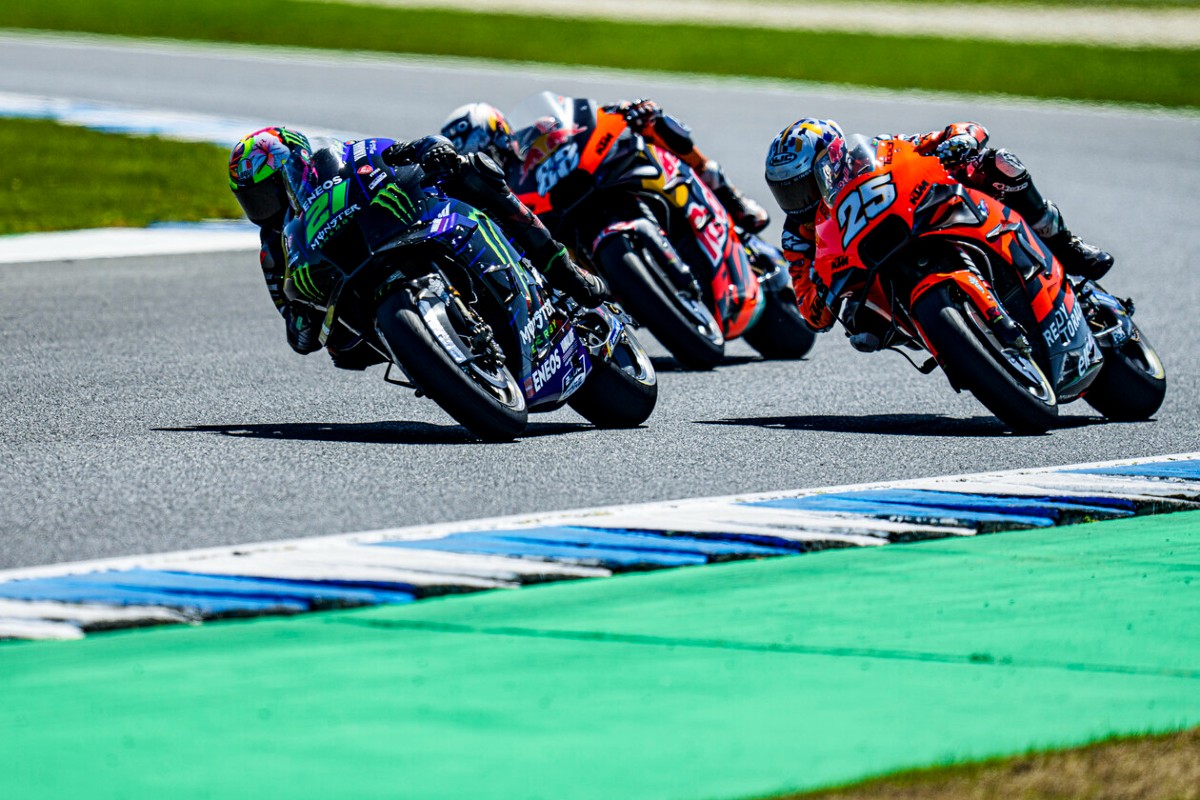 The Monster Energy Yamaha MotoGP Team were unlucky to see both riders crash out of the Australian Motorcycle Grand Prix today. Franco Morbidelli was showing decent pace and moved up from 23rd on the grid to 19th when a crash ended his race with six laps to go. Earlier on in the race, Fabio Quartararo was riding in the leading group when things took a turn for the worse. After running wide on lap 3, he fell back to 22nd place. He wanted to put in a bid for points, but a crash in Turn 2 on lap 11 ended his challenge.

Morbidelli had struggled to find a good feeling at the Phillip Island track this weekend. He had hoped to make some set-up changes in Warm Up, but a sudden shower spoiled the opportunity. He had a cautious start to the race as a colder wind was blowing than in any of the previous dry sessions, but he did find a good rhythm. He followed Raul Fernandez through the pack and briefly overtook him for 18th with seven laps to go. The two riders started to battle, but the duel was cut short when Morbido crashed on lap 22. He was perfectly OK but unable to rejoin the race.

Quartararo had a good start from P5 and exited the first corner in third, but the riders were all very close together. El Diablo was overtaken by several others in the opening stages. He was in seventh place, with 24 laps to go, when going into Turn 4 the Yamaha-man ran wide. He managed to avoid his rivals and kept his YZR-M1 upright. He fell back to 22nd place, however, and put up a brave fight to push back to 15th when drama struck on lap 11. The number-20 rider crashed out of the race in Turn 2.

After today‘s race, Quartararo is now second in the overall standings with a 14-point deficit and a 219 points total, while Morbidelli remains in 19th with 31 points. After Round 18, Yamaha are third with 227 points in the Constructor championship, and Monster Energy Yamaha MotoGP place fifth in the Team championship with 250 points.

The team will have one week off before travelling to Malaysia for Round 19, the penultimate round of the season, held at the Sepang International Circuit from 21-23 October.

Unfortunately, I crashed in the race. I was starting from far behind, and I struggled to recover some positions. When I was riding alone, I didn’t have the speed. Instead, when I was riding behind other people, I felt good potential. Overall, it’s been a tough weekend, but we did see some good things in some moments, like in FP4, when I was quick. So, we’ll keep working and keep digging to make those moments last longer. I struggled to put it all together here, but we’ll try again in Malaysia.

I was struggling a lot in Turn 4 because of the wind. I already made a mistake there earlier at the beginning of the race. After the second mistake, I tried to push. I was quite far behind. I did manage to overtake a few riders, but then I pushed too much in Turn 2. I made a mistake. Let’s see how we can handle the next races. I think Malaysia is a good track for us. I like it, so let’s see how we can do it. The championship changed a lot since Sachsenring, and that means it can also change for us in the last two GPs. I feel that we can make two great last races. We need to be focused, work well, and then we’ll see. We go to Malaysia with full motivation! I want to enjoy these last two races, that will be the most important, because when I enjoy the races, I know we can be fast.