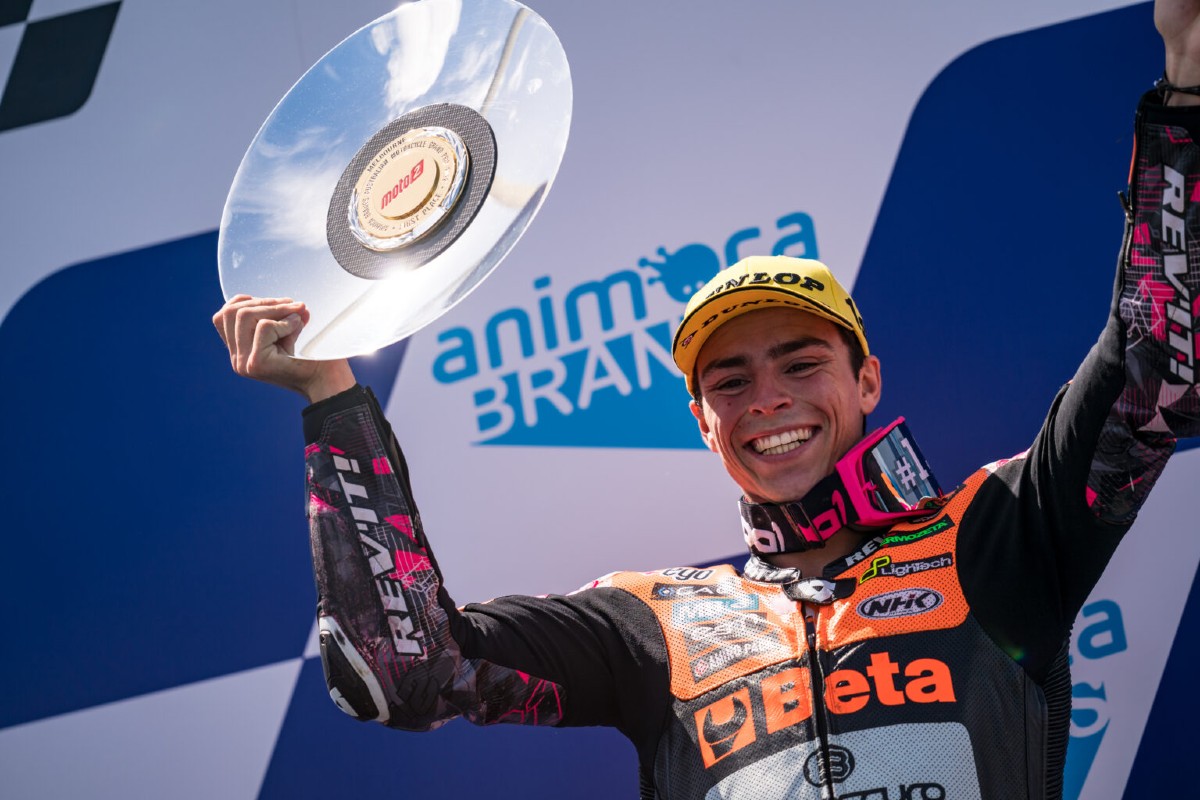 A perfect race for Alonso López who does not miss a shot and hits the second and memorable victory as a rookie despite the long lap penalty. At the Phillip Island Circuit comes Fermín Aldeguer’s best result of the season who stops a step back from the podium, finishing an over-the-top weekend in p4.

It is still the number #21 of the Beta Tools SpeedUp team who amazes everyone with a fantastic victory on his Boscoscuro bike. After a “López” start in which he took the lead after a few corners, Alonso managed in a few laps to create a gap of over two seconds from the other riders, thus managing to take the penalty without losing positions. In the following laps the Madrilenian continued to ride his Boscoscuro bike very well, increasing the gap from the second until he reached the finish line victorious, sealing his second win and fourth podium of the season.

Weekend to remember also for team #54 which reached the best result in the race today although the sensations on the track were different from those encountered during the other sessions. Fermín was able to manage the lack of grip very well from the first laps, keeping the pace high until the finish line by signing a fourth place at his first Australian Grand Prix.

I am very happy with this race because I had a lot of fun on my Boscoscuro bike, it was amazing! Yesterday we knew that we could do it and in fact I hid an ace under the sleeve of my suit, literally!! Super happy with the pace with which I started the race and the gap obtained in the first laps that allowed me to perform the long lap without losing positions and then be able to increase it. And nothing, a crazy race, I think the best of my life!

I’m happy with fourth place even though I think we deserved more! Anyway, we finished the race by reaching our main goal but we are sorry to have found a defective tire that took away our chance to fight for the podium and why not for the win? However, we are satisfied with this weekend, with the excellent work done by the whole team and with the progress we are achieving. We are on the right path, go on like this!