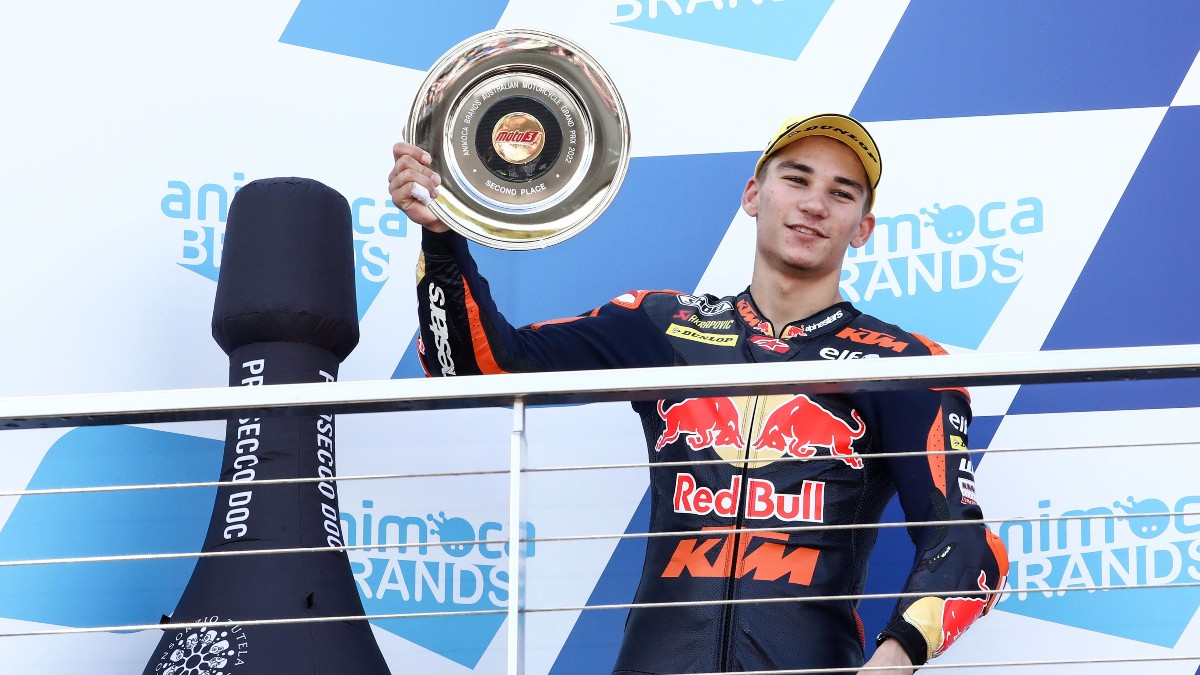 Red Bull KTM Tech3 took their first ever start in Phillip Island today for the Animoca Brands Australian Grand Prix, the eighteenth round of the 2022 Moto3 World Championship. Deniz Oncu was starting from the eighth position on the grid and his teammate Adrian Fernandez from the fifteenth.

Deniz Oncu and his team made the decision to go easy on the warm up session this morning, as the rain from the night left the track damp, whilst the sun was out forecasting a dry race later on in the morning. The Turkish rider had therefore not set a time this morning before lining up for his first race in Australia. When the lights went out, Deniz took a decent start as he powered himself from P8 within the top 5. In just a few laps, he was part of the leading group and the fight for podium was on. With a solid race pace all along, the Red Bull KTM Tech3 rider treated us with some good fights with his rivals. He continued to put pressure within the final laps to pass the checkered flag second. Well deserved podium for Deniz Oncu, who jumps on the podium for the second time this season and gets back to his fifth place in the riders championship, with only two rounds to go.

Adrian Fernandez was starting from the fifteenth position for his first time in Phillip Island after a good qualifying day which saw him heading directly to Q2. After serving early in the race the double long lap penalty he was given following an incident in Thailand two weeks ago, the Spaniard was then able to focus on his race and rhythm as he started recovering from the back of the grid. He set a good race pace to make it all the way to P18, not so far from the points. He made the best of his penalty, and will look forward to heading to Sepang next week with hopes to score points again.

We had a really good race today and I was glad that we quickly became a leading group of just four riders so we could fight properly without losing too many positions. I prepared my strategy very well for the final corner. In the final lap, two riders went wide and I told myself that I needed to accelerate and go for it. I am happy to finish second today and get back on the podium after my different injuries over the last couple of weeks.

It was never going to be easy as we had a double long lap penalty to do. At the start I touched with another rider and then made my penalty laps. After that, I found myself at the back and just focused on doing good laps as I felt good on the bike. In the end, we made it back to P18. It is a shame because we had a good weekend here overall, but we will go to Sepang very motivated to do something good there.