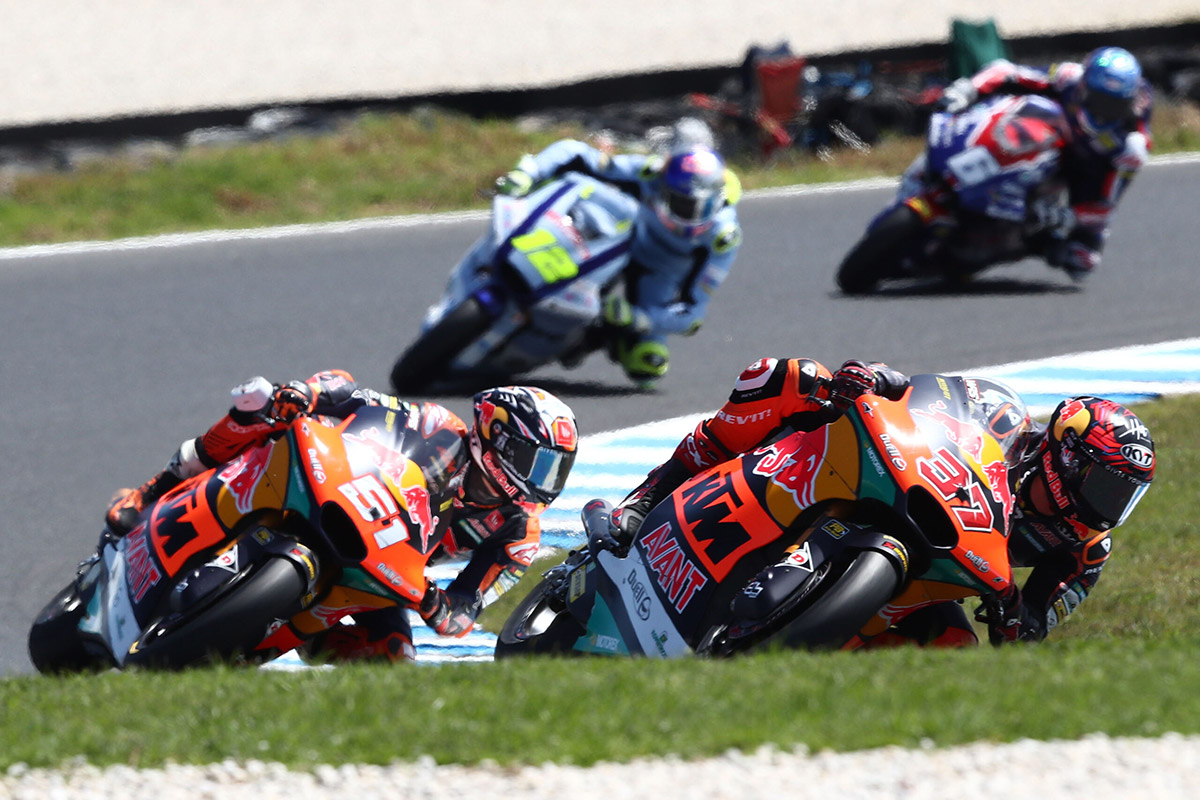 Red Bull KTM Ajo Moto2 experienced mixed fortunes at the Australian Grand Prix. Pedro Acosta finished in second position after showing great pace and starting from eighth place on the grid. Augusto Fernandez, who was on the front row, occupied the podium spots before crashing out with ten laps to go.

Fernandez started the Moto2 race from the front row of the grid for the ninth time this season. The Red Bull KTM Ajo rider dropped down to fourth place off the line, but managed to recover and regained second, trying to catch up with the race leader. After several laps riding in third, just behind his teammate, Fernandez crashed when both were riding at a high pace and was unable to rejoin the race. He is second in the overall standings with 238.5 points.

Acosta had made progress throughout the weekend. After starting the Moto2 race from eighth position, he was able to climb positions lap after lap in his first contest at the Australian circuit. One of the strongest riders in the race. Acosta overtook his teammate and kept up a fast pace in second place, reducing the gap to the eventual winner lap after lap. He finished in second place, earning a fifth podium of the season. He is currently fifth in the standings with 152 points.

The next round of the Moto2 World Championship will be the Malaysian Grand Prix, held at the Sepang International Circuit from October 21st-23rd.

#37 AUGUSTO FERNANDEZ
“It was not the end to the race that we had hoped for. It was a very strange crash, but sometimes these things happen. It makes me angry, because we were fighting for the podium and there were important points at stake. I feel very strong for the upcoming races and want to fight for victory. We are working well, we have very clear ideas and we will continue fighting until the end of the season”.

#51 PEDRO ACOSTA
“Phillip Island is a completely different circuit to the rest, where we had situations that do not occur at other circuits. We have worked well throughout the weekend to have a good pace today. The team did very well and I felt very comfortable, so I have to thank them for the effort they always put in. We took another podium, which in the end is important, and we are already thinking about Malaysia and the next race”.