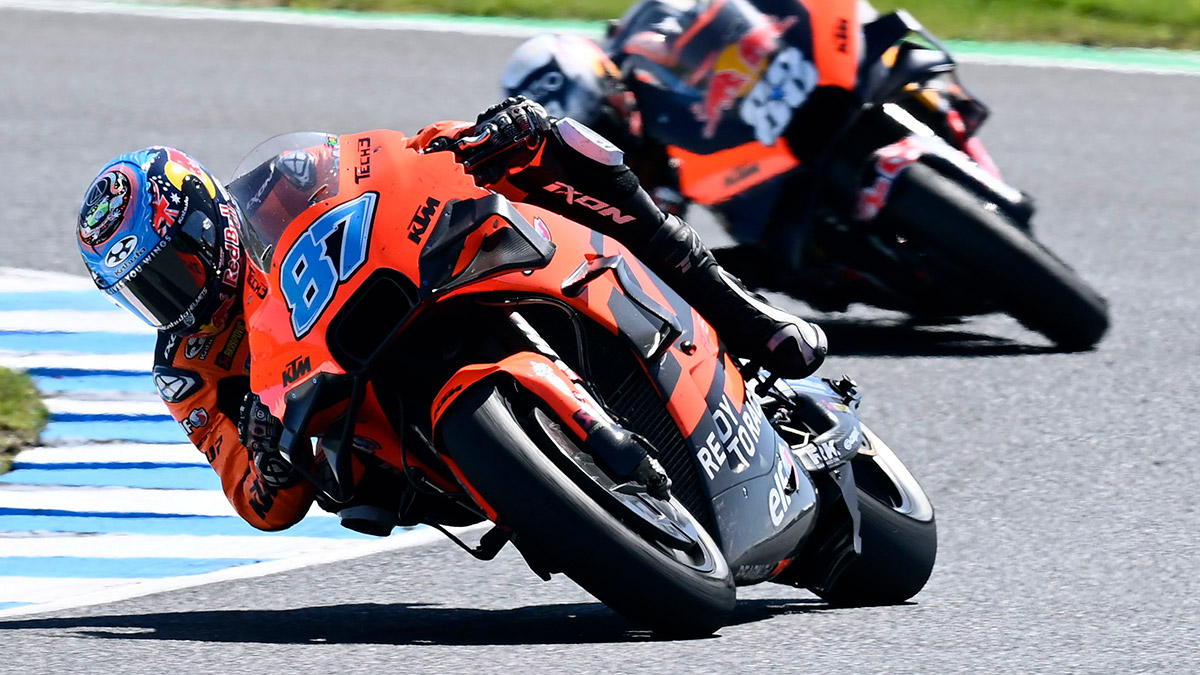 Big race day for the Tech3 KTM Factory Racing team on Sunday as Australian Remy Gardner was set to race for the first time in MotoGP in Phillip Island. The KTM rookie was starting from P19 while teammate Raul Fernandez lined up in twenty-first before the lights went out at 14:00 local time.

After a positive weekend overall in Phillip Island, Remy Gardner took an impressive start to his Australian Grand Prix. From P19, he managed to stay within the front group and powered himself progressively all the way until P10. The first half of the race was impressive and the rookie seemed to feel strong and eager for overtakings on home turf. Eventually he started losing positions as tyres became harder to manage within the final laps. He passed the checkered flag in fifteenth and grabbed on point in front of brother, friends and fans.

Starting from P21 today for the eighteenth round of the season, Raul Fernandez was impressive in Phillip Island, a track he had only raced on once, back in Moto3 three years ago. His start was smooth, but the second half of the race was very good. He seemed to feel confident as he registered his fastest lap of the race in 1’30.106 on lap 13, faster than Marc Marquez’ fastest lap. He did his best to manage the tyres until the end of the race, and settled with a P16, just outside of the points. Next week already, Tech3 KTM Racing Team will head to Sepang for the Grand Prix of Malaysia, the penultimate round of this busy 2022 MotoGP season.

“I took a rather good start to the race and stayed close to the front group for thirteen-fourteen laps more or less as I felt strong on the bike. At one point, we were in P10. Then the tyres started dropping and we lost a couple of positions but I had a lot of fun riding here today. The fans have been incredible all weekend, and it was good to spend some time with them on the cooling down lap after the race. Thank you to all of them who came supporting us this weekend, they have been amazing.”

“I have enjoyed the last couple of races although this is not the place where both my team and myself want to be. In terms of pace, we have been close to the other KTM riders which is a positive point. This track does not have so many corners to overtake, turns 4 and 10 are the main ones. We had a few fights with Franco Morbidelli but we lost time doing so and my race pace was better after he crashed. I think that we made the right tyre decision today although it was tough to manage within the final laps, but I am happy with my race overall.”