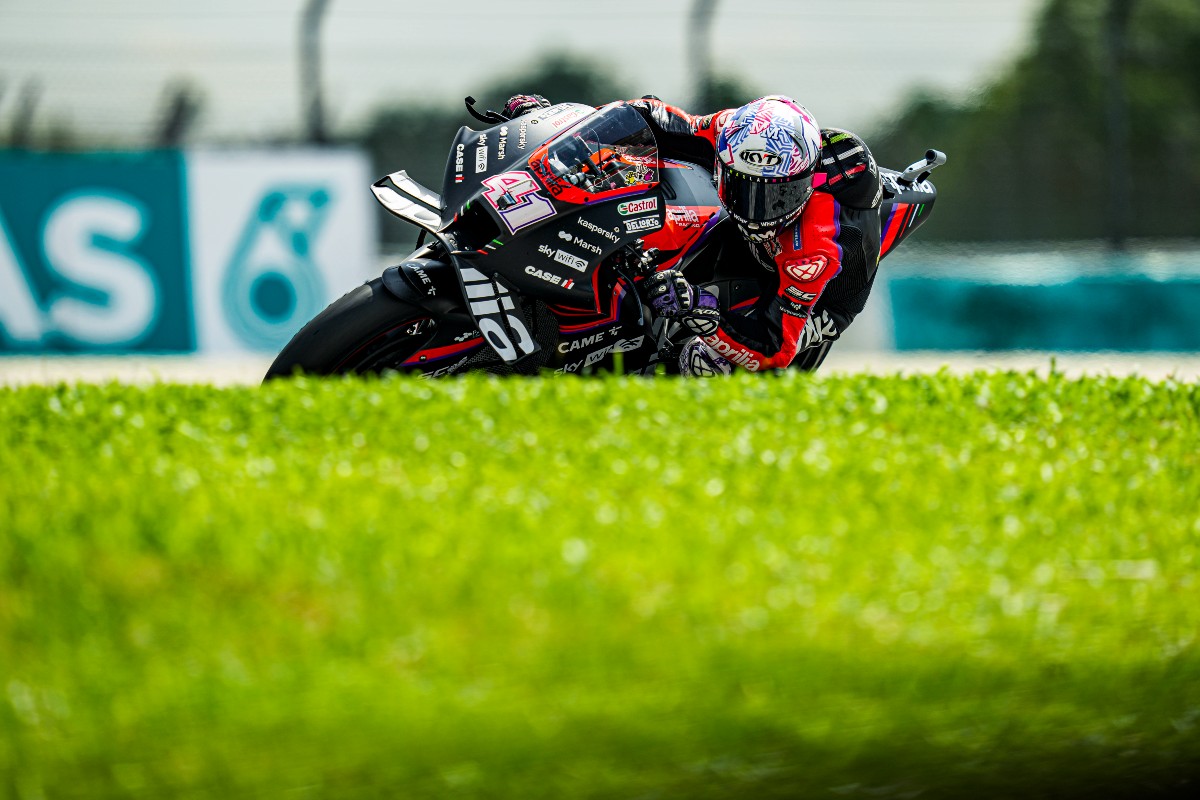 The tenth place finish taken by the skin of his teeth renders merit to Aleix’s determination and grit after a season which is already the best by far of Aprilia history. A title contender all the way to the penultimate round, still third in the overall rider standings, with a double second place in the constructors and team standings, these are extraordinary results for an Italian project made up of commitment, innovation, and humility which, just this year, tackled its first season as an official factory team.

The race today neither takes away or adds much to the analysis. These are important points to keep the race for third overall alive and to look optimistically towards the highly anticipated 2023 season.

Unfortunately, in the race Maverick once again confirmed the problems with grip he had found in his most recent outings, unable to make up positions after a less than perfect start. Eyes on Valencia for him as well, which will be the final race of his first full season with Aprilia and a chance to finish with a smile this championship where he has, in any case, performed brilliantly.

Battling for the championship title was a dream come true and, in any case, I am proud of what we accomplished this year. However, it’s still a pity not to have finished the season the way we deserved. In the last few races, something didn’t work right and we need to understand why. I’m convinced that we’ll be able to confirm our good performance next year as well. We have demonstrated that we have the speed. Now it’s time to hit reset, head home, and get ready for Valencia. We can still make a play for third place and, above all, finish out this season with a good race.

It’s hard to find an explanation. All we have to go on is results and they tell us that we have work to do. The situation needs to be analysed, understood, and used to improve. For Aprilia and me this was our first year together and we still have a lot to learn. Like in Australia, we were competitive in spurts but at the end of the day, we were unable to fully exploit our potential and convert it into a good race. Now we’ll take a week off to rest up because it has been a long and demanding season and then all eyes on Valencia and the future.