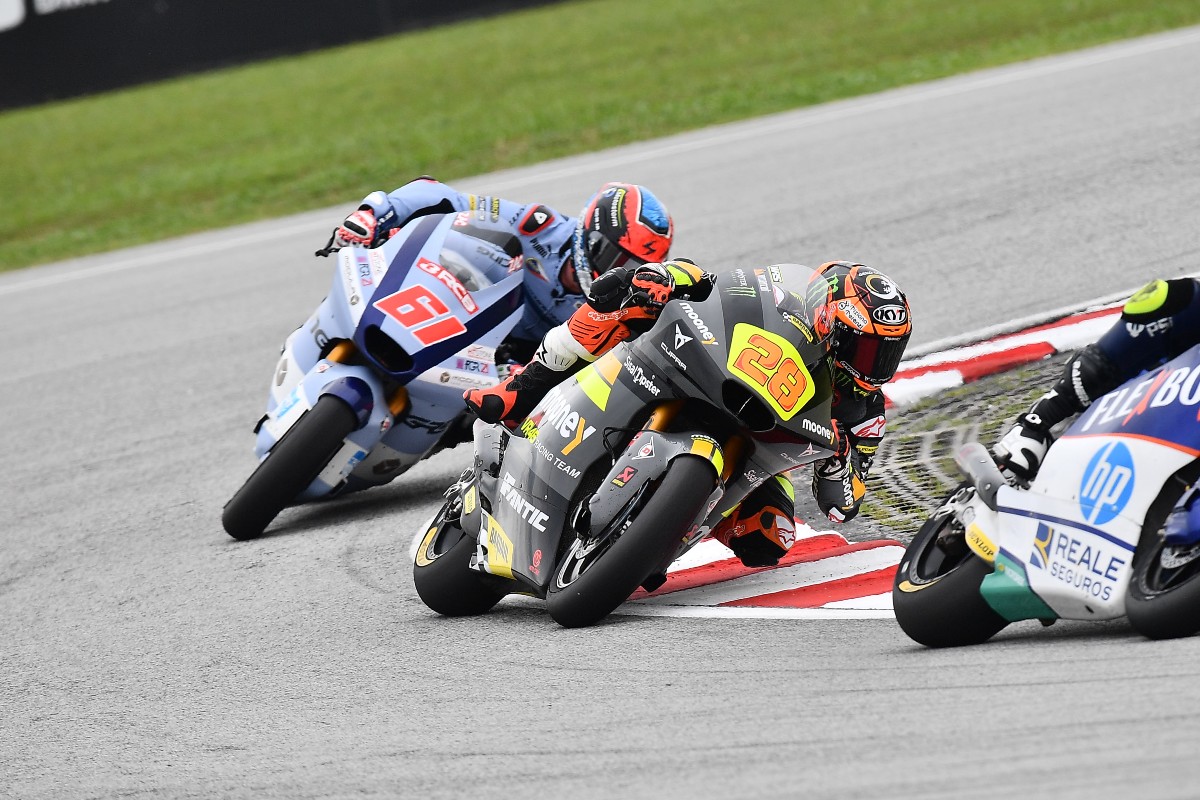 Celestino Vietti and Niccoló Antonelli are out of the points zone at the Malaysian GP. Both started from the middle of the grid and the riders of the Mooney VR46 Racing Team finished out of the top 15. Celestino was forced to retire after a crash while Niccolò crossed the finish line in P21.

20th on the grid after a complicated qualifying session, Celestino was in the slip stream of the group fighting for the points and climbed the rankings to 13th place before a crash during the sixth lap. With today’s result, he is in P5 in the general standings (165 points) on the eve of the last GP of the season, in two weeks, at Ricardo Tormo in Valencia.

17th at the start, Niccolò who was immediately locked in the battle at the start and the accident on the first lap. He is thus forced to recover from the rear of the group and passes under the chequered flag in 21st place.

A very difficult race due to the heat and conditions. I didn’t have a bad start, but immediately at the start I found myself at the back of the group. I couldn’t do much, the crashed bikes were right in front of me. I then tried to recover but climbing up the rankings, alone and without references, is really very complicated. A pity not to have made the most of the grid position.

A series of really difficult races and where we collected a lot less than we expected. I am sorry because on some occasions we have shown that we have good potential, but we did not materialise it on Sunday. Let’s go back at work for Valencia and to close the season in the best possible way.

#MalaysianGP
Get All Our Latest News Sent Direct To Your Inbox
Join 30,271 other subscribers.
Follow on Social Media
Get the VROOM Podcast