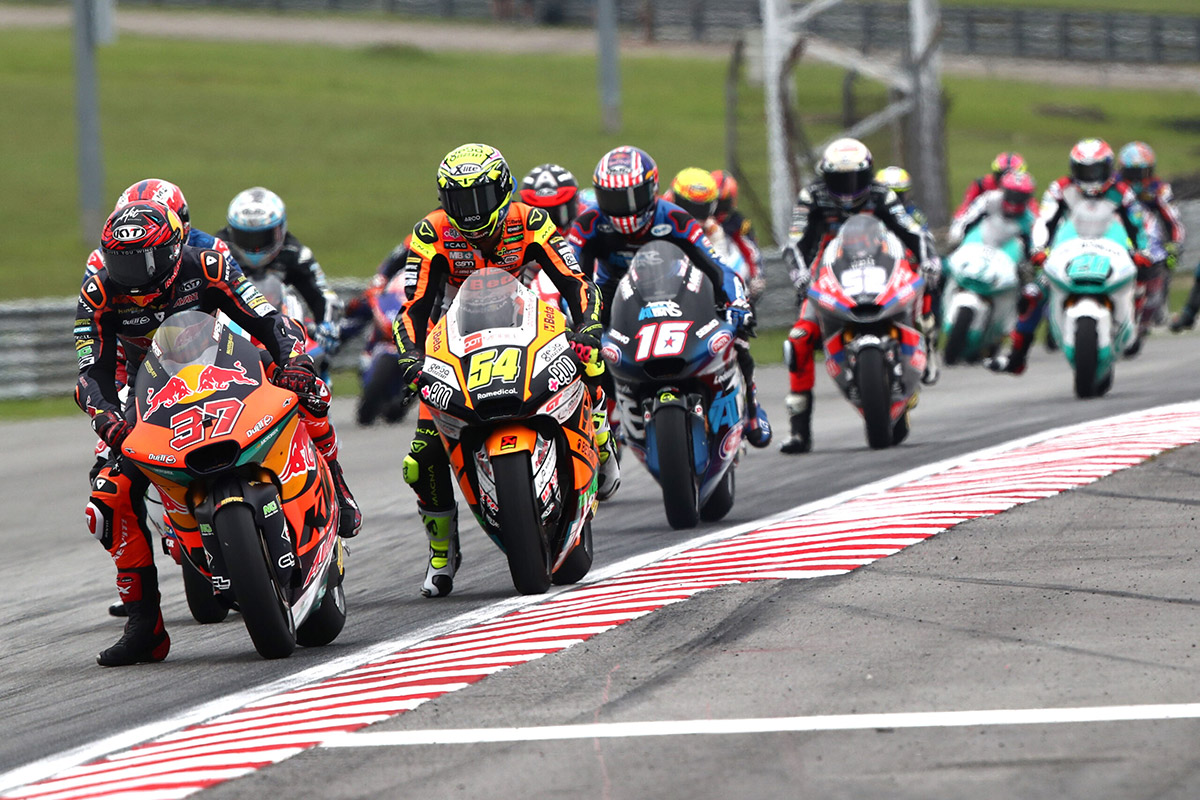 Red Bull KTM Ajo Moto2 duo faced one of the most demanding races of the season this Sunday in Sepang. Augusto Fernandez rode an intelligent contest to finish in fourth position, also retaking the lead of the Moto2 series, while Pedro Acosta crashed at Turn 2 and despite rejoining the race, he was unable to finish.

Fernandez was facing a decisive race in the fight for the Moto2 World Championship. The Red Bull KTM Ajo rider started from sixth place, which he held during a tussle at the beginning of the race. On the final laps he made his move up the order, keeping a cool head so as not to make any mistakes and finishing the race in fourth place, which allowed him to score some important points in the fight for the title. Fernandez has a total of 251.5 points, and has a 9.5-point advantage over his nearest rival.

Acosta did not have the finish he had hoped for at the Malaysian Grand Prix. On the third row of the grid, in eighth, he was involved in a crash at Turn 2 and was unable to avoid the riders in his path. Able to rejoin the race, continuing to gain experience in the class ahead of the last race of the season, Acosta kept up a good pace and seemed comfortable, but after nine laps he suffered another crash which took him out of the race. With 152 points, he is in 8th in the Moto2 standings and still has a chance to be the Rookie of the Year.

The Moto2 season will conclude with the Valencia Grand Prix, which will be held from November 3rd-6th at the Circuit Ricardo Tormo in Valencia.

#37 AUGUSTO FERNANDEZ
“It was a race in which I had to manage things very well. I had to fight hard for fifth, and I was able to stay calm and wait for the best moment. I felt strong and in the end we were fourth. It is a very good result and gives us some very important points. We have also regained the lead and we will arrive in Valencia with a chance to fight for the title until the end.”

#51 PEDRO ACOSTA
“The race didn’t go as we expected today. Riders crashed in front of me at Turn 2 and I couldn’t avoid them. I was able to continue to gain experience, but it was a shame because I had the pace to be up at the front. Then I suffered another crash, so it hasn’t been our best weekend. Now it’s time to wipe the slate clean and focus on Valencia, to finish the year in the best possible way.”