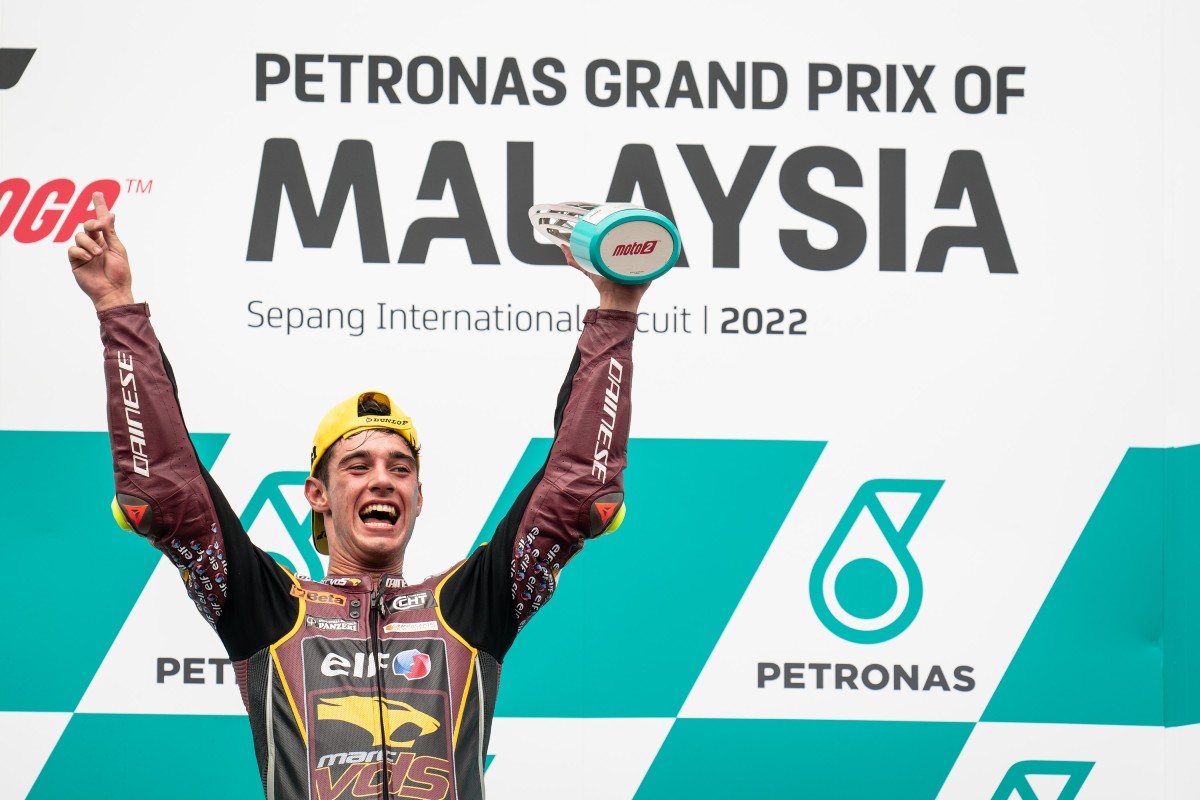 Tony Arbolino scored his third victory of the season at the Sepang International Circuit by coming out on top in a dramatic fight with Ai Ogura.

The 18-lap Moto2 race was one of the most punishing of the year as riders competed in ambient temperatures of 31 degrees and humidity of 59%.

Tony Arbolino was the sole Elf Marc VDS Racing Team rider on track today after Sam Lowes was withdrawn from the Malaysian GP to aid the recovery of the Englishman’s shoulder injury.

Starting from second, Tony swept into the lead at the race’s first turn. Ai Ogura was the only rider that could live with his speed as the Italian set the race’s fastest lap on lap five to eke out a 0.9s lead.

But Ogura fought back and eventually took the lead at the start of lap 13 only for Tony to respond at the same place the following lap. He then resisted his Japanese rival’s last lap attack to win by 11 seconds.

Tony’s fourth podium in Moto2 sees him jump to fourth in the World Championship with 175.5 points, 24.5 back of Aron Canet in third.

An incredibly amazing race! I felt incredible out there today. I tried to push from the first lap and saw that it was not possible to keep doing my fastest rhythm all race long. But I’m really happy. It’s a shame for Ogura, who crashed. He didn’t have to overtake me, especially as I was 100% convinced that I was going to win the race! I was able to do some crazy things out there. Anyway, I feel amazing and there’s not much more to say. I want to thank the team as always. They believed in me. They work so hard and hard work pays off. I’m always trying to improve myself in all aspects behind the scenes. I think this result shows we’re doing a few things right! This is a really special day for me.