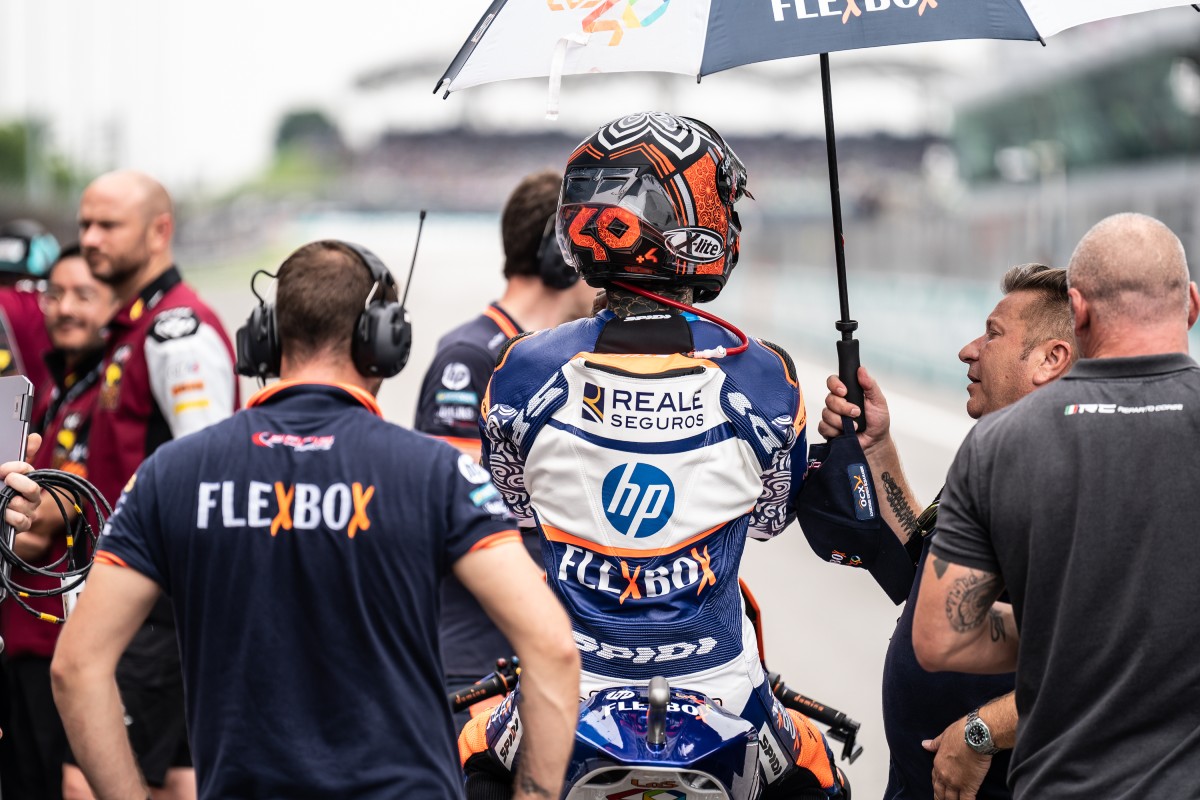 Bad luck has crossed Arón Canet’s path at the Malaysian Grand Prix. Sito Pons’ pupil started from third position and was aiming to fight for the victory, but any chance of victory was ruined after a touch in the second corner of the first lap, in which Canet had to run wide to avoid crashing. Losing a lot of positions, Canet made his way up to cross the finish line in eighth position. A pity as he could have fought for the victory today.

A solid performance from rookie Borja Gómez. His first appearance on a Moto2 bike resulted in a good twentieth position, but the most important thing is that the FlexBox HP 40 rider improved every time he went out on track and today he had enough pace to be in the points. A good weekend for the young rider who has found a completely new scenario for him: bike, team, circuit and debut in the World Championship.

It was a real pity today as a mishap in the second corner with several riders prevented us from fighting for the leading positions. We had the pace to do it and we showed it by moving up to eighth position. Now we have to think about the last race of the season at home and enjoy ourselves with the best fans in the world.

The truth is that this weekend has been one of the most important experiences of my life on a bike and I want to thank the team and especially Sito for this opportunity and for the way they have treated me throughout the weekend. It has been incredible. On the sporting side, I felt much better in the race because we put into practice everything we learned during these two days and we had the pace to fight for the points, but having to do two long laps because of the movement at the start has penalized us. Bittersweet but we are satisfied.