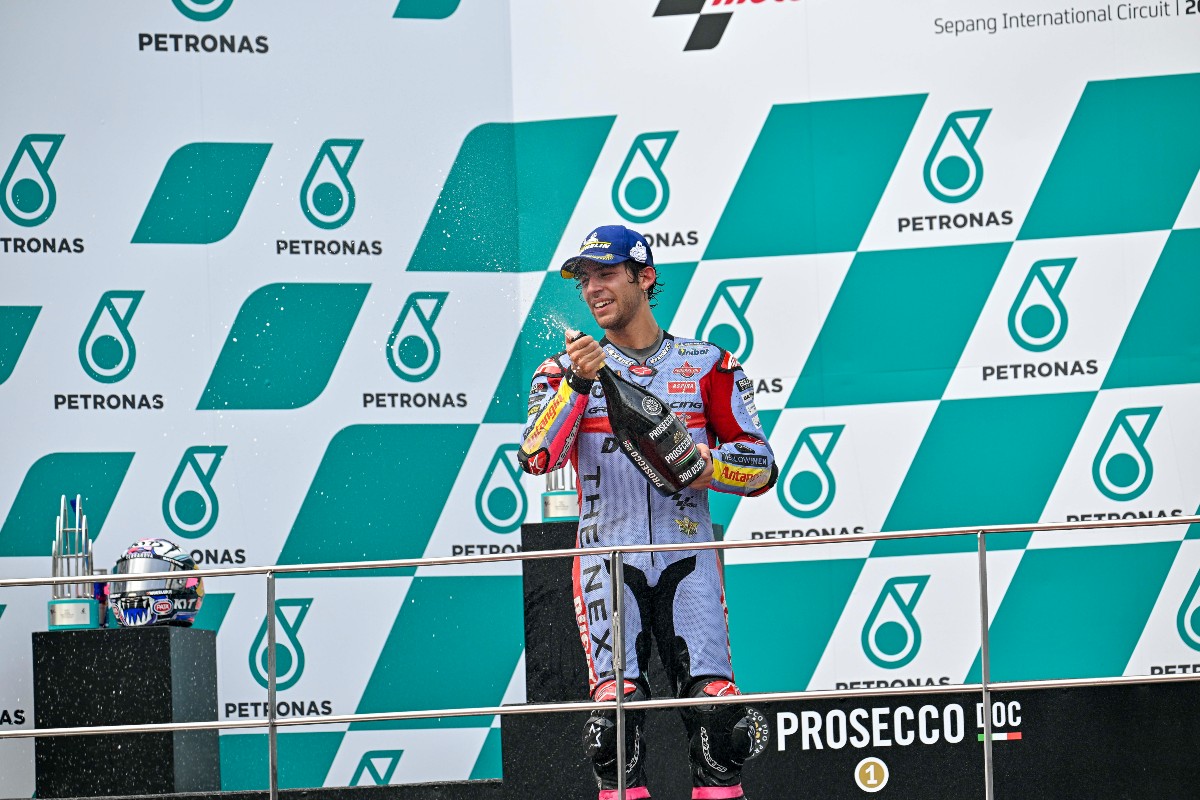 Team Gresini MotoGP and Enea Bastianini had an excellent show of strength at Sepang and once again proved to be among the main protagonists of the season. Another podium came for the #23 – which adds to the already excellent series of accomplishments of 2022 – at the end of a race battled with his soon-to-be team mate and likely next champ Bagnaia.

Bastianini managed both race and tyres well while trying to win after Martin’s early exit from the race. The battle with Pecco was an exciting one, with the 20 points secured today which are going to be key for an overall top-three finish in the season. Enea now only has to rely on himself to achieve this incredible result: one more point on Aleix Espargaró at Valencia would be enough to secure third place.

Fabio Di Giannantonio wrapped up his Malaysian weekend ten laps too early. The rider #49 tucked the front at turn five while battling for a top-15 finish with a big group of riders. The last chance to finish the year on a high will be at Valencia in a fortnight’s time.

I’m happy, because 20 points are important to continue the chase to Espargaró, but at the same time I’m a little disappointed because when I was at the front, something changed and the feeling with the bike wasn’t the same. We’ll analyse the data to understand what happened… The important thing is that we showed once again to be among the top players in this category. We’ll try to wrap things up the best way at Valencia.

I had a good started and maintained my position despite all the coming togethers of the first laps, but I saw immediately that we were losing traction compared to Pol Espargaró, who was ahead of us. Too bad, because we were in the group fighting for a top-15 finish and I pushed hard for this result: unfortunately I lacked feeling with the front-end and I eventually crashed. Now let’s focus on Valencia.