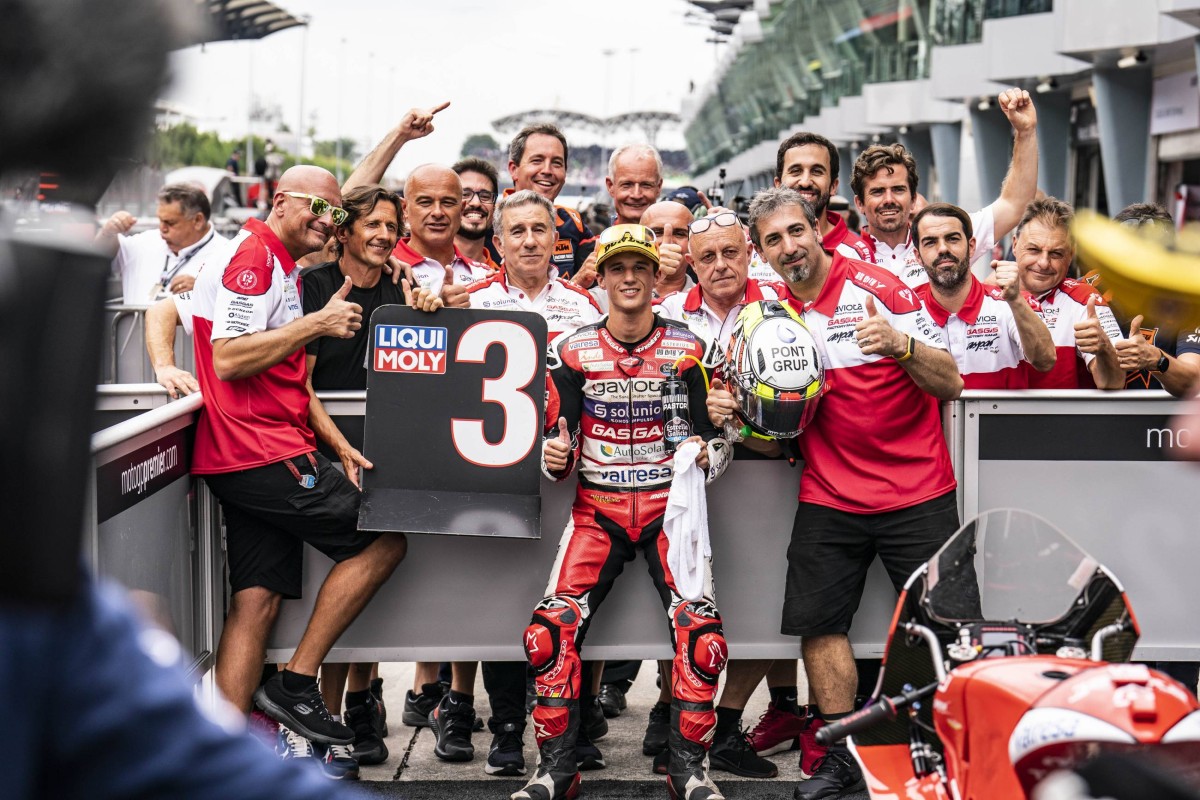 Gaviota GASGAS Aspar riders gave their best on the Sepang track. Sergio García finished third after riding with the front group throughout the race. Gaviota GASGAS Aspar rider was leading the race with one lap to go. However, the chaos of the last corners denied him the victory. The Spanish rider finished on the podium for the ninth time this season and extends his lead over Foggia for the World Championship runner-up spot to eight points. His teammate Izan Guevara had a difficult race. The Mallorcan was affected by a crash in the first laps and he lost some positions. However, Guevara did not give up and caught up with the front group until he led it. At that point, he suffered a contact with Ayumu Sasaki and dropped to twelfth position.

Crazy race and we made a great start but there were a lot of passes and change in rhythm. I tried to keep the gap and the distance with the riders in front and everything was going smoothly, then on lap ten I started to get faster and returned to the lead even though the tyres were obviously not as good as they were at the start of the race. With five-six laps to go Sasaki made a mistake, I think he missed a gear, I almost crashed into him and it was a close one. Luckily, I could continue and saved something from the race. We’ll look to Valencia now and try to achieve the target that I put into place yesterday!

I felt really good on the bike this weekend, but at the end of the race I think my speed at the end of the straights was really bad unfortunately. It was really difficult; I pushed as hard as I could but I think it was impossible for me to win the race today. I gave it absolutely 100% – and even though I didn’t win, I can be happy in some ways because the points are important for the championship. Let’s keep working and let’s keep improving!