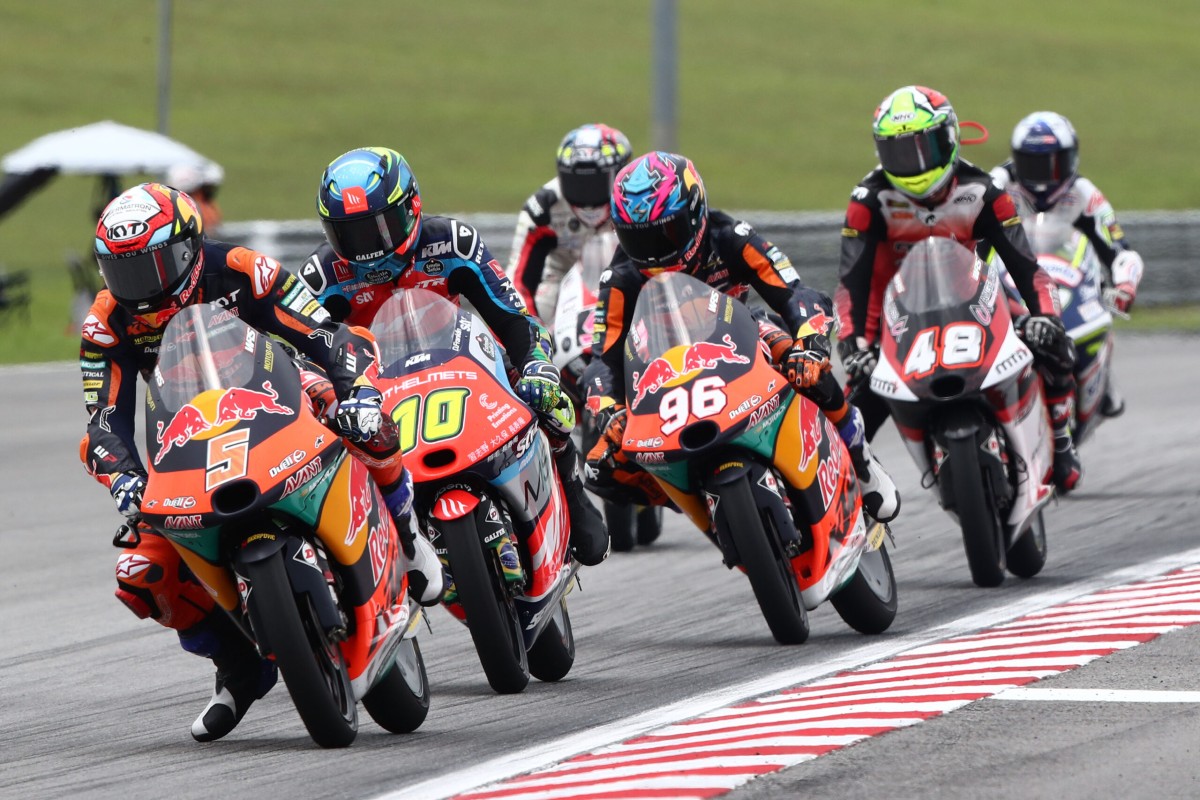 The Moto3 Malaysian Grand Prix provided an intense fight in the front group. Jaume Masia finished fourth after fighting for the podium, even leading the race at one point. Dani Holgado remained in the group until finishing in a creditable seventh position.

Masia started the race from the second row of the grid, in fourth. He remained among the frontrunners, amidst a high pace and constant changes of positions, using the moment to take the lead at one point. The podium spots were decided on the final laps, with him moving back in front with 4 laps to go. After an exciting last lap, he crossed the finish line in fourth. With 177 points, he is sixth in the Moto3 overall standings.

Holgado was fifth on the grid. Despite dropping some positions at the start, he was able to recover and pushed to rejoin the fight for the podium. After the midway mark, the group separated and the Red Bull KTM Ajo Moto3 rider was left behind, although he remained in the top 10, crossing the finish line in seventh position. He now occupies eleventh in the standings with 97 points and remains in contention for the Rookie of the Year title.

Red Bull KTM Ajo will return to competition at the Valencia Grand Prix, the last round of the season, from November 4-6th.

It was a very tough race. I was able to climb positions from the start and we had to fight a lot in the group. The conditions were not easy at all, but it is a circuit that I am good at and where I have achieved good results on other occasions. I had the chance for a podium until the end, and even to win, but in the end it was not possible. We did a good job with the team this weekend and I’m satisfied. Now there is only the last race left, which is at home, and we have to do our best there.

It has been a great weekend. We were fast from the start. The race was quite long and hard due to the heat, although we lacked a little more pace, especially at the end of the race. I am lacking experience, although I’m making a lot of progress. We were fast both alone and in the leading group. We will keep working as we have until now. We’re going back home now, and at Valencia we’ll fight for the rookie award.