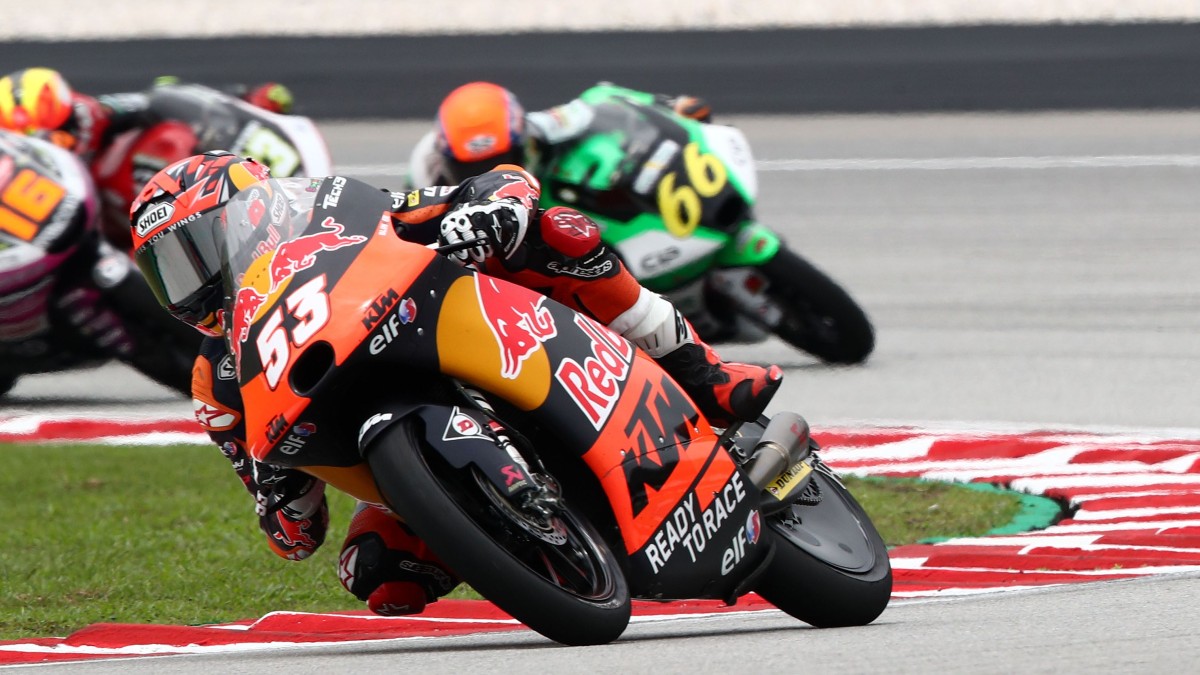 Red Bull KTM Tech3’s Deniz Oncu and Adrian Fernandez took their nineteenth start of the season today at the Grand Prix of Malaysia. The young Turkish KTM rider, fifth in the championship, was starting rather far in P25, while teammate Adrian Fernandez lined up in P19 for his first race at Sepang International Circuit.

Unlike other weekends, Deniz Oncu encountered difficulties on both Friday and Saturday on the Malaysian layout, and his crash in qualifying on Saturday prevented him from doing any strong time attack. Starting in twenty-fifth, he took a really good start as he powered himself to P13 within one lap. With a race pace similar to the front group, he progressively settled himself in the second group as he made his way to P11, just outside of the top 10. Eager for more, he continued to push and eventually managed to make it to the top 10 within the final laps. He ended the flyaway races with a good comeback and important points for the championship, with only one race to go.

Adrian Fernandez raced for the first time in Malaysia today. After missing out shortly on Q2 yesterday, he was starting in P19. When the lights went out for the penultimate Moto3 race of 2022, the young Fernandez lost a few positions in the first lap but eventually recovered them as the race went on. He settled for a while in eighteenth, before he gave an extra push in the final laps to make it to the top 15. Red Bull KTM Tech3 will go home with both riders having scored points today, a positive achievement before heading back to Europe for the season finale in Valencia, in just two weeks time.

This week has probably been one of the toughest of the season. I never had a good feeling on the bike, all weekend long. I made many mistakes this weekend, I crashed, and just never got it right. Finishing tenth is quite good after the weekend we had, and we scored important points for the championship. We’ll come back stronger in Valencia.

The track conditions were quite difficult in the warm up this morning as it was a mix of wet and dry, but I felt good. The race start was crazy and I lost a few positions unfortunately. I tried my best to recover as many positions as I could, and we managed to finish in P15 with a point. I would like to thank my team for the work, and we will now be heading home in Spain for the final round of the year.