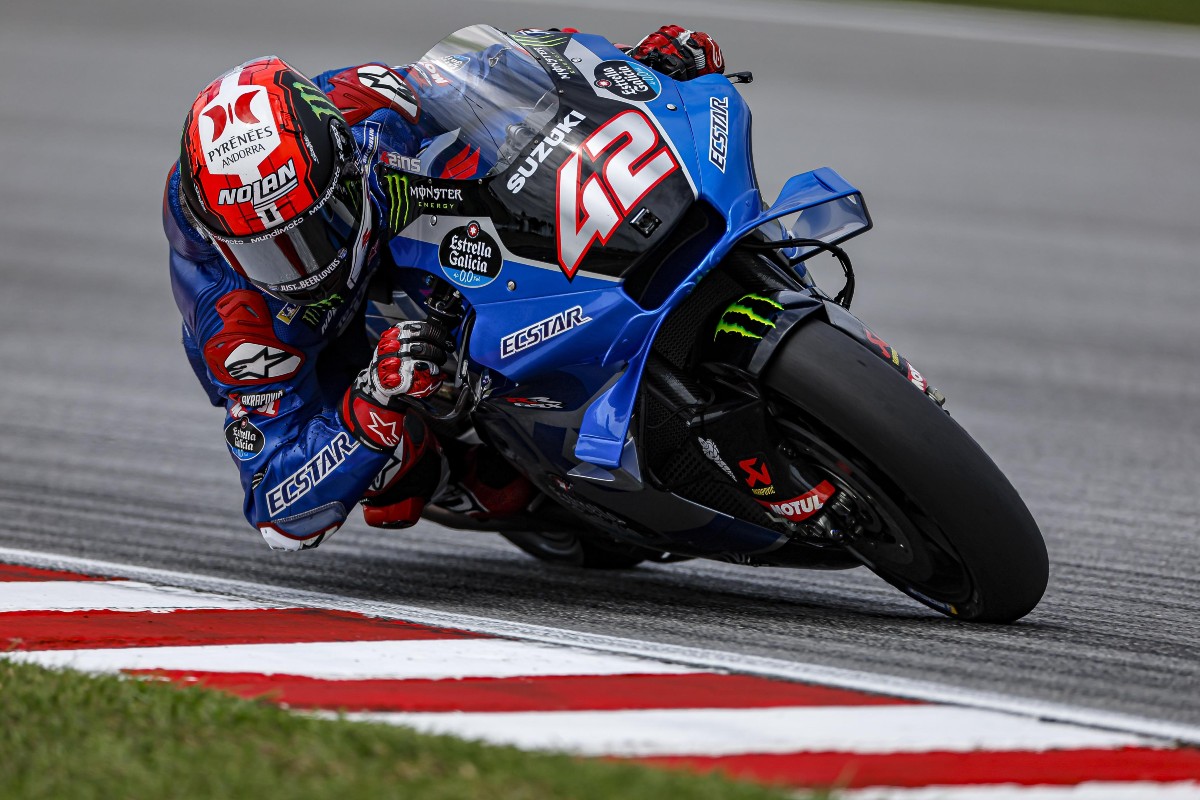 The enthusiastic fans turned out in their thousands for MotoGP’s return to action at Sepang, and the first race at the track since 2019 stayed dry for the duration of the 20-lap shoot out.

Alex Rins got a good initial launch off the line but dropped into the pack a little, while Joan Mir dived through from his 11th place grid spot to slot immediately into seventh. As the pack settled down both Suzuki riders were running together, and after being held up for a couple of laps they soon found themselves in a tight group fighting for fifth place. By Lap 7 Mir had moved into a strong fourth, while Rins sat in seventh. After a few more laps had passed, it was Rins who went into battle with the group, gaining an important top 5 position. However, with gaps in the field and it was the highest place he could achieve with the time remaining. This solid fifth place finish still gives a boost to both rider and team. Mir hit trouble during the race when he started to suffer bad arm pump, and a subsequent run-off with just a handful of laps remaining pushed him further back. He finished a luckless 19th.

Just one race now remains for Team Suzuki Ecstar, at Ricardo Tormo circuit in Valencia on November 6th where the entire squad will push to go out in style.

The race wasn’t too bad, but we struggled a lot. I couldn’t get the best start when I released the clutch, and then I got swamped a bit. After that I found that when I was behind other riders I was struggling for grip and a lack of traction on corner exits. I felt the grip level on track was much less than in the practices, and I was not as strong as in the practices on braking; that meant I wasn’t able to show the pace that I’ve shown in the last few days. However, fifth place is not too bad, and it’s more points to solidify my position in the championship.

It’s been a disappointing race for me, especially after a good performance on the early laps. I started to suffer with arm pump, which is something I haven’t really experienced before. I had a little bit of it last time we raced here, but nothing very bad, whereas this year I could barely use the lever. I’m extremely disappointed, for myself but also for the team, because we’ve been trying hard and we wanted and needed a good result. I thought I would get a top 5, which would’ve been a boost, but it wasn’t to be and luck wasn’t on my side again. I’ll consult with the doctors to see if I need surgery in the winter, because it’s horrible.