Sixth podium of the season for Jake Dixon with 3rd in #MalaysianGP, 13th for Albert Arenas 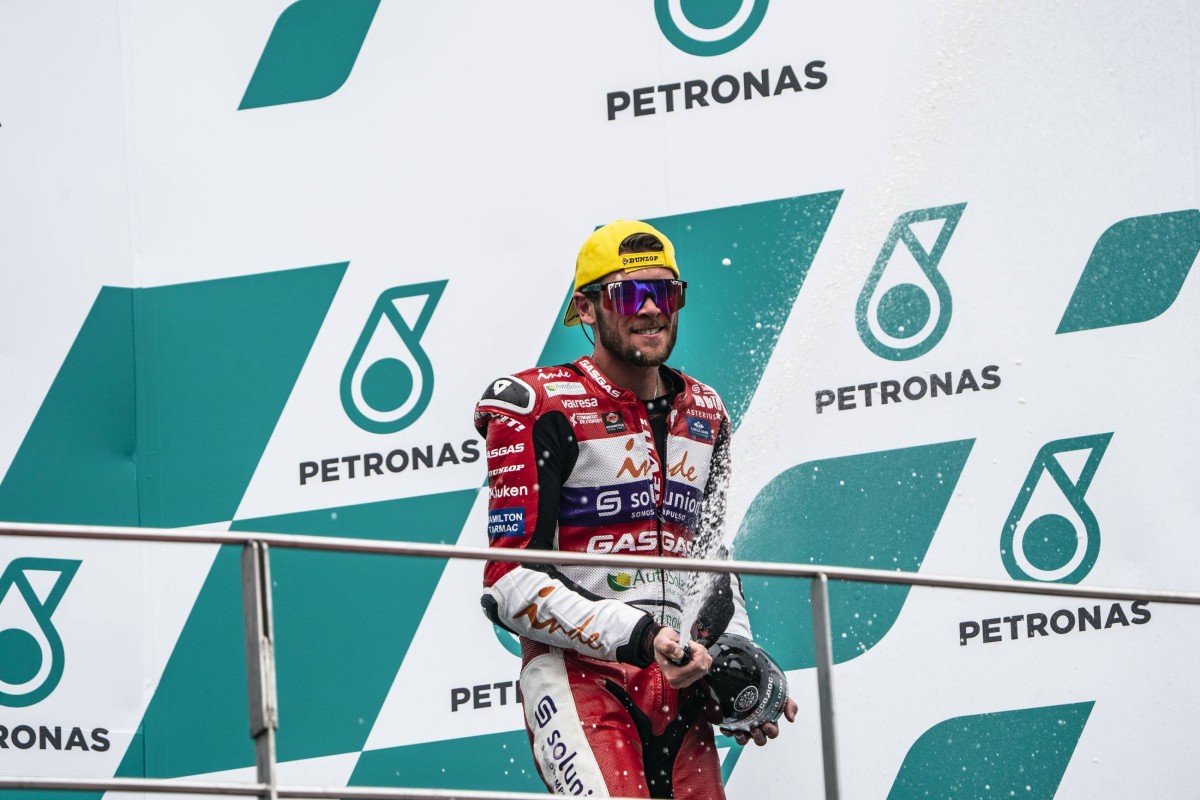 Malaysian Grand Prix ended for Moto2 riders with victory for Tony Arbolino, the third of the season for the Italian. The podium was completed by Alonso López and Inde GASGAS Aspar rider, Jake Dixon. At Sepang there has also been a key moment to the race for the championship. Ai Ogura suffered a crash on the last lap, when he was fighting for the win, which made impossible for him to finish the race. With this crash and the fourth position of Augusto Fernández, the Spanish rider has taken back the lead of the World Championship again with a distance of 9.5 points over the Japanese rider. Therefore, the Moto2 title will be decided in the last race of the championship in Valencia.

Inde GASGAS Aspar riders had an intense race in Malaysia. Jake Dixon was fighting for the front positions throughout the race. With five laps to go, the British rider was involved in a battle with Augusto Fernandez and emerged victorious. In the end, the British rider finished in third position, scoring 16 points, which place him sixth in the overall standings. His teammate Albert Arenas finished the Malaysian Grand Prix in thirteenth position. The Catalan rider scored three more points for the World Championship and will try to write a good ending in Valencia, his last race with the team.

It was a crazy race, right? I let them go at the beginning, and then slowly tried to catch them back up. I think I left it too far initially though, and used too much energy. Unfortunately for Ogura; he went down on the last lap, so that meant I got on the podium. People can see that I fought hard for every position I got – this one is for my darling wife and my baby-on-the-way; I love you both!

That’s a wrap for the Malaysian Grand Prix and some more points to take home. It’s not really want we want but it was difficult today because I couldn’t really find any feeling with the rear tyre. It’s like there was no grip at all, even though the bike felt great under braking and corner entry. A weird feeling because the rear was so loose, like we were riding on water. Anyway, all the points count.