Twelfth place in the #MalaysianGP, but DNF for Darryn Binder 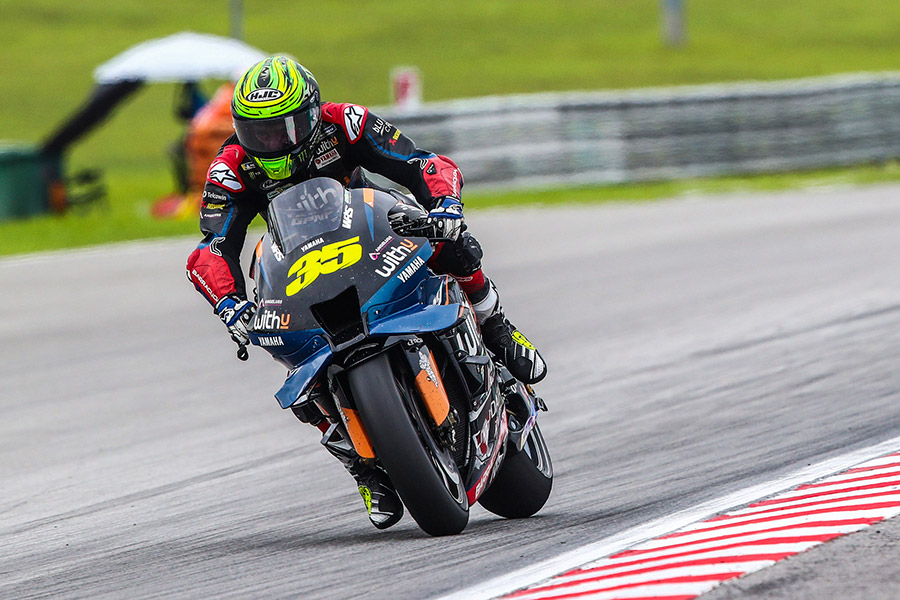 All eyes have been focused on the MotoGP World Championship title battle as well as the sky above the Sepang International Circuit on Sunday for round 19 of the 2022 season, the home race for WithU Yamaha RNF MotoGP Team. Cal Crutchlow did a strong race yet again, finishing in 12th position. Darryn Binder unfortunately crashed out at half distance.

In the scorching conditions Crutchlow delivered a good start of the 20 laps Malaysian Grand Prix. Coming from P15 on the grid, he made up one position on the first lap, but found himself back in 16th after lap six. Nevertheless, the Brit kept a decent pace, benefited from a few crashes ahead of him and eventually caught up in the second half of the race. Crutchlow crossed the line in 12th, which is his best result out of five rounds he competed in so far.

On the other hand, Binder did his usual start flying off the line, catching half the field in the initial stages of the race. After he had to start last, he was in an impressive 11th position after the third lap. Although he tried all he could, he struggled to stop his bike after a few laps and was back in P16. Although the MotoGP rookie was fighting hard, he couldn’t avoid a crash on lap 11, which unfortunately ended his chase for a decent result prematurely.

“I was pleased to finish the race actually, it’s a difficult race to finish because of the tyre situation and managing the race. I didn’t have a great pace in the race, we had a small problem. I had an amazing start, probably the best start I had on any Yamaha all year, but then I went into turn two and nearly crashed like in the Qualifying yesterday where i lost the rear. I lost some positions but I was quite comfortable, I was pushed out at one point where I went back four positions. In the last three laps, I managed to pass both Maverick Vinales and Miguel Oliveira and got some good points for the team. In the end, we can go away happy as a team, I did my job and now we’re on to Valencia.”

“Overall, it’s been a little bit of a difficult weekend. Unfortunately, starting at the back of the grid today, I knew that I would have to get a good start and make some places up in the beginning if I wanted a chance to fight for some points. I managed to get a really good start and was feeling good in the first six laps, and then started to struggle a little bit and I didn’t have the same pace as the group that I was in, but at the same time I was just trying to keep my rhythm and keep myself inside the points. Unfortunately in lap 11, I took the front going into turn five. A really disappointing end to the weekend. But anyway, we go to the last race and we will do our best.”