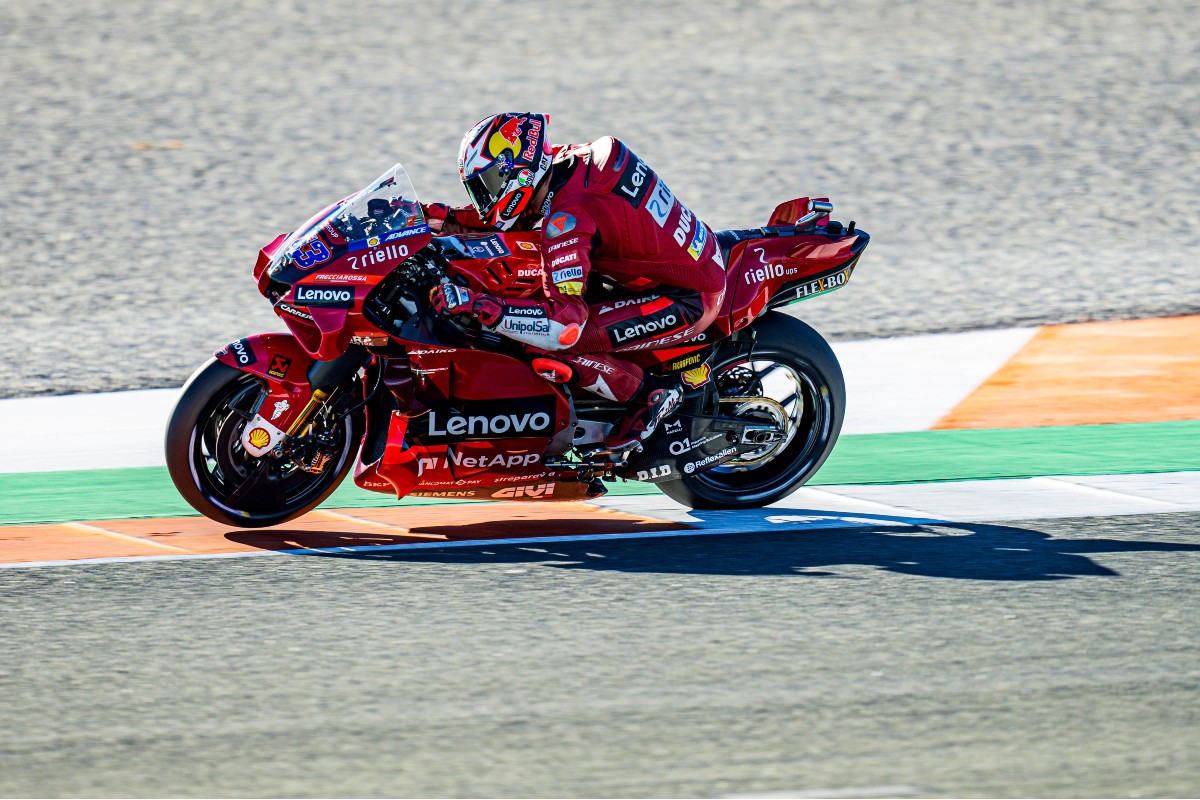 Jack Miller will start from the front row in the Valencia GP, the last round of the 2022 MotoGP season, which will be held tomorrow at the Circuit Ricardo Tormo in Cheste. The Ducati Lenovo Team rider set the third fastest time in qualifying at the Spanish track this afternoon, despite suffering a small crash at Turn 2 during his last time attack. First at the end of FP3 held this morning, Miller showed an excellent race pace during FP4 and then continued to be competitive in qualifying, taking his seventh start from the front row this season.

Francesco Bagnaia, on the other hand, will start from eighth on the grid. The Italian rider, who took part directly in Q2 after finishing ninth in FP3, was unable to find the right feeling with the new tyre finishing qualifying in 1:30.049 and getting the start from the third row in tomorrow’s race.

In the last Grand Prix of the 2022 MotoGP season, Jorge Martin’s Desmosedici GP will start ahead of everyone. Thanks to a fast lap of 1:29.621, the Pramac Racing Team rider secured Ducati’s 16th pole position of the year, equalling the record of seasonal poles previously achieved by Honda.

I managed to set a good time with the first soft tyre, and I knew I still had some margin to push harder. I tried with the second one, but I probably got too caught up and overdid it by sliding in Turn 2. Overall, I’m thrilled with how this weekend is going. The bike is working well: in FP4, I rode 20 laps while maintaining a high pace, which makes me positive for tomorrow’s race. Starting from the front row will give us a few more chances to fight up there at the front: my goal is to be able to end my time with Ducati in the best possible way.

It wasn’t the result we were hoping for today, but with the new tyres, I’m struggling to find grip. In any case, we know we have a more competitive pace with the used tyres, and this is good for the race. It won’t be easy since we will start eighth, but the important thing will be to get a good start and get in front in the early laps so we can have a little more margin.

The Ducati Lenovo Team will be back on track tomorrow morning at 9:40am for the warm-up, while the last race of the season will start at 2pm local time over a 27-lap distance.