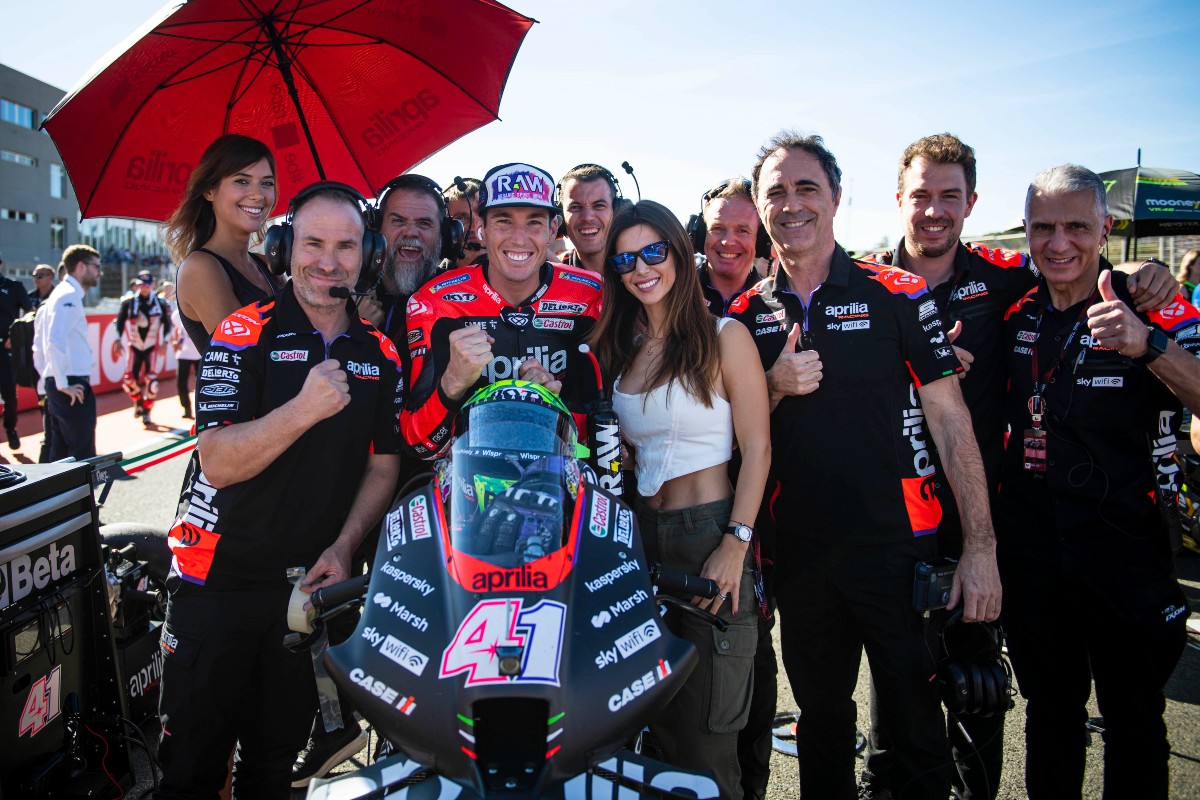 The MotoGP season did not end as hoped (and probably deserved) for Aprilia. Both Espargaró and Viñales stopped due to technical problems, probably fuel draught for Aleix and at the front of the bike for Maverick. These are problems that had not occurred throughout the weekend where, to the contrary, both riders demonstrated an outstanding pace and started from good positions, but where they were kept from battling for the desired results in the championship standings.

In Valencia, Aprilia ends the season of their first world championship win, a total of nine podium finishes and two pole positions, with records set in terms of points and placements. Never before, in their brief history, had Aprilia risen so high in the premier class.

Battling for third place was a dream for me, something historic, especially with the current level of the championship. I think it would have been possible but unfortunately, a technical problem forced me to withdraw. It’s a pity after the season we had. I gave it my all from the first to the last race and I have no regrets. That’s racing – things don’t always go the way you expect them to. Now we need to continue working because next season represents a new opportunity to do well.

What happened is a real pity. We had the pace and rhythm to battle for the very top positions but I had a problem with the front of the bike and my race ended there. We’ve done a lot this season but we need to improve. I had problems in the early stages of the season finding the right settings and then again in the finale. We need to work hard and learn from this season.

We are angry and disappointed. Evaluating our season, we should look at the glass as half full, but it’s hard for me to do that today. We had goals that were within our potential and deserved, such as third place for Aleix and second in the Constructors and Teams standings. Extraordinary results that would have been the just rewards for the hard work done by all of Aprilia Racing but evidently we are still not accustomed to battling consistently for the highest objectives. In order to do that, we need to learn to always be perfect, on the track and in Noale. Our championship season is still important and represents an exceptional base of results from which to resume. The last race does not change the certainty that we made a huge step forward and we’ll be back in 2023 to try again with four bikes on the track and renewed ambitions. Now I’d like to congratulate Ducati and Bagnaia for their season and say goodbye to Suzuki, in the hopes that we’ll see them again in the future.