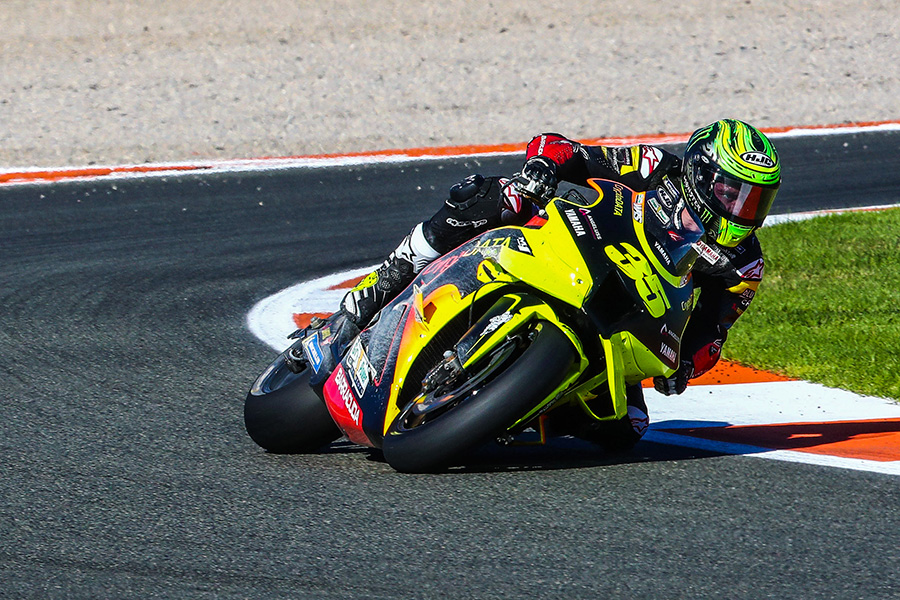 After 20 thrilling rounds across the globe, the final weekend of the MotoGP World Championship 2022 that took place at the Circuit Ricardo Tormo saw a disappointing end for the WithU Yamaha RNF MotoGP Team today, as both, Darryn Binder and Cal Crutchlow unluckily crashed, although the latter managed to remount on his Yamaha YZR-M1 to see the chequered flag in P16.

Crutchlow had qualified in 17th position and kept the place on the first lap. He then struggled to keep his pace and lost a position on lap four. Yet he kept fighting and caught up again. He was back in the points scoring positions on lap seven, but crashed on the same lap. However, he managed to get back in the saddle and lined up in P20 with more than 50 seconds to the rider in front. He eventually benefited from some crashes in front of him and finally saw the flag in P16 finishing his 6th race of the season after coming from retirement replacing Andrea Dovizioso from the San Marino Grand Prix.

On the other side, Darryn Binder was struggling throughout the entire weekend. Several crashes lead to the South African losing his confidence on the bike. Nevertheless, he pushed hard from the back of the grid from lap one. He was able to keep P23 on the first four laps, but then fell victim to his lack of confidence on lap five and lost the front, which unfortunately led to an early end of his rookie season in the premier class.

“I’m happy with what we have done in the last six races, I felt good, I felt a lot better than I thought I would feel. This weekend was difficult but I honestly believed I would have had a good result, the problem was I felt that the tyre pressure at the start of the race, this was evidently why I crashed because of the massive rise in pressure, it was way over when I crashed. And then when I rode round alone it was in a perfect range, I had a great pace where I wanted to. I was just making sure I finished the race incase I could get a point for the team. Overall, not a bad weekend, my pace was okay, nothing really really special. We did our job for YAMAHA and for the RNF MotoGP Team and now I can go home happy.”

“I’m really upset and disappointed to finish my last Grand Prix weekend the way this one went. It has been a really really tough weekend for me, I’ve struggled all weekend with feelings on the bike and unfortunately I’ve had many crashes this weekend. In the race I just started and I was at the back of the pack and I was just trying to figure things out for myself and build it up lap by lap, because I wasn’t really able to push and didn’t have a great feeling and I had another crashed heading into Turn 2. It was probably the worst weekend of my year, but it is what is. It has been a cool year and I really enjoyed every moment of riding the MotoGP bike and I can’t thank everybody enough who was part of this year with me and thanks for the great opportunity. I had an amazing team and they supported me all the way until the end and I am grateful to them and to everyone who supported me. I am now looking forward to my new adventure.”

#ValenciaGP, cal crutchlow
Get All Our Latest News Sent Direct To Your Inbox
Join 30,292 other subscribers.
Follow on Social Media
Get the VROOM Podcast